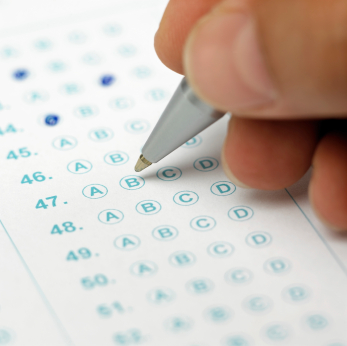 Microcontroller Evolution at an End?

How normal are you?

Surveys provide an interesting look at the world and a “sanity check” by comparing our colleagues’ responses to our own. “Am I a typical programmer, or am I the only one who…?”

Recently I’ve been beavering away on a survey of microcontroller chip makers, users, and developers. The responses were good, and they give us a peek into what users want, need, and don’t want. We also get some hints on what microcontroller makers are planning and what they’re not.

The first question on our survey asked respondents to pick out the biggest large-scale trends they saw coming in the microcontroller industry. Some of the answers we anticipated; others were surprising.

Lower power consumption got a big response, of course. We’ll get back to that in a moment.

Higher integration was another regular favorite among our survey-takers. Specifically, vendors identified analog peripherals and display drivers as the “next big thing” to hit microcontrollers. Some of those features are already available, but their uptake is about to really ramp up, said the chip makers.

I was a bit surprised by lukewarm response to integrating Ethernet or USB 3.0 on new devices. Given the popularity of Internet-enabled everything, I’d expected a stronger response for net-centric peripherals, but that didn’t pan out. (Plenty of microcontroller vendors do make Ethernet-enabled chips, though.) And given that the USB 3.0 specification is now a year old, I’d expected to see that feature pop up a few times. Oh, well… maybe next year.

The word “multicore” cropped up a lot, even among those making or using little 8-bit MCUs. Is this a marketing feature or engineering reality? With the decreasing cost of transistors, combining multiple 8-bit cores onto a single chip is seen as a good alternative to upgrading to a 16- or 32-bit chip family. That way, programmers can keep some or all of their old code while still maintaining expertise with familiar tools.

Hey, I’m a big fan of multicore technology, but I’m also skeptical that most microcontroller users actually want to tackle a multicore project. Programming one MCU is hard enough; corralling two or more and getting them to dance in lockstep is a lot tougher, and very few software tools are multicore-aware, especially in microcontroller land. Some serious R&D is going to be needed before that can happen.

Nearly all the survey respondents identified lower power consumption as a big trend, which is good. With lower-power microcontrollers, everybody wins. They use less electricity, they give off less heat, they cost less to power and to cool, and it’s even good for the environment.

To a great extent, lower power consumption is a freebie: it’s a happy side effect of Moore’s Law. As silicon-fabrication geometries get smaller and smaller, supply voltages naturally decline. They have to: you’d melt the chips otherwise, which is why we don’t see 12V (or even 5V) power supplies on chips very often any more. Today’s 3.3V (and lower) supply voltages are a mandatory, but fortunate, side effect of those smaller process geometries.

Paradoxically, microcontrollers lag a bit behind their high-end CPU brethren in adopting the very lowest supply voltages. Getting to really low voltage (like 1.2V or even 0.8V) requires leading-edge silicon manufacturing, and most MCU makers can’t afford that, preferring to stay one or two generations back. Give it another year or two.

Silicon physics is only half of the equation. A true low-power device must be designed to consume less power. Advances in silicon fabrication will get you some benefit, but clever design can get you even more. It also gets you a competitive advantage. Since everyone – both you and your competitors – benefit from the same physics that lowers power with voltage, you wind up at a competitive standstill. Your chips are more power-efficient than last year’s, but so are everybody else’s. That might make your customers happy, but it won’t differentiate you from the other guys.

To really stand out, the microcontroller makers have to design-in lower power, often with split power planes, deep-sleep modes, and low-leakage silicon manufacturing. These aren’t freebies; they cost money to design and integrate, but nearly all the vendors agreed that it’s necessary. Most of the changes are transparent to programmers or hardware engineers. Others, like sleep modes, need software support. But overall, both customers and suppliers seemed very pleased with their progress on the power front. This is encouraging progress, and some of the new low-power modes are very clever and efficient.

Another recurring theme in the survey responses was code compression. Today, most embedded systems expend more silicon (and therefore, cost) on memory than on logic. Peek inside the average microcontroller chip and you’ll see mostly memory and peripherals, with a tiny 8-, 16-, or 32-bit processor core lurking somewhere amidst all the storage and I/O. It’s no surprise that cost-saving measures begin with code storage.

Most 8- and 16-bit MCUs are already pretty thrifty with memory. That’s no accident; they were designed that way, and they benefit from smaller address spaces and register sets. But many (though not all) 32-bit processor families are downright wasteful of code storage. RISC architectures, in particular, are notorious for gobbling up memory. So what’s a 32-bit micro vendor to do?

If you can’t redesign the instruction set, then compress the instructions you’ve got. Older 32-bit families like ColdFire are pretty economical with memory, thanks to its roots in the older 68K family. But newer 32-bit RISC families like ARM, MIPS, and PowerPC need a bit of help to get down to ColdFire-like efficiency.

Fortunately, all three have implemented clever code-compression strategies. ARM and MIPS chips usually come with “lite” versions of the instruction set that’s fully supported by the software tools and is more-or-less transparent to the programmer. It’s almost like getting something for nothing. The PowerPC technique is considerably more elaborate, though rarely seen in the wild. That’s okay, because PowerPC’s code density isn’t all that bad to begin with (by RISC standards) and most PowerPC chips go into high-end systems anyway.

If code compression is so important, it begs the question: was RISC a bad idea? Back in the 1990s RISC seemed the right way forward; the proper way to design a modern processor. And RISC has certainly caught on in a big way: ARM’s licensees ship far more chips every year than Intel does. But RISC’s technical elegance doesn’t translate very well into the real world, which explains the popularity of Thumb-2, MIPS16, and the other code-compression schemes, not to mention the additions and deletions to their instruction sets over time. Watered-down RISC seems to be the wave of the future.

In the 8- and 16-bit range, code compression isn’t necessary and we don’t expect to see any. These chip families rely almost entirely on CISC architectures, so they’re generally fine as they are.

The survey included business-related questions as well as technical ones. For starters, I asked about startups, “Is there room in today’s microcontroller business for a new MCU maker?”

The reactions were mixed. Some chip vendors said yes (even though startups would present new competition). Other chip vendors said, probably not. On one hand, the microcontroller market is huge – to the tune of billions of MCU chips per year – and very fragmented, with no dominant supplier. Surely such a large and growing market can find room for one more?

On the other hand, some vendors pointed out that the MCU market is already well-served, and that most vendors are locked in mortal combat with their competitors. The differentiation among vendors is sometimes very small. In such a competitive market, what chance would a new startup have?

Personally, I do think there’s a chance for a new MCU startup, but only if it brings something distinctly new to the market – and that’s a very tough call. Naturally, every entrepreneur thinks his new brainstorm will cause the world to beat a path to his door. Oftentimes that vision is clouded, however, by lack of distance and objectivity. We all love our own ideas, just as we love our kids’ pictures on the refrigerator door. What’s innovative to an engineer, though, might be ho-hum to the buying public. (That’s partly why engineers generally make poor business managers.) If you have something truly different, there’s always room in the market. What constitutes truly different? Ah, that’s a discussion for another day.