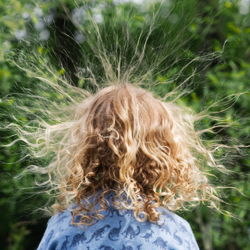 For a silicon company, Microchip has the best brand name ever. Even your grandmother knows what a “microchip” is, even if she isn’t clear on what they do. Like Scotch tape, Xerox copiers, and Kleenex snot rags, Microchip has built-in name recognition. (Insider trivia: here in the publishing business we get letters from trademark lawyers gently reminding us not to use words like Coke, Xerox, and Kleenex as generic nouns. A weird one came from a certain agricultural firm to remind me not to call tractors “caterpillars;” does anyone really do that?)

Microchip’s biggest challenge isn’t protecting its brand name but keeping its complex product line straight. At last count, I think the company made 3.72 zillion different kinds of microcontrollers. They’ve abandoned any semblance of meaningful names or part numbers for them all; I think they just assign a serial number at birth and call it good.

The latest case in point is the new PIC16F1823 and its litter-mates, the ’1824 through ’1947. They’re all part of Microchip’s PIC16F family, obviously enough, but with… umm… some differences from all the other PIC16F chips.

The big differentiator is power consumption. These eleven new chips are all part of Microchip’s nanowatt XLP family, meaning they’re designed and fabricated in such a way that they reduce the PIC16’s already low power numbers still further.

How much lower? Microchip says these chips sip power like a Prohibitionist sips whisky. At around 100 microwatts per megahertz, the PIC16F1823 could probably run on bright sunlight. Rubbing a cat could keep one going for weeks. And that’s active current; in sleep mode these things seem like they might actually produce energy.

If you’re not an expert on Microchip’s product line, welcome to the club. Briefly, the PIC16F family are all 8-bit microcontrollers with a little bit of flash memory (hence the interstitial F), a little bit on on-chip RAM, and a very little package (usually 8 to 20 pins). This is what Microchip calls its midrange 8-bit family; only Microchip could get away with calling 8-bitters “midrange.”

Another thing all PIC16F chips have in common is their unusual 14-bit instruction word. That’s not a typo; Microchip cares little for computer science orthodoxy or tradition and designs its instruction sets any way it darn well pleases. Since all code is stored in on-chip ROM anyway, it doesn’t much matter how long the instruction words are. Still, it takes a bit of getting used to. Your average PIC16F chip will have somewhere around 30–50 instructions; the exact count depends on the specific chip. Although not RISC processors in the traditional sense, their instruction sets are about as reduced as you can get.

In an interesting twist, Microchip shows how the new low-power PIC16F chips can operate at 2 MHz from just a CR2032 coin cell, a battery not renowned for its current delivery. Competing 8-bit micros either wouldn’t run from a coin cell at all, or they’ll run at very low speed. An interesting idea if you’re building very small devices.

Some of the eleven new chips come with LCD controllers. Some come with a comparatively whopping 4K to 16K words (not bytes) of flash memory for code storage. Some have analog-to-digital converters. And some even have capacitive touch-screen interfaces, all the better to sex up the LCD display. Prices are in the range of $0.69 to $1.74 for big quantities. Basic software-development tools are free, with up-level versions selling for $50 to $100 or so. Not a major outlay no matter how you look at it.

If you can just remember the part numbers long enough to make it to your local Microchip store, you’ll probably be happy with what you get.