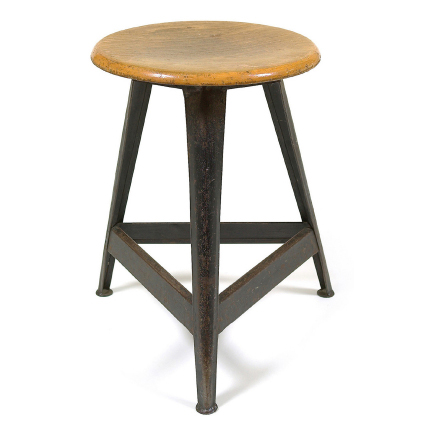 Actel’s triple play is a new chip that combines the three things most embedded designers need: a microprocessor, an FPGA, and analog circuitry. The company calls the conglomeration SmartFusion on the theory that it fuses three disparate features into one device.

Processors in FPGAs aren’t new, but they’re not always successful. The big FPGA companies have done it before, and every engineering undergrad has probably tried stuffing a microcontroller into an FPGA at some point. The result is usually awkward, power-hungry, slow, and expensive. Programmable logic just isn’t a good match for the resources that a processor requires.

Things got better technically with “diffused” processors on the same die as the FPGA. These didn’t use up any programmable logic but didn’t communicate with the FPGA all that well, either. Actel thinks it’s done this part right and then added some icing to the cake.

All three parts of SmartFusion are equally important, but we’ll start with the processor. It’s the now-familiar ARM Cortex-M3, running at 100 MHz, and it comes with its own memory in the form of 64K to 512K (depending on the specific chip) of flash plus another 16K or 64K of SRAM (again, depending on the chip). The M3 is surrounded by peripherals, too, including a 10/100 Ethernet MAC, two UARTs, SPI and I2C ports, timers, RTC, and a DMA controller. In short, it looks like most Cortex-based microcontrollers that sell for $5 or so.

Except that it’s welded to a big FPGA. It’s the proASIC3 logic architecture, which Actel has been making for a number of years. If you’ve used Actel’s FPGAs before then SmartFusion will hold no surprises. There’s anywhere from 60,000 to 500,000 gates of programmable logic organized into 1500 to 11,000 tiles. So it’s a fairly sizable FPGA, not just a bit of logic stuck to the side of a processor.

Probably the most unusual part of the SmartFusion chips is their programmable analog circuitry. Analog components give most digital designers the willies; programmers and computer engineers forgot most of their “real” electronics theory about five minutes after getting their EE degree. When there’s analog design work to be done, it’s usually handed to that weird guy in the corner with the long hair and Birkenstocks. Even other electrical engineers think analog guys are nerdy.

Worry no more, because SmartFusion makes analog circuitry digital-friendly. It’s programmable in the sense that you can configure its features, functions, and interconnection in the same way that you program an FPGA. It’s basically drag-and-drop analog design, no advanced degree required. And for a great swath of the embedded-design community, that’s a welcome relief.

Encapsulated within SmartFusion’s big analog block are ADCs with 8-, 10-, or 12-bit SAR resolution – your choice. You’ll also find one or more 12-bit sigma-delta DACs, depending on the specific chip. A handful of analog comparators, current monitors, temperature monitors, and analog prescalers round out the analog block.

Well, not entirely. In addition to the genuine analog stuff, there’s also something called an analog compute engine (ACE). The ACE is a whole ’nother processor in itself, dedicated to handling just analog work. It’s sort of like a smart DMA that can offload some of the more routine analog data-movement tasks from the ARM processor. It’s more than a DMA but not quite a second processor, and it appears as a peripheral controller in the ARM processor’s memory space.

Tying It All Together

Apart from reducing two chips (a processor and an FPGA) into one and sweeping up a bunch of analog components, SmartFusion has interesting implications for security and reverse engineering. Keeping all your software, digital logic, and analog circuitry under one roof means signals and software never leave the chip. With no exposed bus transactions or code fetches, it’ll be hard for nefarious hackers to figure out what your chip is doing, much less how it’s doing it. Rub off the Actel logo and you’d make the device totally inscrutable to outsiders.

Although the new SmartFusion chips have a fixed pool of resources like any chip, they’re infinitely reconfigurable. The ARM code is stored in on-chip flash so software patches and upgrades can be installed at any time; the FPGA logic is field-programmable by definition; the analog circuitry is reconfigurable over and over. Even the package pin-outs are changeable through programming options. SmartFusion may spell the end of blue wires on the back of prototype boards.