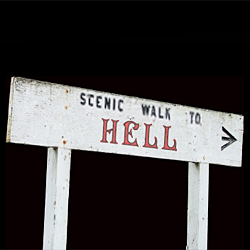 Our design and development team was lean and efficient.  We had five engineers, and we all knew what we were doing.  One of us was probably designated as the “project lead,” but in practice that hardly mattered.  That engineer simply acted as the public face of the group to the rest of the company.  Within the team everybody intuitively knew their role, and the complex interactions were never choreographed from any centralized management.  The team was an organic, competent, flexible, almost single-minded machine.

The product evolved very quickly.  I’d find a bug during my development and ping one of the other engineers across the room – “Hey, could you take a look at this? I’m not getting the right data back from your module here…”  The other guy would immediately look at the problem, spot his mistake, and bang out a quick fix – or he’d realize the problem wasn’t actually in his module but because a third engineer hadn’t quite finished her work yet.  He’d show me the workaround he was using and we’d both be back to full-steam productivity again.

When the product first launched, it was awesome.  Our team had a clean vision for what the product should be, and we executed that vision extremely well.  However, we were in a fast-moving market.  We had left a lot out of the first version of the product in order to get to market faster.  We immediately started working on the second version – adding the new features we knew we needed, fixing problems found by our customers in the first version, and responding to things our competitors had done in the interim.

Since we had all these actions coming from all these directions, and since we were an all-grown-up engineering team with a real product on the market, and since our product contained a lot of software, we had a growing number of bug reports piling up.  Our management team decided it was time for a bug-tracking system.  The only thing we needed was to come up with a proper method of prioritizing bugs and fixes.

At this point in any project, big red warning signs, blinking lights, and danger buzzers should go off.  You see, as we try to make a set of rules to govern our engineering work, we enter a conceptual vortex where we are attempting to replace our hard-earned engineering judgment with a simple set of rules.  The truth is, this cannot be done. Trying to do so will inevitably result in almost unbearable pain and agony for the development team, but don’t concern yourself with that right now, let’s get back to our story.

It’s simple enough to make a priority system, right?  We’ll assign rankings from one to five – with five being the most important and one being the least.

Well, except one detail. Since our support people and our QA people and our marketing people (oh yeah, and even engineers) will be assigning these priorities, we probably need to give some definitions and guidelines for each level.  How about 5=critical, 4=high, 3=medium, 2=low, and 1=nice-to-have?

Marketing starts putting their “wish list” into the system, customer support starts filing bug reports on behalf of customers, and QA begins filling the system with problems they’re turning up in their newly-created tests.  Game on.  Hundreds of tickets flood the system.

After an initial week or two of euphoria, the novelty wears off.  Marketing had started off being nice, filing all their ideas for future improvements as “1 – nice-to-have.”  Now, they see the error of their ways.  Their work is hopelessly lost at the bottom of the queue.  They start kicking up the priority.  Some features MUST be added or our competitors will have a field day.  Customer support gets in a bidding war with marketing – we have a few customers down with serious issues – those need attention now.  Not to be left out, QA starts bumping their priorities up – their test failures cannot be ignored.

Furthermore, Management has now discovered that we have a bug-tracking system, and they decide they can measure the effectiveness of our engineering team and the quality of our product by the number and priority of open bugs.  Somebody in accounting helpfully suggests creating a metric “The Score” based on multiplying the priority by the number of open bugs, and summing that across all five priorities.  Our team now has a (Management Lameness) “Score” of approximately ten zillion.

By week 3, every engineer on the team has a file of critical bug reports that could account for about four years of work.  We have no idea which issues to tackle first, and Management thinks we’re the worst engineering team ever assembled.  Our highly-successful product is even rumored to be on the chopping block for de-funding, and HR is busy re-calculating our bonus schedule to include a metric for open bug count.  Panic sets in, followed by depression.

We have to do something.

We create a small committee to review incoming bug reports, re-prioritize them, and assign them to the appropriate engineer.  By forming a team of engineering, marketing, support, and QA, and by defining a set of criteria for each priority level, we could bring sanity back to the process.  Now we just need to define those priority levels much more crisply. This is important business!

Level 5 will now be reserved for the most egregious, bonus-busting, customer-stopping, safety-critical, lawsuit-generating issues.  Do you think your issue is bad?  It’s not a level 5.  Just try us.  Short of a problem that causes an unintended thermonuclear detonation in a highly-populated area with an indigenous population of nuns, children, and fuzzy-cuddly animals, we will not assign a 5.  The purpose of level 5 is to have a level that is more important than anything we’ve ever seen, so that if and when such a problem arises, we’ll be able to move it to the top of the list.  (This is also a great strategy for immediately whacking our management bug metric down to a much more manageable number in record time.)

Level 4 is now the highest level we expect to see.  Level 4 is “High” right?  If our product has a 10% chance of killing the operator – that should be a 4.  If sales is unable to sell a single copy because the product won’t start during a demo… maybe a 4 as well.

Three, two, and one would be the new five.  We wouldn’t be gamed by the system any more.  The review committee would be sure that the new definitions would be enforced.

Well, except bug review committee meetings started to get long.  There was endless arguing over priorities.   Meetings were moved to Friday, and sometimes the review meeting took the entire day.  Since our team had only five engineers, losing 20% of one of them to bug review was expensive.  It was expensive for marketing and support too – and attendance at the meetings dropped.  QA started stacking the deck so that their more controversial issues were discussed when people likely to oppose them were not present.  The system took on all the political trappings of a legislative body.

Additionally, lines of conflict started to emerge based on definitions.  Which was more important – a bug that had a .01% chance of occurring with enormous consequences, or a bug that had a 99% chance of occurring with minor consequences?  The idea of probability of occurrence versus consequences of occurrence could not be resolved.  We needed two ratings for each bug – priority and… severity.  Now, we could have a severity of Critical = “very, very bad when it happens”, and a priority of 2 = “not very likely to happen”.  Everyone could understand what a 2C meant – not likely to happen, but bad when it does.  5L – happens a lot but not a big deal.

Well, almost.  Now, engineers didn’t know what to work on first.  With this 2D matrix of ratings, things had gotten quite complicated.  Plus, engineers argued, there was no way to differentiate between a quick, 5-minute fix and a problem that would require a complete overhaul of the system architecture.  Furthermore, there was no way to account for the potential risk associated with a fix.  Changing a font on a screen display was a whole different level of risk than re-doing a database schema.  There was serious consideration to bringing 2 more types of rating to the system.  On top of all that, we had to differentiate between problems in the version of the product that was shipping and problems in the pre-production version we were still developing.  The bug tracking system became a self-aware, dangerous, complex, evolving beast.  Everyone lived in fear and reverence.

Over time, our obsession with bug priorities and severities surpassed our desire to please our customers.  It was more important than building a good product.  It got more attention than making money.  We spent more time, energy, and stress playing our internal bug tracking and prioritizing game than we did working on the product.

Something had to be done.

During the course of the priority wars, our project lead had lost his job.  Management held him accountable for a massive uptick in the weighted quality metric (determined by a formula of bug priorities and severities averaged over time, and modified by closure and discovery rates).  As a result, I was now the  unwitting heir to the throne.  I decided to stealthily instigate a subversive solution to the systematic problem.

Our engineering representative quietly stopped attending the bug priority meetings.  Nobody minded, of course, because that was one less person to fight against their agenda.  Marketing, support, and QA never complained.

Next, I quietly instructed the engineers to stop worrying about the bug rankings.  I asked them to look over their lists, and to fix the things that, based on their own professional judgment, needed to be fixed.  I told them I would not hold them accountable for differentially weighted fix rate metrics.  I asked them to make the product great.

Externally I explained that we were now working on a new priority formula that took into account the priority, severity, risk, and fix effort, and yielded an optimum sequence for engineering work.  I claimed that this would give us the most possible product improvement in the shortest time.  I played with Excel for a few hours until I found a metric that went up and to the right based on past data.  I made a graph.  I put it on a PowerPoint slide.

Morale improved immediately.  Arguments between engineering and other teams ceased.  Productivity rose.  We encouraged the Marketing, Support and QA teams to fight hard to get the priorities and severities right.  We said it would make the product better, and with our new formula, we needed them to be vigilant.  “Garbage in – garbage out” we quoted.  They were impressed.  They knew that was a revered engineering phrase.

Engineers forgot all about priorities and severities.  They used their judgment again.  The product improved faster than ever.  Customers were happy.  Revenues went up and to the right.