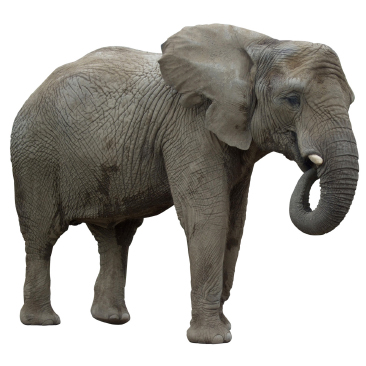 Does the name Intel ring a bell? Heard of them? If you’re an embedded designer, you can be forgiven for not knowing much about Intel. After all, aren’t they the company that makes the… what’dya call it… PC processors? What’s that got to do with embedded systems?

Well, it’s time to wake up and smell the espresso, because Intel is jumping into the embedded-processor pool with both feet. Last week, the world’s most profitable chipmaker unleashed ten new x86 processors specifically for embedded applications. And these ain’t no moldy old cast-off ’486 chips collecting dust behind the file cabinet, either. All ten of ’em are fast, fire-breathing multicore processors with high-end features. Everybody out of the pool. The whale just jumped in.

The new chips have a new name. They’re called the Core i3, Core i5, and Core i7. Just to make things more confusing, these are different from the existing Core Duo, Core Quad, and Core 2 product lines, further obfuscating the differences within Intel’s byzantine product line. Not by coincidence do the i3, i5, and i7 call to mind a certain Bavarian carmaker’s three model lines, since Intel was a big sponsor of BMW’s Formula 1 racing team. Besides, the three names help customers mentally organize the low, medium, and high-performance chips in the new product line.

Does This Thing Come With Turbo Boost?

It doesn’t matter. You can look them up at http://ark.intel.com. There you’ll find a sortable database of Intel’s diverse x86 processors, including all the new embedded varieties. You won’t find a gazetteer explaining the suffixes and infixes, however, although I’ve been assured by Intel’s product marketing ayatollah that there is a system and it does make sense. Maybe it’s an anti-counterfeiting measure or an elaborate checksum. Whatever.

What all the chips do have in common is a modern (i.e., currently used in PCs) CPU core design in both dual-core and quad-core configurations. They’ve also got multithreading (usually two threads per core), automatic clock gating (which Intel calls SpeedStep), and a new feature called TurboBoost. This is a clever clock-management scheme that detects when single-threaded code is running on a multicore/multithread-capable processor and automatically slows down the unused core while boosting the clock frequency of the active core. This saves power when running single-threaded code (which is most of the time). Interestingly, TurboBoost will even crank up the clock speed beyond the maximum rated CPU frequency, so your 2.5-GHz Core i7-610E might briefly run at close to 3 GHz. It’s like officially sanctioned overclocking. Intel now characterizes these chips with a “base” clock frequency rather than “maximum.” It’s a feature we’ll see more of in the future.

Not every Core i3, i5, or i7 chip is an embedded processor. Indeed, most of them aren’t. The company also launched a flotilla of PC-processor chips under the new name. In total, ten of the newly announced chips are officially treated as “embedded” processors, meaning that Intel promises to produce them for at least seven years. That’s a whole lot longer than the commercial half-life of your typical PC processor.

It’s clear that the gap between Intel’s embedded and non-embedded processors is closing. Unlike earlier embedded x86 chips, these run in the 1- to 3-GHz range and are manufactured in Intel’s ultra-modern 32- and 45-nm processes. Intel and AMD have historically banished their embedded chips to older, cost-amortized silicon foundries, which left embedded developers with stale, day-old chips. It’s nice to see Intel producing fresh and flavorful chips for embedded systems, and to guarantee they’ll be around for more than a few months. And because they’re nearly the same as PC processors, they can use PC-style chipsets. Another bonus for embedded developers accustomed to second-hand solutions.

Diving Into the Deep End

Why Intel’s sudden interest in embedded processors? Well for starters, it’s not sudden. The new i-series chips took years to develop, and they’ll stay in production for years to come. No company makes a decision like that lightly, or swiftly. Intel is as serious as it’s ever been about delivering quality processors for embedded applications. Atom was the first toe in the water; the i3/i5/i7 amount to the ankle, leg, and naughty bits.

More than anything, these chips are a response to ARM and its increasing dominance of the 32-bit embedded market. ARM ships five times more chips than Intel does, and that lead is growing. (Technically, ARM doesn’t ship any chips at all; its licensees do, but you get the idea.) Intel is particularly covetous of the netbooks, tablets, MIDs, cell phones, and other portable gadgets that ARM generally commandeers, often at the expense of traditional PC and notebook sales. After decades of dominating the fast-growing (and extraordinarily lucrative) PC market, Intel finally sees its grip slipping. It needs fast embedded processors that are cost-competitive with ARM, MIPS, and PowerPC, and it needs them now.

Two years ago, Atom made a big splash in a netbook market that was supposed to be ruled by ARM, MIPS, or just about anybody except Intel. But Atom’s x86 compatibility trumped the lower cost and lower power consumption of the alternatives. Once again, backward software compatibility turned the tide in Intel’s favor while its competitors were left standing on the shore.

Say what you want about x86 processors, they’re not the expensive, power-hungry, short-lived beasts they used to be. Intel has gotten embedded religion, and it looks like this time they mean it.