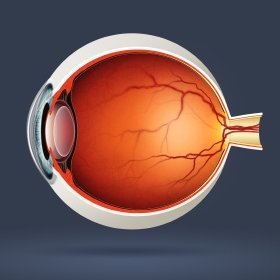 I was going to write about programming FPGAs this week, but instead, I am going to rave about a wonderful group of electronics engineers. I don’t know their names or even which the companies they work for, but they have transformed my life.

Unless you wear glasses, it is difficult to understand what a regular irritation and nuisance they are. You see the world constantly as though looking through a window, complete with a frame around it. They steam up, and in rain they make life difficult.

How do glasses play in the movies? In the classic moment in many old black and white films, the mousey little girl removes her glasses and the hero says, “Why, Miss Hackensack, you’re beautiful!” Otherwise, that’s about it.

There is, to be fair, a film in which glasses have a role. The Ipcress File stars Michael Caine as a spectacle-wearing secret agent. He is also a gourmet cook, by the standards of London in the 1960s. After cooking an exotic omelette for his stunning office colleague, they are sitting on a sofa and she asks, “Do you wear glasses all the time?” His response is, “Yes – except in bed.” She removes his glasses. Pan to right and fade.

This entire preamble is because, after 55 years of wearing glasses, I now no longer need them, except for close work. And that is only possible because of the work of all those unknown electronics engineers who created the diagnostic scanning and laser surgical equipment.

The cause of many vision problems, including short sight (Myopia), which has cursed my life, is that the cornea is wrongly shaped to focus the image on the retina. If you think of your digital camera, the retina is the CCD array, and the cornea is the lens in front. The answer to myopia is to change the shape of the cornea and bring the image into sharp focus on the retina.

Simple in theory, but obviously not easy to achieve in practice. Yet today, many thousands of corrective operations are carried out each year, using laser techniques to reshape the cornea. (I have seen numbers quoted of up to 2 million total operations so far.)

The treatment starts with intensive analysis of the shape and function of the eye. Over about half an hour I peered into different machines, while lights flashed and zoomed in my eyes, and printers printed sheets of information. One of the most impressive outputs was a sheet with two cornea maps in some form of false colour, with each cornea about five inches across.

The information from these, and from a conventional eye test, was used to programme the surgical lasers. In my case the operation was undertaken in two steps for each eye. (If your stomach is easily disturbed by graphic detail, then skip the next paragraph.)

For the surgery, you lie back, and they administer instant-acting anaesthetic drops in each eye. An initial laser silently cuts a flap from the cornea covering. The surgeon pulls the flap back, and a second laser burns away material from the cornea to form the new shape. This one is noisy and there is a mild smell of burning. Then the surgeon replaces the flap, and you are done. The lasers each run for around thirty seconds and the whole procedure, from climbing onto the bed to climbing off again, takes about 10 minutes.

Queasy readers resume here. Apart from the image of James Bond and the laser in Goldfinger (I kept my legs crossed), what was going through my mind while undergoing the evaluation was the huge amount of engineering involved. Clearly the evaluation equipment, while running under overall operator control, was using computer control of the different lights shining into my eyes. The equipment was then collecting and processing reflection information to build the maps that were needed for the surgeon.

The surgical lasers were clearly under electronic control, particularly the shaping laser, which has to be individually matched to each eye. As I am writing about safety-critical software for Embedded Technology Journal, it is interesting to wonder what Safety Integrity Level (SIL) these systems conformed to. I don’t even want to think about the development, testing and debugging of the software controlling the lasers.

To be honest, many of the thoughts about safety came only afterwards. If they had come before, then I might not have gone ahead. And while undergoing the procedure, my mind was in a minor state of blind panic (pun intended).

But, and this is the important bit, less than twenty-four hours later, I can see as well without glasses as I could before with them, looking at anything over about a metre distance (alright, a yard for you stuck with the Imperial system of measurement). And the things I see don’t have the lightly polished image that always seems to be there with glasses. (Look though a window and then open it and you will see what I mean.) In fact I have just been tested and am now at 20-20 vision, possibly for the first time in my life. Wow!

Less than a metre away, and I, like almost anyone over 60, need extra help. But instead of complex prescription lenses, I am wearing an off-the-shelf pair of magnifying glasses that cost a few pounds (multiply by 1.7 to get dollars). With the PC, twiddling screen resolution and then pushing up magnification in applications for browsing and word processing combine so that I can do most computer work without glasses.

I’ve been aware for some time of the increasing electronic content in medical equipment, reducing room-size diagnostic equipment to portable devices and increasing the link between measurement and treatment (blood-sugar level measurements linked directly to the dose delivered by an insulin pump, for example). And, given the market size for much of this equipment, several FPGA companies have discussed these applications in pitching new products. But it was the first time I have been so directly on the receiving end of a total change of treatment that was made possible by the use of electronics.

So, many thanks to the unknown people who designed, developed and debugged the hardware and software that measured and then changed my eyes. It is a genuine revelation. Regrets? Well after 50-plus years of taking glasses off for close work, it is going to take a while to get used to putting them on instead. And now I will not be able to recreate the Michael Caine moment (no – not the fight – the other one.)