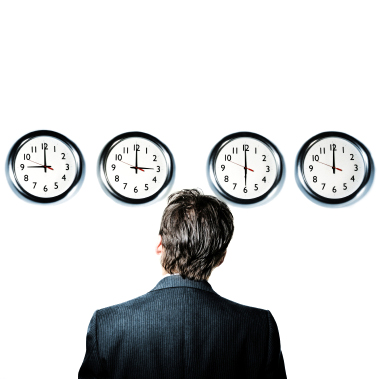 The problem with computers is that they have no common sense. They can’t simply do the normal thing in a normal situation, whatever that might be. High in a rarified Manhattan skyscraper, the team of architects bemoaned the brain-deadness of their building design tools. One of the more tech-savvy of the architects noted that it would be so awesome if someone could invent a “common sense” module for computers. You would access it using the “duh” function. Like, “if <condition> then <do the thing I specifically need> else duh()”. In other words, “else do the obvious thing” or “else don’t be a moron.”

Absent such intelligence, they had had to deal with the regrettable fact that a computer will do exactly what you say and nothing that you don’t say (except perhaps some side effects, but only if they’re undesirable). They had thought that using computers would simplify their process of checking construction plans for new houses, and it was actually starting to pay off, but things had gotten worse before they got better.

Up until then, it was actually faster to do the verification by hand. Now that they finally had the thing working, hopefully the computer would start saving them some time.

The two primary exceptions are “false paths” and “multi-cycle paths.” These are paths that don’t need to meet timing requirements (and, in all likelihood, won’t or can’t meet them). You don’t want a synthesis or place-and-route tool wasting effort trying to get those paths to meet timing. And you don’t want the timing analysis tool to fill the report with timing failures that you don’t care about. So you specify these paths as exceptions, which is generally done by creating constraints that specify the exceptions, so that the tool will ignore these paths.

It’s possible to think in terms of a couple kinds of exceptions: those that are done by intent and those that are done by design. If you know that your chip will, for example, have certain tests done at a much lower frequency than the typical operating frequency, then paths that are associated only with those tests can be marked as false, meaning they will be ignored when synthesizing for operating speed. There’s nothing in the design that makes this obvious; it’s only the designer’s brain that knows which paths these are.

There are also paths that, according to the design, make no sense from a standard timing perspective. Two registers, one after the other, with opposite clock polarities or with data select muxes having opposite select polarity, create a situation where the delay between them would actually have extra time before the downstream register would catch the data from the upstream one; this would be a multi-cycle path.

Because many exceptions have such signatures in the design, they can be proven outright as correct or not. This can be a useful thing, because, as you go through your design, marking exceptions, you may over-specify the exceptions so that you’re actually ignoring cases that shouldn’t be ignored. These can show up later as actual silicon bugs.

One solution is to specify your exceptions and then run a tool that verifies them formally. Those exceptions that are evident in the design will obviously pass, but the exceptions that only reflect intent would fail because, on its own, the verification tool has no way of knowing the intent.

And here’s where you start refining your exception specification. You can say that, under certain conditions, a path is false; or perhaps specify that, during a particular verification run, assume that certain external signals have a particular constant value that, for example, disables test circuitry. You can add variables that turn on or off bits of behavior for certain verification runs. By refining the exceptions more precisely, you end up encoding your intent in the exception, and the tool can now verify that the exception is valid only for those conditions where it should be valid.

Real Intent has been the incumbent in this space for several years, using formal methods to accomplish a number of different specific verification tasks. Their PureTime tool provides constraint and exception verification. While focusing on the gate level in the past, their version 3.2 release in August added the capability of verifying exceptions at the RTL level, which allows verification at the same level of abstraction as the design. They also provided more focus on verification and reporting for the exceptions themselves, in addition to the paths specified in the exceptions. And they added debugging capabilities for locating problems either in the exception definitions (typically SDC files or TCL scripts) or the design sources.

There’s a newcomer in this arena, however, a company with the picturesque name of Fishtail. They have a Confirm product that will validate exceptions that the user creates. But this is actually only one of a three-piece suite of tools.

If certain exceptions have a signature in the design that can be validated, then it stands to reason that those same exceptions could be automatically extracted from the design. This is the role of Fishtail’s Focus product. They have (at present) four different kinds of false path and one type of multi-cycle path that they can recognize and create exceptions for:

When a source and capture register for a path have two different clocks, a clock-to-clock false path is created.

They also used to generate multi-cycle paths for registers with mutually asynchronous clock rates, but it became clear that inferring this (in the absence of one clock being generated from the other in the design) didn’t make sense; it was much easier just to have the user specify the actual clock rates. So here’s an example of an exception that got moved from being considered a by-design exception to being a by-intent exception.

These two tools, then, provide you with a combination of exceptions, those automatically generated with Focus and those created by the user and verified through Confirm.

There’s one more piece they provide to help manage the design flow. As the design gets processed from RTL to gate level and beyond, changes occur each step of the way. Those changes may be as trivial as signals being renamed, but, as anyone who has tried to do anything remotely creative in the EDA space knows, renamed signals can torpedo the most innovative ideas. So Fishtail provides a tool called Refocus that can be used to keep the exceptions, as well as other timing constraints, in synch with the design each step of the way, resolving names and hierarchy and other issues so that, ultimately, constraints can be used at any level and issues and debugging can be managed at the RTL level.

Both Real Intent and Fishtail will point to various advantages of their respective tools beyond just the high-level features described here, but I’ll let them be the bearers of those messages and let them duke it out for themselves.

Of course, the need for all of these precise exceptions arises ultimately out of the failure of the engineering world to devise a common sense module that EDA tools can use. Once we’ve got that, these kinds of verification tools won’t be needed anymore. We’ll be the first to let you know when that happens.

Don’t wait up for it.