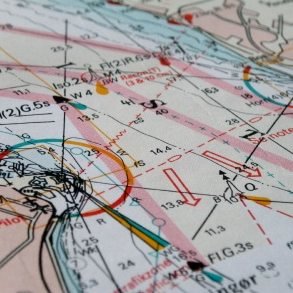 A World Of Their Own

They were your typical pack of teenage kids. By turns rough-and-tumble and vulnerable. On top of the world while at the same time knocked about by forces they didn’t understand or couldn’t control. Watching them on the beach that Saturday, they could have been any kids anywhere in the world. They’d fight, they’d squabble, they’d play, they’d slap each other’s backs, they’d even undulge the slightest hint of a hug. They competed with each other and yet they were the best of friends. Out for a day of sun, wind, and surf, music blaring, eating, drinking, dancing.

Yet occasionally they would glance down at the beach at this other guy who was hanging out by himself. He had his earpiece in, listening to some private music no one else could hear. He wasn’t doing any of the stuff the group was doing, he wasn’t dressed like they were, his hair was dyed bright colors and just a bit too shaggy, he used some offbeat brand of music player, and he had too many piercings. But he seemed at ease, content, sure of himself. They laughed at him as teenagers are wont to do; clearly he was weird or crazy or emo or something. And yet, as they watched him, wrapped up in his own thing, they secretly wondered if there was something he knew that they didn’t.

EDA is a complicated, fractured world. There are more or less two choices you have as a vendor. You can either be a big full-flow provider or you can build a point tool that fits into someone else’s flow. It’s rare you can be in between. You’ve got Cadence and Synopsys in the full-flow category; you’ve got Mentor who started as point-tool but, according to some, can’t come to grips with a full-flow identity even as they approach it asymptotically; and you’ve got Magma, who had aspirations of full-flow at one time but retrenched to focus solely on differentiating technology.

Then you’ve got dozens upon dozens of companies doing some very specific thing. And facing one of two typical futures: either they do what they do very well and get snapped up by one of the full-flow guys, or they languish and die. Occasionally a few will linger on like zombies, with a dozen customers that for some crazy reason won’t stop renewing their licenses. But those are few.

Another thing you can count on in EDA is complicated IT. Any tool that’s got a lick of self-esteem runs complicated interconnected scripts on Linux. In fact, real engineers eschew anything with the whiff of Microsoft. They scrupulously adhere to Office-alternatives and open-source browsers and email clients, and they remain fiercely proud of the interminable efforts and countless hours spent to ensure that what could be done much more quickly using Windows can be done without Windows.

But meanwhile, off in the corner, in a world all its own, resides a much less-sung company that seems to be ignoring the way everyone else is doing things. Tanner EDA focuses on analog. They provide a full flow. And – get this – they run on Windows. (Oh, sorry, I should have offered you the chance to sit down before I told you that.)

Because they focus on the analog world, it shouldn’t be quite as surprising to find something out of the ordinary. While they note that they might have some interest in the digital world at some point, they have been protected from flurry of technology and investment that has gone into manipulating logic gates. Any manager who’s a B-school grad with no background in technology can confidently quote Moore’s Law and demand a certain level of performance from engineering. But try that with analog engineers, and they might not even try to stifle the chuckles or outright hilarity that would ensue. That has kept the world slightly suspicious of analog, protecting them from much of the buffeting that EDA gets. Tanner is also heavily focused on MEMS (micro-electro-mechanical systems), another slightly magical technology, and has been involved in projects as exalted as the Mars Rover and as banal as tire pressure sensors.

Originating as an in-house tool, they found enough success to earn a spin-out so that they could sell it in the open market. Heady with that success, and, because they like integration, they have a tendency to do everything themselves. They have schematic capture (S-edit) – yes, this is analog, so they do schematics; they have simulation (T-Spice, W-Edit); they have physical layout (L-Edit); they have verification (several tools including a DRC and an LVS solution); and parasitic extraction (again, several tools). Almost all home-grown and integrated into their environment. They do provide data give-and-take with Mentor’s Calibre tools, but that’s all managed transparently over the network and appears to the user to be happening in the Tanner environment.

And that environment is unapologetically Windows. At one time they supported Sun-OS and HP-UX, but demand for those dropped away. They also supported – get this – the Mac, but it never made up more than 5% of their business. So they get the vast bulk of their nutrition from the PC. The only real challenges they’ve had to address are what they perceive as the prejudices against Windows and the growth of Linux. And, in fact, they just recently announced Linux support, so not even that’s a challenge anymore.

Pushing the limits of credibility even further, they’ve been around for 20 years. That’s less hard to believe when you realize that they’re a private company. Yes, it’s tough to grow and succeed without selling your soul to Wall Street, but if you get the right formula, you can actually do bizarre things like focusing on the long term rather than keeping your eyes locked unblinkingly on three-months-out to keep those pesky investors happy with more, more, more profits. But you’ve got to get the formula right – sometimes when the board of directors shakes things up, it’s for a good reason. If you’re heading into some bayou backwater with no investors to slap some sense into you, well you can pretty much disappear like the sheriff looking for Amos Moses.

Given all of this, when you step back and survey the EDA world, it really can feel like Tanner is off operating in its own little parallel universe. They seem unfazed by the fact that they do things differently. They’re perfectly content to keep on as they are. They don’t seem to feel the need to prove anything to anyone (although if asked, they’re happy to explain how they manage to find Windows as reliable as Linux).