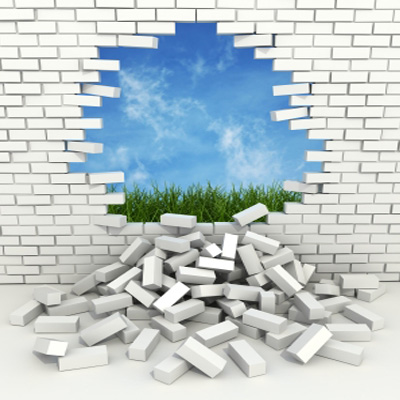 Beyond the Usual Suspects

Targeted Design Platforms and Other Stories
by Kevin Morris

We often discuss the proliferation of programmable logic into a plethora of new projects.  We’ve chronicled the capacity of FPGAs to carry us outside the domain of tried and true wired and wireless data communications into a world of other markets like consumer, automotive, avionics, virtual ASSP, and more.  The thing is, while the chips may work spectacularly well in many of these application areas, the design methodology often doesn’t.  Sure, all of us old-timers have been fluent in LUT-ese for years, and we live and breathe utilization reports, PnR optimization tuning, and bitmap blasting, but the newcomers who haven’t endured the pain of FPGA indoctrination often don’t have the patience to put a saddle on one of our favorite devices and learn to deal with its temperament and idiosyncrasies long enough to ride it.

The FPGA companies have been cognizant of this situation for years, but solving the problem requires a lot more than awareness.  Making a complete turnkey package that removes the designer fear-factor from FPGA design-in is a daunting challenge.  Over the last few years, a number of companies have launched attempts to conquer these adoption barriers.  The basic components of these solutions are mostly the same: reduce the training required to use the basic FPGA tools – simulation, synthesis, place-and-route, development boards…

Synplicity was one of the earliest to successfully attack the problem over a decade ago with the advent of “one button” synthesis.  By creating a tool that didn’t require black-belt ASIC-grade synthesis tuning expertise in order to create a high-quality FPGA design, they lowered the barrier to entry for non-FPGA designers using FPGAs.  Since that time, FPGA tool evolution has always included a push-button use dimension.  Even when new options, features, and controls were being added for the expert FPGA designer, increased automation was being added for the novice.  All the big producers of FPGA tools – Xilinx, Altera, Actel, Lattice, Synplicity/Synopsys, Mentor, and Altium were embracing the FPGA neophyte in hopes of attracting new users to the fold.

Tools were not enough, however.  FPGA design by non-FPGA designers had many more significant barriers.  Many of these could be overcome by easy-to-use IP blocks.  You could drop some “components” into your FPGA design and bypass the need for VHDL and Verilog expertise on the more difficult chunks of your design.  Beyond that – whole reference designs gave many applications that “80% done” advantage even before they started. Putting reference designs and IP with the tool suite dramatically helped with adoption in new emerging FPGA markets.

But even that was not enough.

The hardware side of the equation was another challenge.  If you were designing a specialized application – a “generic” FPGA development board just didn’t cut it.  In response to that issue, a number of domain-specific development boards arrived on the scene.  Want to do an ATCA card?  There’s a special board for that.  Want to develop a memory interface?  There’s a board for that too.  Need to hook up a touch screen to something FPGA-powered? Another specialized board.  The wide variety of specialized development boards is both helpful and daunting.  Finding the exact combination you need for your application can be nearly impossible.

Add to that issue the additional problem faced by anti-fuse FPGA providers like QuickLogic and Actel.  Since their devices were one-time programmable, a socket often had to be part of the development kit, and dropping in replacement FPGAs every time you did a design spin could become prohibitively expensive.

QuickLogic was perhaps the most radical in addressing the issue – they conjured up a new sobriquet – “CSSP” – for their devices.  They stopped using the term “FPGA” altogether and began providing their parts with design services included in the package.  They then began targeting specific markets/applications with their devices and have been quite successful in removing the designer expertise barrier to FPGA adoption.

For larger companies like Xilinx and Altera, however, this approach was not a viable option.  Recently, Xilinx has introduced what it calls “Targeted Design Platforms” that contain a combination of all of the elements listed above.  They have moved their tools to be even more automated, bundled them with IP and reference designs for specific applications and applications areas, added design services ready to help with targeted applications, and, most interestingly, created a new modular set of development boards where a common base board can be expanded for specific applications via daughter-cards.  Most of the daughter cards are connected by the emerging FMC (FPGA Mezzanine Card) standard.  The resulting packages give a huge boost to teams using FPGAs for applications that Xilinx and their partners have “targeted.”

Xilinx layers these offerings into “Base Platforms” that everybody needs for designing anything with a Xilinx FPGA.  It includes the silicon, development board, tools, some common reference designs, and some widely-used IP blocks.  On top of the “Base Platform,” Xilinx offers “Domain-Specific” platforms.  These are more focused additions to the base platform for general problem areas like DSP, embedded design, connectivity, and so forth.  These platforms include higher-level methodologies and tools – such as specific development tools for doing embedded system design on an FPGA.

The final layer is what Xilinx calls a “Market-Specific Platform”.  This is a final addition of very specific tools, IP, reference designs, and daughter boards that are aimed at a particular market such as automotive, consumer, communications, AVB, or ISM.  These include more components from third-party partners, and they get many designs far down the road to completion before the designer even steps in.  While “not-invented-here (NIH)” syndrome may prevent some design teams from taking full advantage of such pre-made offerings, there is something comforting about taking the design kit out of the box, plugging it in, and having something very close to your application up and running before you even begin your design work.  You then have the flexibility to replace what you want with your own (far superior, of course) custom-designed blocks, while using the included ones for more pedestrian tasks.

We expect to see more companies taking advantage of this kind of pre-packaged approach to FPGA design.  Much as early microprocessor adoption was more dependent on development kits than on processor superiority, FPGA adoption in emerging markets may go to the company with the most approachable design kits rather than the one with the best silicon.