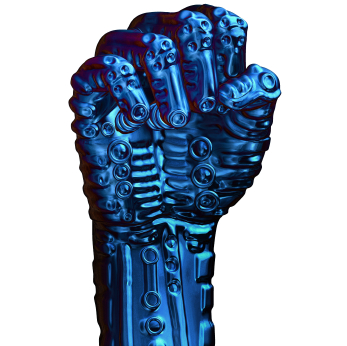 If you’re into fast 32-bit processors, Samsung is announcing a new ARM-based chip that runs at 1 GHz. That in itself is interesting, but what’s more remarkable is how the chip got so fast.

ARM-based processors are generally known for their small size and power efficiency, not their speed. That Samsung was able to make its ARM A8 device run at 1 GHz is something of a milestone.

It’s also remarkable because Samsung didn’t actually make its chip run at 1 GHz. Instead, it farmed out the design work to Texas-based Intrinsity, and it’s Intrinsity that deserves a lot of the credit for breaking the 1000-MHz barrier. Yes, you read that right: an Asian company outsourced the work to Americans.

Out of the box, your garden-variety ARM A8 microprocessor core runs at about 600 MHz. That speed depends a lot on what silicon technology you use to fabricate it, of course, but assuming you’ve got access to fairly leading-edge stuff you can expect to see clock speeds in the middle triple digits.

To get much beyond that – say, to 850 MHz – you’ve got to do some tweaking of the basic ARM design. That’s expensive work, and not something every design team is good at doing. Nor is it something every design team has the time or inclination to do. The boss is probably more interested in getting the chip out the door, and tasks like integrating the processor with the peripherals, caches, and memories probably rank higher on the to-do list.

Even with extensive hand-tweaking, your precious A8 probably won’t hit 1 GHz. So what’s an ambitious engineer to do? Call in the cavalry from Intrinsity and write them a big check.

Texas Riders to the Rescue

Intrinsity’s secret weapon is something it calls Fast14 (fourteen being the atomic symbol for silicon). It’s both a design method and a bit of original IP (intellectual property). Designing with Fast14 involves tearing up the standard Boolean logic gates and replacing them with equivalent gates that use Intrinsity’s patented “N-nary domino logic.” Domino logic works like binary logic, but with multiple input lines and states in place of the more-familiar binary states. The result is faster propagation times, less skew, and lower power consumption, at the cost of some additional wiring and routing. (The technically curious can find more information at http://www.intrinsity.com/templates/intrinsity/images/docs/circuits-rob.pdf.)

Fast 14 isn’t for everyone. Although Intrinsity will license the technology to outsiders, it’s loath to do so because most chip designers aren’t skilled in the techniques and aren’t very good at exploiting its advantages. Instead, Intrinsity rents itself out as an EDA partner, redesigning clients’ circuits to include the Fast14 technology. At the end of the redesign process it hands back a completed circuit that’s wholly compatible with standard design tools and manufacturing processes. All the customer will see is a “black box” that’s ready to integrate into their chip, much like any licensed IP would be included. As long as you don’t peer too closely inside the box, it appears just like any normal circuit.

Intrinsity’s services don’t come cheap. The company characterizes its fees as somewhere north of $1 million but south of $10 million. That’s not pocket change, but it’s a whole lot cheaper than doing the work yourself – assuming you could do it at all. And because the resultant redesign includes Intrinsity’s patented logic IP, you’ll also pay them a royalty on every chip you manufacture. Again, that’s probably a small price to pay for the laying on of hands. Your chip will likely be faster than anyone else’s and, depending on your manpower, might even be finished earlier, too.

There’s nothing ARM-specific about Fast14. The company has designed, or redesigned, PowerPC and MIPS processors as well. It’s also not limited to microprocessors. In general, any digital circuit that could benefit from higher clock speeds is a candidate for Intrinsity’s special attention. The company started out with an ambitious idea to design its own microprocessor architecture in the 1990s but abandoned that plan to focus on its underlying circuit-design technology. Now it’s a hybrid combination of an EDA company and an IP-licensing firm. The company employs about 100 engineers working for a number of mostly anonymous clients.

There’s a saying in auto racing that speed costs money; how fast do you want to go? Intrinsity is in the business of selling go-fast parts. Just like famed Texas speed freak Carrol Shelby, Intrinsity’s customers bring them engines that need more than just a tune-up. They want a complete overhaul that will give them the fastest, most bad-ass performance machine in the country. Just a little west of Austin you’ll find a little speed shop that’ll fix you right up.