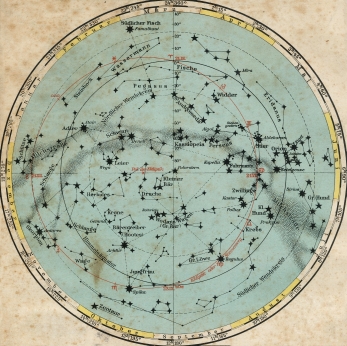 A mate in the pub.

It’s a regular problem: there is something you think you need, you are a bit hazy about what it is called, and you can’t define it precisely enough to get a decent hit when Googling. Then in conversation with a mate in the pub (translation: friend in a bar), he says, “What you want is a widget-handler, and you can get it from Fred’s Wonderful Widgets.”

Warren Savage, of IPextreme, is hoping to move into the role of the mate in the pub, or rather into the role of providing many mates in many pubs, with the new Constellations program for IP.

The idea behind the scheme is that, when seeking IP, you are faced with a lot of issues. The first is the very simple question as to what IP exists. Which parts of new design can be handled by existing IP? And what existing IP can make your design easier and faster to implement? If you don’t know about Sidense, for example, you wouldn’t think of using their anti-fuse-based one-time-field-programmable logic. But it might be just the tool you need to add flexibility to your design or to provide secure storage for code or data. Even if you do know that something exists and you search ChipEstimate or Design and Reuse, you may not be using the right terminology or thinking along the same lines as the developers of the search engines or the developers of the IP.

What Savage argues is that the process of acquiring IP often requires more than search engines and that contact with someone you trust to give you good advice is at least as important. Hal Barbour of CAST, one of the founders of Constellations, has always espoused the same philosophy. He is proud that his company is made up of engineers who can talk to the engineers who deploy the IP he sells. So the simple idea behind Constellations is that when a salesman/support person/whatever, in conversation with a development engineer, identifies a need that could be met by IP, they can search a database of the Constellation members and forward the enquiry to the relevant company(ies). It is up to the receiving companies to contact the developer. When a sale is made, a small percentage is passed back into Constellations and on to the originator of the enquiry, with IPextreme taking a small slice. Each company pays a small annual membership fee.

Looking at the founder members, they are a heterogeneous bunch.

IPextreme, which runs the programme, has been an IP provider for over ten years. The company starts from the proposition that large semiconductor companies have a lot of IP, but exploiting it through licensing is a non-core business that requires different skills, such as productising, packaging, licensing and support. IPextreme possesses those skills and has built a portfolio of blue-chip chip companies, including Cypress Semiconductor, Freescale Semiconductor, Infineon, Cambridge Consultants, National Semiconductor and NXP Semiconductors.

NXP Semiconductors is already an IPextreme partner but has also joined the Constellations programme with its CoolFlux DSP & BSP cores. The company sees offering these both through IPextreme and directly as a way of meeting different types of customers’ needs.

CAST is a pure-play broad-line IP supplier that seems to have been around forever. (In fact over 15 years, which makes it one of the grand-daddies of the business.) Hal Barbour, president, says in the release, “We have a broad range of solid IP products – everything from processors to interfaces to multimedia and encryption – but sometimes our customers need additional IP or services.”

The other two players are more targeted. Sidense is a Canadian company that provides, as we said, anti-fuse based one-time-field-programmable logic. It is going into on-chip data and code storage, key encryption, and analog-trimming/sensor-calibration applications.

And France-based Tiempo is presenting an asynchronous and delay-insensitive microcontroller and crypto-processor design technology, which the company sees as “the next breakthrough for ultra-low power, green semiconductor devices.”

Of course the members are not doing this purely to bring humanitarian aid to besieged chip designers. They see it as an effective way for what, so far, are relatively small companies (or, in NXP’s case, a division of a large company) to get more feet on the street. Savage is already in discussion with more companies and promises announcements of new stars taking their places in Constellations about every quarter. What he calls the “crowdsourcing” approach becomes more effective the more members it attracts.

Identifying relevant IP is only one step on the path: there is still the chain of evaluation, integration, verification, testing, etc. But Constellations looks like an additional tool that will make that first step easier.

Another IP area where changes are taking place is that of patents. Patents were originally designed as a stimulus to invention, allowing an inventor to benefit from his or her creativity by enjoying a monopoly for a limited period and society to benefit from seeing the published patent and perhaps building on it, and from the invention entering the public domain after the patent expires. (A similar approach is embedded in the idea of copyright.) If you hold the monopoly, you can license others to use the invention, and the courts provide a mechanism for enforcing your monopoly if someone else infringes your patent. The exact details vary from country to country, but there is a significant investment in trying to harmonise the different regimes across the world.

Human ingenuity and mankind’s appetite for making money have contributed to two new trends. The first is to file patents that are wide-ranging with the deliberate intent of trying to sweep under the infringement umbrella all kinds of existing and future developments. The patent process is supposed to stop this from happening, but it doesn’t always succeed. This is not an area we will be looking at today.

A second trend is to set up a company whose whole existence is to build a portfolio of patents and then aggressively seek out possible infringements and sue the alleged infringers. These companies are technically called non-practicing entities (NPEs) but are more often called patent trolls.  The New York Times has described their activities as using “intellectual property as a mix of lottery ticket and protection racket.” Those on the receiving ends of these law suits are often tempted to settle and buy licences for the technology, even when they feel they have a valid defence, rather than go through the expensive, time-consuming and risky process of defending their position in court. It is often a difficult decision to make, and both routes can be expensive.

Human ingenuity has come up with another approach: “Defensive Patent Aggregation.”  RPX is new company initially backed by venture capital funds Kleiner Perkins Caufield & Byers and Charles Rivers Ventures. It aims to buy a portfolio of patents for its members, whose “annual membership fees range from $35,000 to $4.9 million, depending on the member company’s operating income.” The funds are used to buy patents. These deplete the pool that the trolls are fishing in and, since all patents are automatically licensed to all members, they provide a further level of defence against patent suits. As a secondary benefit, the companies can exploit the patents, but this is not a major aim of the fund. There are already eleven members, including IBM, Cisco, Seiko-Epson, Panasonic, Philips, LG Electronics, Samsung, and TiVo, and RPX has acquired over 190 patents, which have cost $74 million.

While the company is positioning itself as a white knight taking on the trolls, it might also be seen by smaller companies as a troll itself. Small companies are going to have to deal with yet another huge portfolio holder removing patents from general availability for the benefit of the large organisations that are its members. RPX has even bought some of its patents from an existing NPE. Nothing is ever simple in the world of intellectual property.