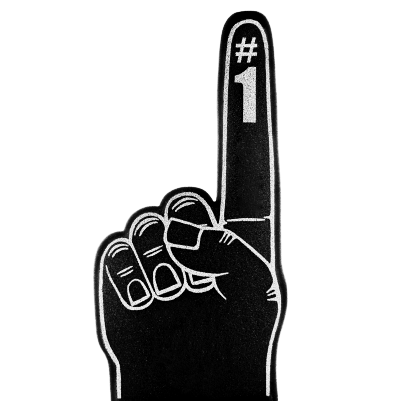 Up to 53% More Interesting
by Kevin Morris

Portland, OR – May 10, 2005 – FPGA Journal announced today the immediate availability of the world’s best FPGA-related article. Developed with FPGA Journal’s newest editorial technology, it’s up to 53% more interesting than our previous generation pieces. It contains absolutely the most grandiose superlatives with fewer futile forays into lackluster alliteration, providing a fountain of profound metaphoric insight into marketing trends in the programmable logic industry. Readers of this article may be up to 28% more intelligent than those perusing competitive publications such as Electronic Engineering Times. (If you’re bringing the average down, please stop reading now.)

The FPGA market is one of the most ferociously competitive in the semiconductor industry. With technological progress that has exceeded the pace of Moore’s law over the past 10 years, product and technical leadership have changed hands frequently. The companies in the business of providing silicon and tools to this rapidly expanding market are relentless competitors, looking for every possible advantage that will allow them to capture a few market share points from a rival. Over the past few years, this game of one-upsmanship has led to an almost unprecedented scrimmage of superlatives. It seems that every week a different company or technology is claiming to be the industry’s biggest, fastest, lowest power, highest quality of results, most secure, or cheapest.

Exactly who is the audience for these claims? Is it you? Did you read this article just because we claimed it was the best? If we re-titled it “World’s Second-Best FPGA Article”, would you have decided to pass it by in favor of reading something more worthy of your attention? When you read the title, did you believe the claim, or did you continue reading just to find the footnote that creates the loophole that invalidates the whole premise? As an engineer, when you select a component or design tool for your project, are you really thinking that you must have the world’s fastest, largest, or squarest product, or are you more interested in finding the solution that’s most likely to meet your design requirements with the most favorable combination of less critical factors? Have you ever read a paragraph in a technical article where 100% of the sentences are questions?

Altera announced this week that their Stratix II EP2S180 contains the equivalent of 186,576 4-input look up tables, while Xilinx’s Virtex-4 XC4VLX200 contains the equivalent of 178,176. This represents a difference of less than 9K LUTs or about 5%. Hang on a minute here. If your design is logic limited, and requires 177K LUTs, it should fit in either device. If it’s a little bigger and requires 187K LUTs, both devices are too small. The only people truly affected by this data, then, would be those whose design was exactly the critical size, about 182K LUTs plus or minus 2%. According to FPGA Journal’s latest design survey data, however, this amounts to less than 0.5% of FPGA designs completed in 2004. For the other 99.5% of us, it seems this information should be a “don’t care”.

Xilinx datasheets say their XC4VLX200 device contains 178,176 LUTs, but has the equivalent of 200,448 “Logic Cells” because of “logic expanding multiplexers and I/O registers”. The Altera device datasheet says the EP2S180 device contains 143,520 ALUTs, and it claims that this is equivalent to 179,400 “Logic Elements,” presumably because of efficiencies of the ALM architecture. In other words, when marketing magic was required for part naming, Xilinx stretched their roughly 180K LUTs into 200K, and Altera stretched their 143K into 180K. Now, not content with the 10% deficit reflected by the part numbers, Altera has benchmarked their 180K up to 186K, and ratcheted Xilinx’s 200K back down to face value. Xilinx, of course, prefers to compare their 200K “equivalent” number to Altera’s 140K “actual” number to claim “30 percent more logic resources than the closest competitor.” Confused yet?

Altera’s release goes on to point out that their EP2S180 contains 384 18X18 multipliers against the XC4VLX200’s 96. Of course, if you’re a Xilinx customer who wants multipliers, you’d be more likely to choose the XC4VSX55, which comes with 512. Altera also touts the EP2S180’s 9 Mbits of block RAM against the XC4VLX200’s 6Mbits, but again, if RAM is your game you’d probably go for the XC4VFX140 with 9.9Mbits.

But are there other factors at play? “If you make comparisons based on the part numbers,” says David Greenfield, Altera’s senior director of product marketing for high-density FPGAs, “there’s a one-step difference all the way across. You can be comparing different sized parts, and that affects things like power consumption and price.” Certainly one of the problems with FPGA technology is that you’re constantly comparing different things. Apples and oranges, logic elements and adaptive logic modules, total negative slack and fastest clock, dynamic power at 20C and quiescent power at 85C, prices today for quantity 1000 and prices for 9 months from now at quantity 250,000. The list is almost endless, and useful comparison data is virtually impossible to gather.

It would seem on the surface like density would be one of the simplest things to quantify. There are, after all, an exact, known number of transistors on each device. Altera’s claim of 186,576 equivalent LUTs, for example, is only an estimate based on benchmark data gathered from running a suite of customer designs. The architectural differences between the two companies’ devices make a true 1-1 comparison almost impossible.

For many FPGA specifications, comparison is not the name of the game. Designers go to the datasheets to find out if the device they’re considering will meet their specifications or if it will not. Usually a hit or miss is a matter of a factor of two or ten, not the five to even fifty percent delta typically touted by vendors’ claims. Our FPGA Journal survey data supports the notion that very few designs fall into these areas of competitive underlap where one vendor’s product would work, but another’s would not.

Our survey data also shows us another trend. The number one reason that design teams cited for choosing a particular FPGA or EDA vendor was previous experience and success with that company’s products. It seems that confidence in a company and experience with that company’s products are very strong factors in decision making, even more important than performance and price. With that in mind, are companies doing themselves a disservice with the obvious marketing spin inherent in each superlative claim? In an attempt to gain our respect, are companies losing their credibility?

By now you’re probably starting to see why this is, in fact, the best FPGA article on the market*. It’s easy when the product is right there in front of you. However, what if we’d only told you the basic characteristics of the article, with a promise that you’d be able to read it sometime later this year (if you’re one of our preferred readers) or early next year (if you’re among the unwashed masses).

Often we become so jaded with incessant claims of superiority that we mentally filter the whole thing and dive straight to the data sheets to find the information we need. Here too, we may be out of luck if our project needs the information now, but the product we’re interested in was announced early in an attempt to take the steam out of a competitive announcement. It has become commonplace to announce a new product months before it will actually be available, comparing somewhat unfairly with competitors’ products already shipping in volume. Design teams now have to find a part that appears it will work, check the fine print on the datasheet to be sure it really should meet their specifications, de-rate a bit for temperature, less-than perfect HDL, and other intangibles, then double-check with the distributor to be sure the device will actually be available in sufficient volume in time.

As a marketer, it can be difficult to hold the high ground in a titanic marketing battle. You try in earnest to offer the most compelling description of your product’s problem-solving power, and then some competitor comes along with a trumped-up superlative applied to their not-so-soon-to-be-real competitive offering. Suddenly you find yourself sucked into the war of words. You re-interpret your data to compare more favorably, pre-announce your next generation, or cook up a new metric and claim that it matters. Somewhere along the line, your potential customer falls off the train.

There is also good marketing in the FPGA business. Often, suppliers go to great lengths to understand our toughest challenges in order to create products and services that address them. They then articulate those values back to us in the language of our industry or technology. If a vendor demonstrates that they actually understand our design problems and can explain to us in our own terms (not FPGA-ese) how they can help us do our job better, they earn our respect much more quickly.

So remember, next time you hear an extravagant claim from an EDA or FPGA company, take it with a grain of salt. Make your engineering decisions based on engineering criteria, not based on who blows their own horn the loudest. Do it because your education and common sense taught you. Do it because FPGA Journal, the leader in technological editorial journalism, gave you the information you needed to make your design decisions as much as 78% faster with up to 113% fewer moments of indecision.