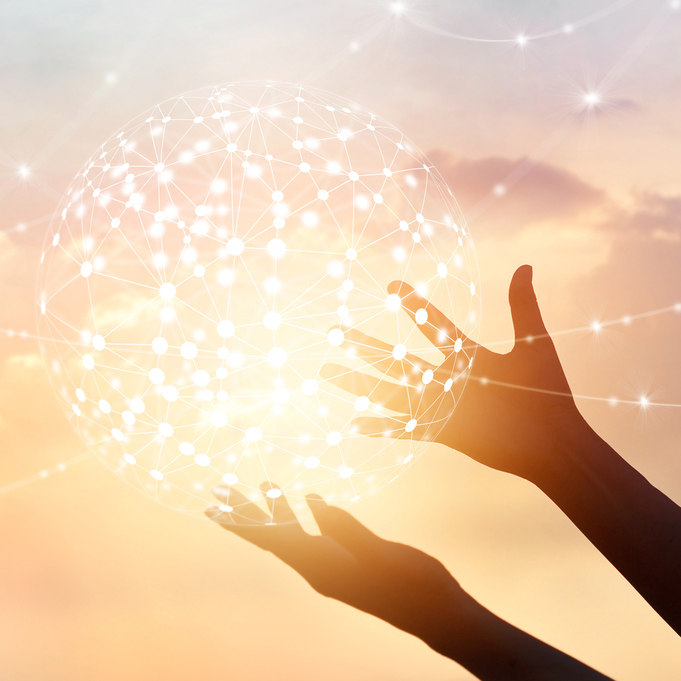 Programmable logic is spreading like a prairie fire across the landscape of systems design. For the past two decades, Xilinx technology has been at the heart of that inferno. From the first, modest FPGAs that integrated discrete logic components to today’s programmable system-on-chip devices, Xilinx has played a major role in the advancement of programmable systems technologies. Wim Roelandts knows that innovation is the fuel that feeds the flames of FPGA’s frantic advance. As CEO of the world’s largest supplier of programmable logic products, his priority is maintaining an environment at Xilinx that encourages and fosters the innovation that drives the products that drive this dynamic market.

Under Wim’s leadership, Xilinx feels more like an inspired startup than a large, market-leading corporation with over twenty years of history under its belt. People at Xilinx speak like evangelists about how they are moving programmable logic into new application areas and expanding into emerging high-growth segments. Their vision is clearly forward into untapped markets and new opportunities rather than backward at competitors and naysayers. Most often, you will hear Xilinx positioning their products as superior alternatives to solutions like ASICs, ASSPs, and structured ASICs instead of comparing them to other programmable logic offerings. This is not a coincidence.

Wim Roelandts came to Xilinx in 1996 with the goal of raising the bar one notch higher in creating a hotbed of technical innovation. After spending 29 years at Hewlett Packard, he had seen the long-term benefits of a company culture that rewards risk and creativity and defies corporate inevitabilities like organizational inertia, infighting, and isolationism. He wanted to apply his experience and expertise to running a company that had products and people poised to take over a new and dynamic emerging market.

Wim was born and raised in Belgium where he became interested in electronics at the age of 13. Early in his career he was fascinated by the test and measurement problem. “I liked the fact that your design had to always perform better than whatever you were measuring,” he recalls. He began his tenure at HP doing bench service and support. “I worked at a small office in Belgium,” he continues. “It was interesting and challenging work because I had a new, different project every day.” After two years, Wim moved into computer service in HP’s newly formed computer business. “In computer service I went to the customer site to do my work and learned to interface with customers. After eight years, I was done in sales and service. HP had a new division in Grenoble and I went there to do technical marketing.”

Roelandts’s career continued to move forward during the remainder of his 29 years and 16 jobs at HP. In 1983 he moved to the US to take over a major HP organization. Then in 1995 the Xilinx opportunity arose. “A boss at HP was on the board at Xilinx and told me about the CEO job,” Wim says. “I found the opportunity very appealing. I was captivated by the excitement of an industry in its infancy, and a company that could change the world.” Wim noticed that the Xilinx culture was very similar to the HP culture that he had grown with through his entire career. “I wanted to see if I could do better than HP at the HP model,” he recalls. “Other companies were flashy and top-down. I wanted to prove that a company could win by being nice to people, by creating a culture that fosters innovation.”

Fostering innovation is not an easy task at a large company. When a corporate climate grows beyond a certain size, the self-interests of employees often begin to take precedence over the success of the organization as a whole. Upwardly mobile managers manipulate their way toward the top primarily by punishing failure, and the fear of failure leads to an aversion to risk-taking. “When people do not take risks, the do not innovate,” Roelandts observes. “We want people to take risks without fear – to leap into the unknown. We try to reward failures as much as success. We have rules against finger-pointing, because people tend to beat themselves up more than others will anyway. We want a spirit of support and cooperation. If somebody is trying something and you can help, we want you to do it.” Wim’s philosophy is designed to create a community atmosphere with a culture of mutual success.

The innovation imperative is not restricted to just those in product development. “Everybody has to innovate,” Wim declares. “Engineers have to innovate, managers have to innovate, admins have to innovate. Everyone has the power to affect his own destiny. We were early in the adoption of the web as an internal communication system. Every admin knows how to set up and maintain a web site. The information sharing afforded by that is invaluable to the company.”

Wim’s philosophy is based on some closely held basic assumptions about human nature. “We assume that people come here wanting to do a good job,” he continues. “We have open hours because we generally don’t care where a person’s body is, we want 24 hours’ use of their mind. People innovate in all kinds of different situations, not just when they’re sitting at their desk in an office. We also have very loose bounds on teams and hierarchy. Innovation happens when people interact, and we maintain the flexibility for teams to form and dissolve quickly around specific projects independent of their reporting organization. I call it an ‘ad-hocracy.'”

At Xilinx, employees are permitted, even encouraged, to work on “skunk works” projects that are not specifically assigned by management. “You have to let them do it,” Roelandts continues. “Engineers are trained to ignore advice to a certain degree anyway, and to seek out their own solutions. Certain people are very productive and happy in this kind of environment.” Apparently a great number of people are, because Xilinx has one of the lowest turnover rates in Silicon Valley at less than 5%. “We find that people either want to stay two to four years, or for life.”

Wim’s “ad-hocracy” does not extend into areas where it would interfere with the company’s progress or resolve. “We have a policy that we call democratic decision-making with dictatorial execution,” Wim says. “When we’re in the idea phase, we want innovation and risk-taking. Once we make a decision to move forward with a particular plan, however, we want unwavering dedication to the success of the strategy.”

Projects at Xilinx tend to have two phases, with different people in charge of each: one where new ideas are introduced, expanded, and explored, and another where ideas are criticized, narrowed, and focused into strategies and plans. “One of the key things we try to measure is the percentage of our R&D investment that results in successful products,” Wim continues. “We believe that we’re at over 90%.”

One project that the entire company is betting will become part of that 90% is Xilinx’s latest flagship FPGA family, the newly announced Virtex-4 line. “Virtex-4 embodies literally hundreds of innovations,” Roelandts says. “Normally a project like that would be an enormous risk, but we based our strategy on input from hundreds of customers. This is the difference between creativity and innovation. Innovation is creativity that is focused on solving a customer need.”

Customer intimacy is a key part of Roelandts’s plan at Xilinx. Xilinx forges customer alliances at every level of the organization, creating a short, high-bandwidth channel directly between product groups and customers. “We follow the ‘diamond’ model instead of the ‘bow tie’ model,” Wim explains. “The ‘diamond’ model connects customer contact across the whole team, where the ‘bow tie’ model funnels customer interaction through a narrow conduit or a single point of contact – usually in the sales organization.”

To emphasize their commitment to customer relationships, every executive at Xilinx is assigned specific companies with whom he maintains an executive sponsorship and communication role. Roelandts himself spends almost 30% of his time on the road, visiting with key customers and partners. “The SX family of the Virtex-4 line arose directly from customer visits,” Roelandts explains. “One customer explained that they needed a particular combination of features for many of their projects. As we examined the rest of the market, we found many more customers that needed exactly those same features.” Virtex-4 is based on the theory that one size does not fit all. Various market segments require different mixtures of features, and the broad range of platforms that make up Virtex-4 family are optimized for different domains to provide more efficient solutions for each segment.

During the 70% or so of the time that Wim is not on the road, you won’t find him sequestered in some executive retreat in an exclusive area of the Xilinx campus. In fact, he moves his office from building to building on an annual basis. While this might seem like an eccentric extreme, he believes that moving around and mingling with the many groups that make up Xilinx’s innovation machine are essential in keeping him close to the people that are the lifeblood of the company.

What does Wim see in his crystal ball for the future? “Convergence is a huge opportunity for programmable logic,” he observes. “As people continue to design more capability into systems, the flexibility and upgradeability of programmable systems will be indispensable. Also, with the increasing cost of each process generation, soon broadly applicable solutions like programmable logic will be the only thing able to afford the move to the next node. When Moore’s Law finally ends, Xilinx will probably be there turning off the lights.”

Wim also sees programmable devices as the processors of the future. “The Von Neumann architecture has served us for many years, but it will eventually run its course. Within five to ten years, programmable logic could set new standards for performance in computing architectures.” If today’s rapid adoption of FPGAs for digital signal and embedded processing is any indication, Wim could easily be right. Whatever the FPGA future holds, we can be sure that Xilinx will be hard at work, helping to illuminate the way. With the corporate culture of innovation thriving under Wim Roelandts’s watchful eye, it could hardly be any other way.