An Interesting – And Challenging – Take on Tech 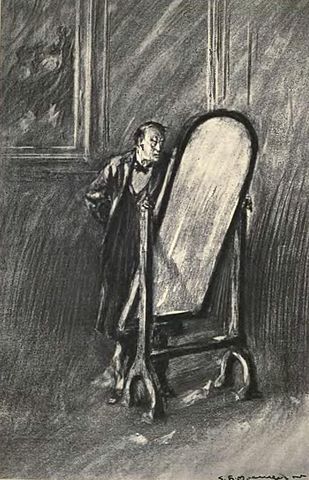 I recently stumbled upon a limited series on Netflix called Black Mirror. I’m not accustomed to doing reviews, so this is a bit unusual – yet I found this series particularly compelling and worth some comment.

While it’s not a show about technology per se, it’s a show about humans and what they might do with technology. And it felt like the writers had access to some pretty tech-savvy consultants when putting it together.

Needless to say, the scenes depicted bear little resemblance to the promises that marketing brochures make about our future tech-driven paradise (you know, the one that takes all the grunt work away and gives us all that leisure time?). Given that there’s no lack of happy prognostics, this focuses on the flip side – a darker look. It doesn’t blame technology; it’s clear that whatever scenarios they concoct are a result of humans. But technology is the clear enabler in the background.

It also doesn’t shout solutions; many of the episodes end unresolved. It’s as if they’re leaving us to decide how it ends.

This series is unique in that each episode is completely self-contained. It’s like a collection of short stories. No two episodes occur in the same time or place. (Although there is a featured song that shows up in two episodes…) The actors are completely different. A few familiar faces; mostly not (at least for US folk – it appears to be a British production). Given that they needed new sets and costumes for each one, that’s probably why each “season” has only three episodes at most. The first season was actually 2011, then 2013 and 2014. So I’m a bit late to the game.

To be clear, this is an edgy production, not for kids. Some episodes can be harder to watch. There’s some sex; not a ton of violence. If you don’t like any of that, then you won’t enjoy it. But if you don’t mind being challenged, then I found it an interesting non-tech take on the technology we take for granted every day.