WiFi, Bluetooth, and Zigbee are vying for primacy, and none of them is likely to disappear anytime soon (if ever). WiFi is the granddaddy, and arguably the most familiar. So, of course, WiFi is going onto all kinds of stuff. We see plenty of WiFi modules and chips, but CEVA suggests that you can save space if you integrate the WiFi directly into your SoC. (Assuming you’re doing an SoC…)

Sounds straightforward, but if you dig in just a little, an obvious question comes up: which WiFi? If you’re going the route of the PC, then you put on the most advanced version that has some level of support out there. Most likely, that’s still 802.11n, although (from a quick web scan) more expensive routers are now supporting 802.11ac.

Another implication of the WiFi choice is the antenna arrangement. The newer versions support multiple-in/multiple-out (MIMO) configurations, which establish multiple “spatial channels.” You recognize these by the multiple antennas on a router (and the antenna configurations are typically indicated as AxB, where A is the number of antennas on the router and B is the number on the end station).

CEVA recently announced their RivieraWaves WiFi IP offering, and it’s divided three ways depending on how the WiFi will be used. 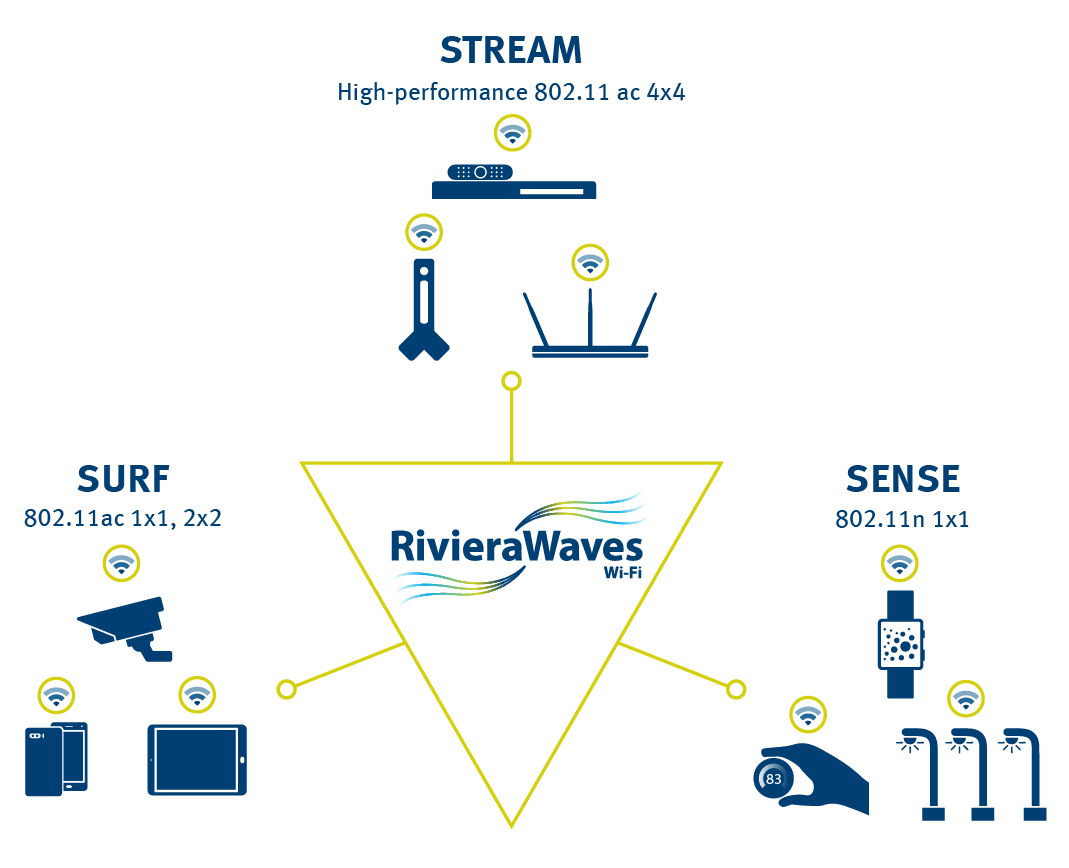 The upper and lower MAC components are agnostic as to the processor or operating system is in charge. The modem functionality can be configured as optimized hardware or for software-defined radio for integration into a multi-protocol platform. And, of course, CEVA says that they’ve been designed to minimize power consumed – especially for the lower-end devices.

You can find more detail in their announcement.