Much of the cellular build-out in areas that already have coverage is happening through small cells. It’s like we’ve gotten the broad brush strokes in place; now we’re fine-tuning coverage and capacity here and there as needed.

And much of this is happening in buildings – malls, office buildings, and other areas where large numbers of people concentrate.

Which creates a problem: these cells rely on accurate timing from GPS (or GNSS, generically). And, as we’ve seen in our discussions of indoor navigation, GPS isn’t a thing indoors. At least, not for your average receiver.

So what happens is, well, exactly what you’d expect: you put an antenna on the building to receive the GPS signal. That involves getting power up there and then distributing the received signal via coax.

That might not seem like much of a burden for those of you accustomed to setting up a TV satellite dish for your home. But, apparently, this is a bigger deal with big buildings. Running those bulky, shielded wires around isn’t trivial. And, apparently, the operator may even have to rent the space on the roof where the antenna goes. Oi, everyone with their hand out!

So Microsemi has come up with an alternative. They call it an integrated GNSS master – IGM. It will provide the master timing signal for the small cells installed in the building. It’s designed to be installed indoors.

“But there is no GPS signal indoors,” you might reasonably protest. Well, apparently there is – it’s just not a strong signal. (OK, I’m sure you can find places where the signal is pretty much gone. So… yeah, the Panic Room is probably not a good place to mount this. Although… read on…) How do they capture this signal?

First, they have a very sensitive receiver. They also take advantage of assisted GNSS (A-GNSS). That covers a broad range of alternative ways of receiving GNSS signals. Some are sent by Ethernet; some are pre-calculated and sent ahead of time; etc. Together, through what we might call “signal fusion” (by analogy with sensor fusion) with whatever live GPS signal it can detect, these allow the IGM to function indoors. It also improves the time-to-first-fix.

“But you still have to route power and signals,” you might continue to protest. Well, yes and no. There’s no clunky coax: it’s Ethernet. And the unit leverages Power over Ethernet (PoE). So once you’ve plugged the Ethernet cable in, you’re good to go. Much easier to wire; no conduit or high voltages to muck about with. 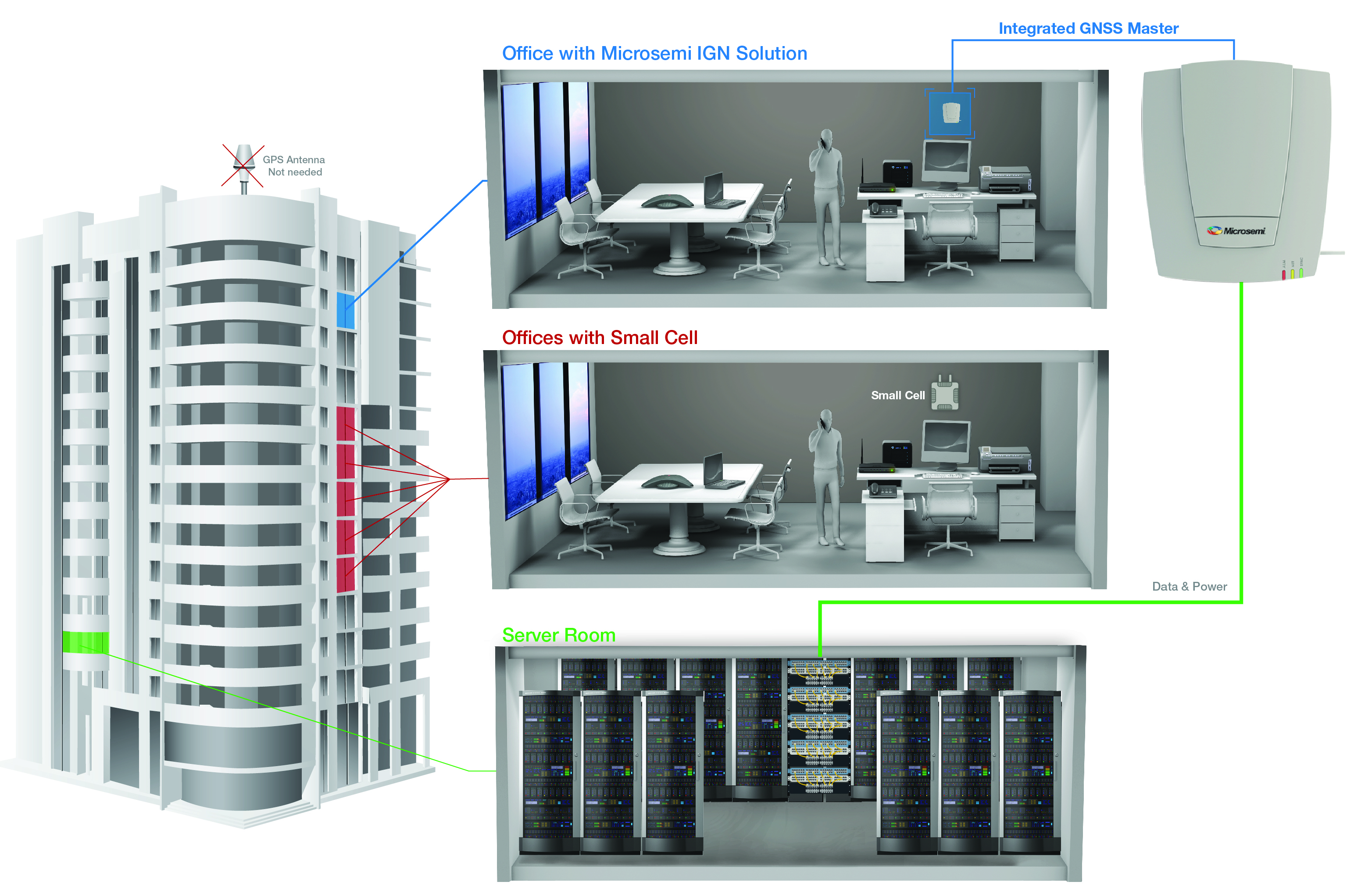 Thinking ahead, could this be leveraged for indoor navigation? That’s not Microsemi’s immediate plan, but they say that, in principle, it could.