Most image sensors receive light that has passed through a lens of some sort. This means that a large area can be photographed, for example, and sensed on a chip that is extremely small by comparison with the scene itself.

Not so with medical X-ray imaging. The target sensor gets a full-sized image. Not so hard for dental work, but more challenging for mammography or other full- or partial-body scans.

It’s typically hard, therefore, to provide a solid-state target that can provide seamless coverage. No matter how large they’ve been, they’ve had pixel addressing circuitry on two sides, meaning that you can’t tile them together. (At least not without having “blind stripes” where the decode logic blocks meet up…)

TowerJazz and Tanner worked together with the UK Science and Technology Facility Council’s Rutherford Appleton Labs to develop a unique decoding scheme that allowed them to restrict themselves to only one edge for the circuitry, allowing pixels all the way up to the other three edges. That means that you can tile them in any 2xN configuration.

With each sensor being basically the size of a 200-mm wafer (6.7 Mpixels), they can handle mammography applications with a 2×2 arrangement; longer targets are possible for other applications.

As to how they did the decoding? Yeah… they’re being coy about that. It seems to be largely an analog approach, which is where Tanner contributed to the process. But more details weren’t forthcoming…

You can read more in their release. 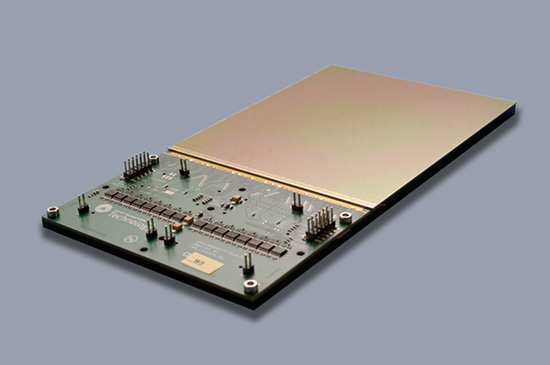