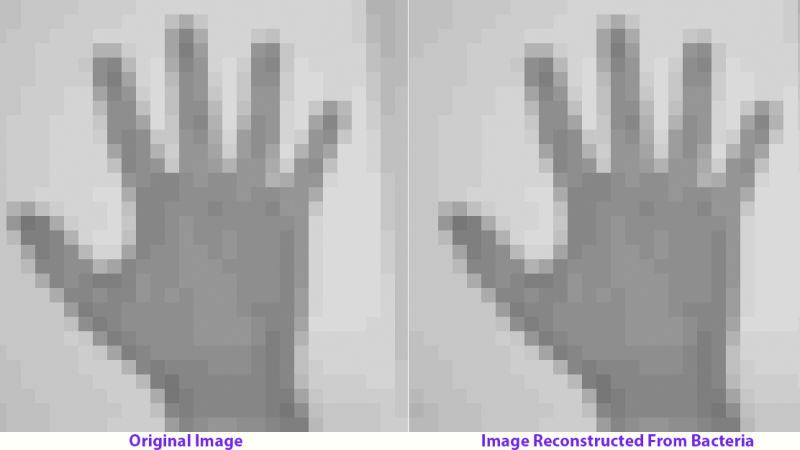 What’s a strand of DNA but data? We often think of its units, the As, Cs, Ts, and Gs, as letters of the words in an instruction manual. But what if, instead, we think of them as biological computer bits, storing the smallest unit of information? What stops scientists from harnessing the power of those units, using the latest biological technology to treat DNA like a writable disk?

A team of biologists took advantage of the bacterial defense mechanism on which the gene editing system CRISPR is based to write an animated GIF, pixel by pixel, into a population of bacteria. But their end goal isn’t to create biological DVDs. Instead, they hope to one day use this technology as a sort of biological recorder to keep track of cells or changes in the environment.