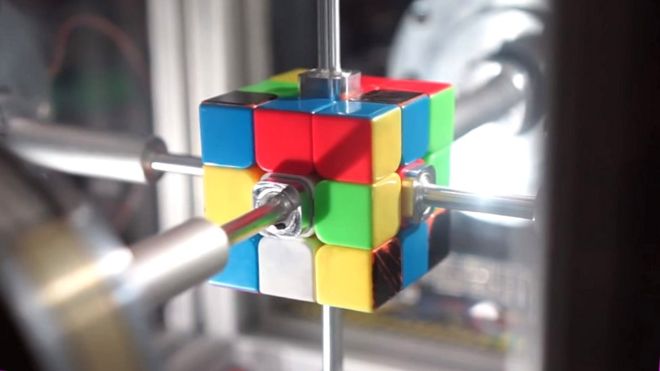 A robot that can solve a Rubik’s cube puzzle in 0.38 seconds has been developed by two researchers in the US.

The current world record is 0.637 seconds, which was set by German engineer Albert Beer and his robot Sub1 Reloaded.

The researchers realised they could solve the cube more quickly by using a different type of motor in their robot.

They suggested the contraption could be tweaked to go faster but said they had “lost interest” in tuning the device. Continue reading at BBC News