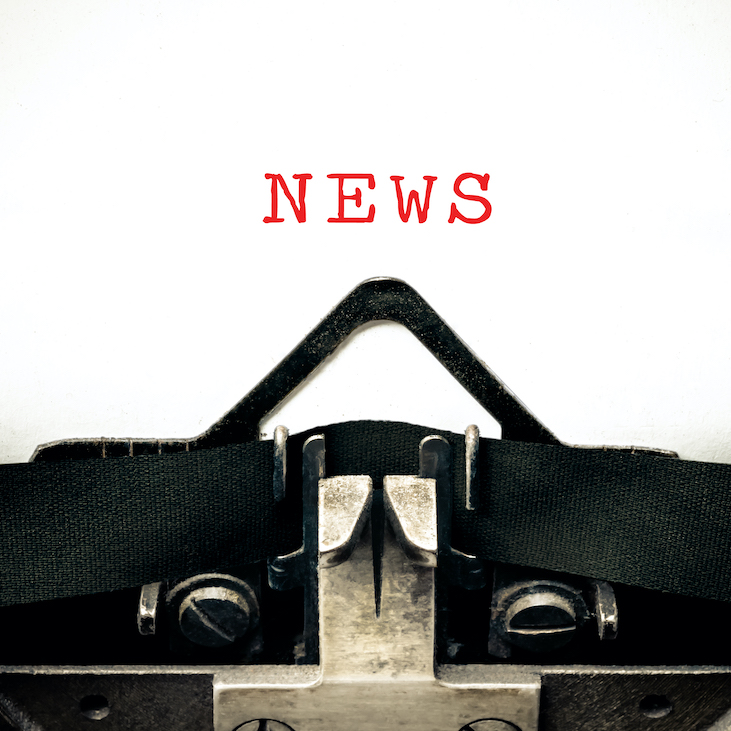 Ever wonder what it’s like to be a journalist? No? Look away now, because here we go.

Journalism is mostly about filtering. There are a lot of things you could write about; the trick is to pick something interesting, useful, practical, and newsworthy. Everyone weights those filters differently.

Sometimes you go in search of the news, and sometimes the news finds you. There’s a whole industry of public relations and investor relations professionals who will happily provide you with boatloads of information about their clients’ products. Your job is to filter the good information from the bad (or the merely boring), to strip away the company spin, and to find the kernel of truth that your readers care about. Is the new NXP microcontroller chip really as revolutionary as they say? Is the latest FreeRTOS update worth using? Do we need to plan ahead for TSMC’s 7nm process node? Should I be using Xilinx or Intel/Altera FPGAs?

Here’s a random sampling of incoming press announcements from my inbox:

To get a handle on the journalist’s life, research company Cision surveyed a few thousand of the ink-stained wretches (including myself) and then published the results in a slick “Global 2021 State of the Media” report. It’s intended largely for those PR, IR, and marketing people who have to deal with journalists every day.

From my point of view, the findings were all obvious. Painfully so, in some cases. For marketing people? Who knows, maybe some of the results will be “actionable, paradigm shifting, cloud aware, best in class, out of the box” news to them.

Starting at the top of the funnel, the journalists surveyed reported being inundated with far too many story pitches from PR and marketing types, with 53% saying they receive more than 50 story pitches per week. That number struck me as low. My inbox sees around 75 pitches every day – a few hundred per week – and that’s just counting the relevant technical/electronics ones.

Sixty-nine percent said that fewer than one-quarter of those pitches were relevant to their audience or their publication. The rest were wildly off base, irrelevant, or just plain weird, like the two from this morning: “Sprouts Farmers Market Releases 2020 ESG Report,” which covers a grocery store chain’s environmental, social, and government (ESG) initiative; and “El Septimo to Participate in 2021 Tobacco Plus Expo Trade Show (TPE),” which seems just a wee bit outside of the Electronic Engineering Journal coverage area.

The proposed solution? Marketing and PR people should do their homework and match their pitches to the publication, which seems obvious but is all too often overlooked. “Ninety-nine percent of those emailing me have never even read a story I wrote,” said one journalist in the survey. “I don’t expect every single pitch to be relevant, but if you have no idea of my beat, you’re just spamming me.”

That’s true. Under the theory of “what gets measured gets done,” a lot of junior PR people are graded on the number of press releases they send out and the number of journalists on their distribution list. Neither the quality nor the relevance of those contacts is a factor. They just need to show their clients that they sent X number of press releases to Y number of potential news outlets. The unhappy result is that a lot of PR people are forced into becoming human spambots. That’s a shame.

Most PR professionals are just that: professional. There are some whose calls and emails I’ll read and answer every time, because I know they’re representing a reputable client with an interesting product announcement or story to tell. The resultant interview or briefing may not always result in an article in EEJ, but it’s still time well spent. Nobody can bat a thousand every time.

Conversely, there are some PR representatives who’ve earned a special place in my spam filter or voicemail jail. They’re clearly getting paid by the unit, their unsubscribe links don’t work, and they ignore repeated requests to remove me from their distribution lists. Their pitches rot alongside the all-caps ones for Canadian pharmacies, mail-order brides, and bogus sweepstakes awards. I empty that slop bucket 2–3 times per day and hit the delete key extra hard.

The next step? After sending a press release, the PR person should do… absolutely nothing. Seriously. Don’t follow up, don’t “circle back,” don’t check in, and for Odin’s sake don’t resend the same press release two days later with a cheery, “Just wanted to make sure you saw this…” at the top. Concerns that it might have been “lost in the clutter” ignore the obvious point that it is part of the clutter.

Trust me, reading and filtering press releases is a journalist’s job. If they didn’t respond to the pitch the first time, there’s a reason, and it’s not because they forgot how to read email. Take the hint. Sending it a second time just doubles the workload for everyone. Treat your press pitches like a Tinder profile: if someone swipes right, you’ll know about it. Otherwise, shrug it off and move on.

The good press pitches (about 5%, in my experience) lead to an interview, briefing, in-person meeting, demonstration, or site visit. They’re an introduction or invitation that leads to something more substantial. Even after all that, it may or may not result in an article. Depends how useful and interesting the news is.

Sometimes you’ll receive a hint of upcoming news “under embargo,” meaning you agree to keep it a secret until a certain date. The purpose of an embargo is twofold. It gives the company time to talk to a number of different journalists, one after another, while still having the news appear in public all at once. This is what happens with most major product announcements from big companies like Apple, Google, or Intel. The press gets an early peek at the upcoming gadget or gizmo with the understanding that they won’t breathe a word of it until the big reveal next week.

The other purpose of an embargo is to allow you, the journalist, to do some research before writing your article. You can do some fact checking, try out the gadget, play with the software, run some benchmarks, check out competitive products, or do whatever seems appropriate and useful to you. Then, when the embargo date arrives, you’ll have prepared an in-depth, well-reasoned article, not just a hot take.

Without an embargo, there’s pressure to post the news immediately to avoid looking like a straggler. In the online publishing world, seconds count. The problem with that, as we all know from social media posts and second-rate blogs, is that speed is the enemy of accuracy. As everyone rushes to be first, or second, or third to post the news, there’s no time for sanity checks. Is Intel’s latest chip really delayed? Is Microsoft’s update really full of bugs? Or is some blogger uncritically repeating what he heard 15 seconds ago? Might be better to wait a few days to read a more reasoned analysis.

Some companies don’t offer embargoes, and some journalists don’t, either. Both sides have to agree to it. Sending out a press release with the words “under embargo” or telling someone on the phone that “this is not for publication” doesn’t work, and a journalist is free to publish it immediately. If the embargo is important, ask first and be sure to get agreement.

On the other hand, professional etiquette dictates that you introduce yourself as a journalist when calling or writing to someone. From that point on, you’re nominally free to publish anything they say – again, unless you both agree to an embargo or nondisclosure. There isn’t much gotcha! journalism in the tech world, thankfully, but it’s still important to make clear why you’re contacting them and what your purpose is. If they contact you first, it’s assumed they already know your role.

After the spamming with irrelevant pitches (73%) and the unwanted follow-ups (52%), the biggest complaint most journalists had was when companies provide them with “inaccurate or unsourced information.” Journalists are interested in accuracy – or should be, at least – so they develop a nose for self-promotional hand-waving. Company product managers are rightly proud of their products, but they’re also biased. They have the best inside information, but they’re also motivated to cast a rosy light on their work. PowerPoint slides that show how well their new baby performs against the competition must be carefully evaluated with a jaundiced eye. (“Power corrupts, and PowerPoint corrupts absolutely,” said famed statistician Edwin Tufte.) Companies can help themselves by providing backup data, sourcing claims, and documenting their benchmarks, even if it’s just in small print on the last slide.

Like a lot of products, creating it (i.e., writing the content) is the easy part. Making a business out of it is hard. Some publications are supported by advertising dollars, some by subscriptions or other sources, and some just plain lose money. Here at Electronic Engineering Journal, you may have noticed that you’re not paying a subscription, so advertising dollars play a big part in keeping our servers running. That business model has been the basis of most publications, newspapers, and magazines for more than a hundred years.

Here at EEJ, we have a proverbial Chinese Wall between the writers and the advertising salespeople. I have no idea what advertisements are running alongside this piece right now. Given the automated nature of our ad server, they’ll change over time anyway. The point is, we don’t write articles to appease (or antagonize) any particular advertiser for the simple reason that we don’t even know who the advertisers are. But I’m sure they make great products!

One last tip for aspiring journalists: You won’t get rich. In our information-based society, we place a low monetary value on accurate information. It’s easy to write content. That’s called a blog, Facebook page, Instagram account, or YouTube channel. It’s harder to monetize that in a way that doesn’t compromise your independence. And you’ll have to plow through a whole lot of strange press releases.