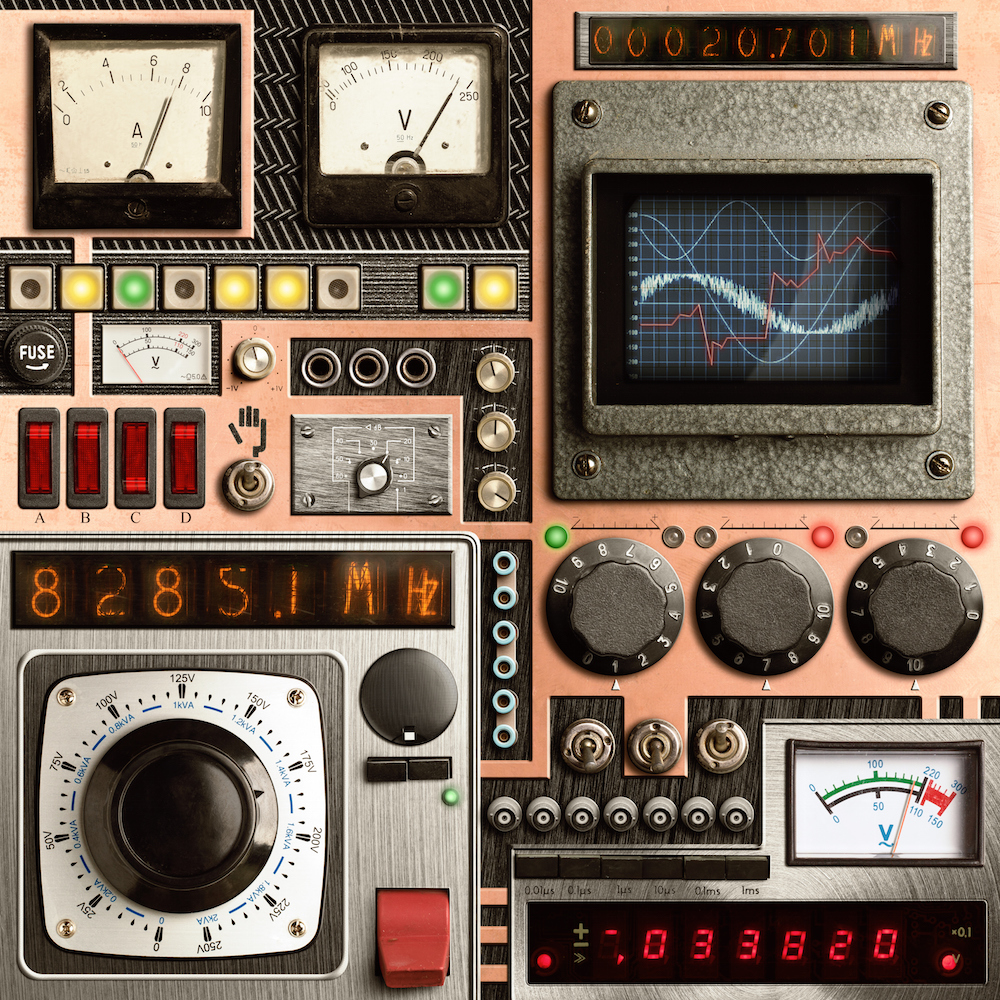 “The more sand has escaped from the hourglass of our life, the clearer we should see through it.” –  Johann Paul Friedrich Richter

There’s a scene in the old Woody Allen movie, “Sleeper,” where a future time traveler discovers a cave with an ancient, dust-covered VW Beetle parked inside. He cautiously explores the strange artifact before opening the door and hesitantly settling in to the driver’s seat. He turns the key and… it starts.

Some primitive technologies are just too good to die. We still use QWERTY keyboards, even though they’re an ergonomic nightmare, and railroad tracks are still 4 feet, 8 ½ inches apart, reportedly because that was the width of a Roman chariot. Why mess with a good standard?

Case in point: VMEbus. This Neolithic board-level standard was created in the early 1980s by a handful of Motorola engineers as a way to “generic-ize” their MC68000 microprocessor chip’s bus interface. They came up with something they called VERSAbus, which, after some tweaking, became VMEbus. (The VME part doesn’t really stand for anything.)

VME, like Depeche Mode and Tears for Fears, was big in the 80s. If you wanted to build a modular, reasonably fast, and vendor-neutral computer system, VMEbus was a pretty good way to go. Sun Microsystems made its name building VME-based workstations. Big companies like Motorola, as well as specialty vendors like Mercury Computer, Force Computers, DY4, and others, all designed competing but mutually compatible VMEbus boards. You could plug in a CPU board from one company alongside a memory board from another, plus a half-dozen I/O boards from still other vendors. The complete system wasn’t pretty, but it was rugged, reliable, and infinitely upgradeable.

And deathless, apparently. After more than 30 years, you’d expect old-school tech like this to be headed to the embalming table. I mean, it still uses 5V open-collector signal lines, pin-and-socket connectors with 0.10-inch spacing, and a bus frequency so slow you can debug it with a voltmeter. You almost expect to see sockets for vacuum tubes. It’s the Bus That Time Forgot.

But people still buy $350 million worth of VMEbus boards every year. That’s a big market, and enough to support several standalone vendors. The business isn’t even slowing down all that much, considering that it hasn’t seen a technology upgrade since the Reagan administration.

So, who’s buying these things? Museum curators? Archaeologists? Steampunk aficionados? Nope, it’s mostly military. Back in the 1980s, the use of COTS – commercial, off-the-shelf components – was a byword of the military-industrial procurement process, and VMEbus was perfectly timed and positioned to take advantage of that. Military users could buy readily available civilian products instead of custom-designing and -building their own, saving money and aiding longevity. That longevity part certainly worked out well.

Part of VME’s charm is its modular upgradeability. Is your original Motorola 68010 processor board getting a bit long in the tooth? Yank it out and replace it with a faster 68040 board, or a PowerPC board, or (most likely of all) an Intel Core i5 processor board. The basic VMEbus chassis, backplane, and power supply all stay in place, but the processing power, memory capacity, and I/O capability all get upgraded as needed. It’s the “works in a drawer” philosophy extended to boxy industrial computers.

Conversely, if you’re recreating a museum piece and really do want a “new” 12.5-MHz processor board with 512K of DRAM and a parallel printer port, GDCA has got your part number. “We never end-of-life a product!”

VITA, the nonprofit trade organization that oversees all things VME, says that VMEbus still appeals to long-lifecycle designers for military and industrial controls. For them, VME’s combination of fixed chassis and upgradable electronics translates into a nearly infinite lifespan. The size and shape of the box stays the same, but everything inside changes as needed. It’s like Keith Richards getting constant blood transfusions.

It would be easy for VITA to simply become conservators, solemnly preserving the history and the memory of the once-great VMEbus standard. With sandaled feet, brown robes, bowed heads, and quiet voices they’d care for the ancient texts and interpret their secrets for each new generation.

Yeah, no. Instead, VITA has been busy creating an entirely new standard to take VME’s place in the world. And lo, the new technology is called VPX, and it is good.

VPX – which also stands for nothing in particular – is an entirely new bus standard with almost nothing in common with its predecessor apart from some physical resemblance. Its performance is off the charts compared to VME (but then, so is an iPhone’s), and it uses entirely different signaling technologies. It’s not so much an upgrade from VME as a complete rethink.

First, the similarities. VPX uses the same 3U and 6U Eurocard physical form factors as VME. That is, the boards measure approximately 6 x 9 inches (6U) or 4 x 6 inches (3U). They look roughly the same, even if they don’t work anything like the same.

As with VME, you plug VPX boards into a rack with a shared backplane. But that’s where the similarities end. VPX isn’t a parallel bus like VME, with separate address, data, and control lines. Instead, it’s an amalgam of high-speed serial buses like PCIe and Gigabit Ethernet, but also with support for optical and/or RF connections right on the backplane. Where VME boards typically had front panels crowded with DB-9 connectors for RS-232 cables, VPX routes all of its I/O out the back, keeping the front panels clean. That makes cabling neater, and it also makes it easier to replace boards without first unscrewing a tangle of cables.

VPX uses very-high-density backplane connectors that allow for lots of bus signals as well as lots of user-defined I/O. Jerry Gipper, Executive Director of VITA, jokes that the new connectors are as expensive as an entire VMEbus board. But, as volumes improve, the prices should come down. And they’re necessary to achieve the kind of performance and signal density than VPX’s backers want to see.

And those volumes are certainly improving. Since its introduction in 2014, VPX sales have grown steadily, to the point where IHS Markit expects VPX sales to exceed those of VME sometime next year. In other words, around $300 million and climbing.

VPX is a lot more complicated than VME, naturally, so initial VPX-related sales tend to include a lot of engineering talent and system-integration charges. VME, on the other hand, is dominated by board-level sales; the systems were all thoroughly debugged decades ago. Now it’s a replacement market. But VPX is still on the upswing, and most VPX customers are building or buying their first system. The sales figures suggest that they’re happy with the results, but we’re not quite to the “plug and chug” stage of standalone board sales.

VITA members now spend their time fine-tuning VPX standards, developing VPX technology upgrades, and charting VPX’s market trajectory. They also hold an annual Embedded Tech Trends conference, a place for VME and VPX vendors to get in front of press and analysts. There is nothing left to do regarding VME specifications, but VPX is still very much in its growth stage. Gipper says that VITA has more than 20 active working groups. That doesn’t sound like an organization overseeing an outdated technology. More like a group building something that will last for another 30 years. Long live VPX!