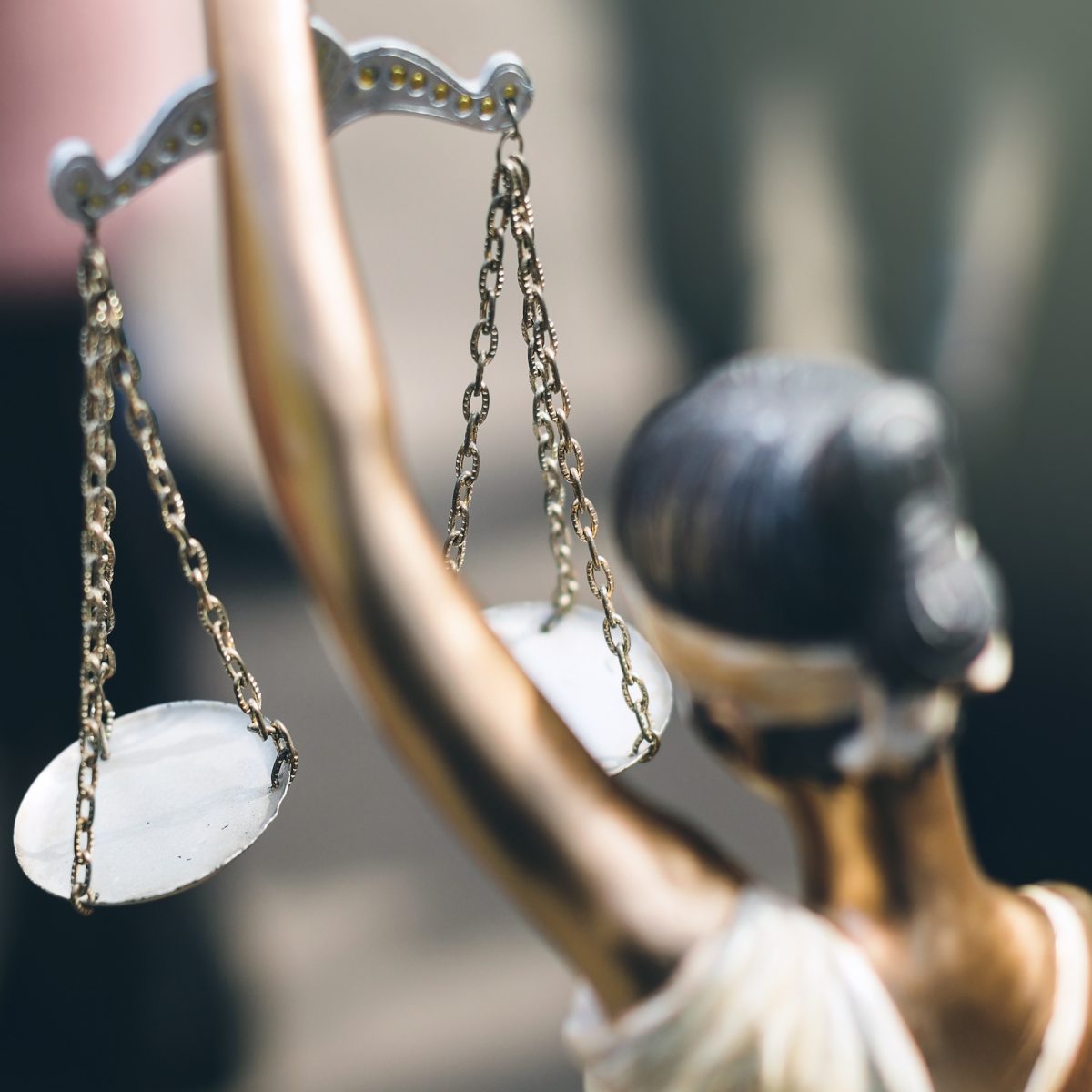 Whose Product Is It, Anyway?

“Many a doctrine is like a window pane. We see truth through it but it divides us from truth.” – Khalil Gibran

What follows is wholly uninformed speculation. I hereby declare that I am not competent to render legal judgments. The names have been changed to protect the innocent. Do not place any weight behind this argument. Now, having said all that…

Two high-tech companies are currently suing each other. No news there. Don’t worry about which two companies we’re talking about. That’s not important right now. Besides, Lady Justice is blindfolded for a reason: she weighs all evidence equally, with no bias toward the litigants. For convenience, let’s call them Maytag and Kenmore. (You can substitute “Ferrari” and “Maserati” if you like, or “Keebler” and “Nabisco” or – my preference – “Sam Adams” and “Arrogant Bastard.” Suit yourself.)

Maytag designs, builds, and sells products using components that it buys from Kenmore (among others). Maytag and Kenmore have had a long and mutually beneficial relationship. Maytag gives Kenmore a heads-up (under NDA) on what products are in the pipeline and what components it might want to purchase over the next few years. In return, Kenmore shares with Maytag (also under NDA) the components in its development roadmap. Between them, they cooperate about as closely as any independent supplier/customer pairing that you could name. The sun shines. The birds sing. The constant flow of revenue keeps the lights on. Free markets are a wonderful thing.

But then, dark clouds heave into view. Maytag doesn’t buy all of its components from Kenmore, of course. It has a network of dozens of suppliers, including some of Kenmore’s competitors. And it so happens that a certain Maytag model is selling very well – so well, in fact, that it’s creating a component shortage. Maytag, as is its prerogative, decides to dual-source some components from both Kenmore and one of Kenmore’s competitors.

Complex components from different vendors are rarely identical, and so it proves in this case. The two suppliers’ parts are more-or-less equivalent, but there are some differences. You can substitute one for the other, but a good engineer can easily spot the difference. The customers, however, cannot.

And so, Maytag designs its product to mask those differences. From the end user’s point of view, the two internal components appear identical, because Maytag took pains to make it so. They don’t necessarily want their customers to worry about slight internal differences in components, supply chains, or arcane technical datasheet specifications. They also don’t want word to get out that half of the Maytag products are slightly better than the other half, for fear of creating a gray market in the “better” version and dampening demand for the “worse” one. That would defeat the purpose of dual-sourcing the components. The whole point was to increase production beyond what Kenmore’s supply of components would allow, and to make the transition invisible to the market.

But here’s the problem. Kenmore believes that its components are better than its competitor’s. But Maytag is treating them the same, and it’s telling the world they’re the same. By telling its customers that its products are equivalent and equally desirable regardless of whose components are inside, Maytag is disparaging Kenmore’s components.

Is this a case of hurt feelings, or of real damage? Does Kenmore have a legitimate complaint, or should the company just shut up and take its customer’s money?

Let’s start by taking Kenmore’s side. It has spent a lot of time and treasure to produce a superior product. Anyone with engineering experience can see the difference. Indeed, that superiority is probably what led Maytag to choose Kenmore as a supplier in the first place. Few would dispute that Kenmore’s components really are better.

When you’re supplying components and not complete products, your success depends on your customers’ success. You’re only as good as their final product. You win new business by showing how well your components work in existing products. If they show your components in an unflattering light, it’s bad for business. Worse, if one of your biggest customers publicly declares that your components are no better than your competitor’s second-rate stuff, it’s really bad for business. And untrue. And unfair. And possibly slanderous, defamatory, and illegal.

On the other hand, Maytag makes the final product, controls its own marketing, and manages the end-user relationship. It has a vested interest in keeping the internal workings of its products out of the public eye. Or, at least, of obfuscating some of the details. Why would a naïve end-user need to know that kind of detail? Why should they care? How many would even understand the differences if they knew about them?

But most of all, Maytag doesn’t want to bifurcate demand for its products based on some little-understood difference in a minor component. That would create havoc in the retail channel, headaches for tech-support staff, and piles of unsold inventory for products with the unloved component inside.

From Maytag’s point of view, the two components are identical because it uses them both identically. Whatever potential features or advantages it could have wrested out of one or the other are irrelevant. If Maytag wants to use both components as simple ballast, it can. Both serve equally well as inert lumps of mass. A gram of lead works just as well as a gram of gold. Or of depleted uranium.

To add friction to the fire, Kenmore threatened to go public with the differences between its components and its competitor’s components, as used in Maytag’s products. Maytag, in turn, threatened Kenmore with legal action if it did so. Again, Maytag has every reason to keep the differences on the down-low, while Kenmore has just as much incentive to publicize them. Who gets to talk?

I tend to side with Maytag on this one. They “own” the finished product, in the sense of creating it, bringing it to market, and supporting it after the sale. It’s their name on the box, and it’s their hotline that customers will call when they have problems. As far as most Maytag customers are aware, the company created every single piece of that product from the ground up, starting with the dirt.

It’s every OEM’s right (in my view) to use – or misuse – components in any way they see fit. If I buy your DRAMs to use as drywall shims, that’s my choice. It may not reflect well on your technology, but so long as my checks clear the bank, I don’t feel you’ve got much right to complain. You promote your products, and I’ll promote mine.

I once spoke with an engineer who was designing a Japanese videogame console. His team had been approached by a component supplier eager to be included in the high-profile design. Like most hardware vendors, the new supplier had bragged about how his chips were faster, cheaper, and more power-efficient than the chips the company was using now.

The videogame designers were horrified. In their view, every single console should be identical, from the first one out the door to the last one shipped years later. They aren’t supposed to get faster or more power-efficient over time. (Cheaper is okay.) Anything else just invites software incompatibilities and support headaches. Once they’d selected the hardware components for their game console, they wouldn’t consider any alternatives. “Better” didn’t mean better, at all.

That’s a bitter pill to swallow in this industry, where change and innovation are defining characteristics. How can my product not be successful when it’s better in every way? But “better” is in the eye of the beholder, and we don’t always get to say how our products are used. Somebody, somewhere, is using “War and Peace” to level a table (okay, maybe level a house), but Tolstoy’s heirs don’t get to complain about it. I think the doctrine of first sale applies to semiconductor components, too.

One thought on “Whose Product Is It, Anyway?”