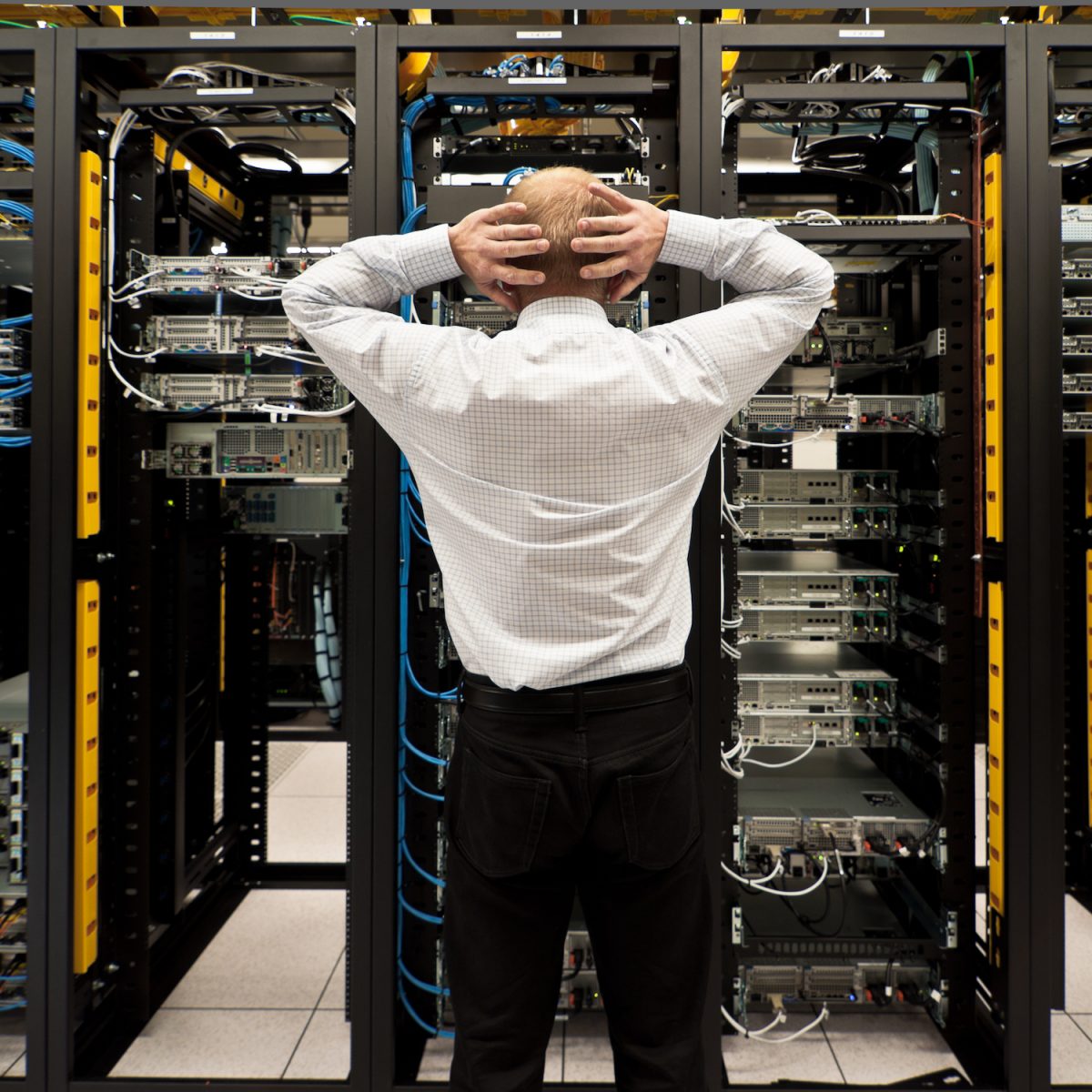 “Whenever I hear the word culture, I reach for my revolver.” – Hermann Göring

Here we go again. This is the year of “fake news.” Maybe it’s because we’re all starved for novelty, or because the government has stopped putting the Ritalin in our drinking water. Maybe future sociologists will look back and blame Facebook, Twitter, and Twinkies for our short collective attention spans. Whatever the reasons, it’s all too easy to jump to the exciting conclusion over the mundane one. “Man bites dog” always grabs more headlines than the reverse.

This week, everyone was all atwitter over Microsoft’s apparent endorsement of ARM-based server computers. The premature (and predictable) prognostications of “the end of Intel’s dominance” weren’t far behind. Is Microsoft going to start selling ARM software (again)? Is this the turning point for server architectures? Has x86 finally met its match? And what about Naomi?

Meh. Not so fast.

Microsoft runs Azure, the #2 cloud infrastructure service, behind Amazon’s #1 AWS. As such, the company builds, buys, operates, and maintains a USDA metric ton of servers, all over the world. It follows, then, that the company is constantly looking at ways to improve said servers, either by making them faster, or more power-efficient, or more reliable, or cheaper. Preferably all four. So, yeah, the company is kicking the tires on a few ARM-based servers, just like everyone else. Google, Facebook, Amazon, and most every other cloud farmer has planted a few ARM-based seeds in their time.

It’s all come to nothing. Nobody has deployed any significant numbers of ARM-based servers, a dire outcome that has led to the demise of several ARM-based server-chip makers. Calxeda, Broadcom, Marvell, Hewlett-Packard, Samsung, and AMD all bet large that ARM would be The Next Big Thing in servers, but it hasn’t happened. Developing such chips is expensive, and the sales just aren’t there.

Psst! Hey, buddy! Want to buy an ARM-based server-chip company? Step right over here. The management at Macom would love to talk to you. Last winter, the company acquired AppliedMicro (formerly AMCC) for more than $700 million, and then immediately set about selling off the part of the business that makes the X-Gene line of ARM-based server processors. You see, AppliedMicro makes two things: communications chips for servers, and ARM microprocessors for servers. Guess which half Macom really wanted. Indeed, the hefty sale price would have been even higher if AppliedMicro hadn’t been making ARM chips.

The X-Gene product line has been losing around $50 million per year. That makes it a liability, not an asset. And X-Gene wasn’t even a new R&D project. It was a thoroughly engineered SoC in its third generation, and AppliedMicro has been selling X-Gene chips for years. (Not many of them, obviously, but they were selling.) Indeed, Macom CEO John Croteau says the ARM side of the business, “… doesn’t fit in our portfolio…”

Now, how often do you say something like that, in public, just days after you’ve spent three-quarters of a billion dollars to acquire it? That’s not buyer’s remorse, it’s strategic thinking. At any rate, Macom is actively looking to sell off the ARM side of AppliedMicro, probably at fire-sale prices. Anybody need a $50 million tax write-off this year?

Back at Microsoft, the company publicly demonstrated a couple of ARM-based machines running Windows Server, its .NET framework, and some Azure apps. (The chips themselves were from Cavium and Qualcomm.) But these were internal ports of Microsoft’s own software – not code for sale.

The company drove nails into that coffin right away. “We don’t see any opportunity for Windows Server on ARM outside [of] our internal apps,” said Microsoft’s Leendert Van Doorn, in an interview with Silicon Valley correspondent (and all-around nice guy) Rick Merritt. “The servers we see this year are really brawny, and for our workloads we need brawny, not wimpy, servers. The rest of the industry had a similar experience.”

Yet Microsoft’s demonstration is more than just a poster board at a science fair. “It’s not deployed into production yet, but that is the next logical step,” according to Jason Zander, VP of Microsoft’s Azure, in a Bloomberg interview. “This is a significant commitment on behalf of Microsoft. We wouldn’t even bring something to a conference if we didn’t think this was a committed project and something that’s part of our roadmap.”

In short, Microsoft is considering the idea of using ARM-based servers for themselves, but not to offer it as a product. The company intends to send a few hundred of these ARM-based motherboards to an unnamed Asian facility for further testing. After that… who knows? The company may decide it loves ARM-based servers and start to build-out a bunch of them for internal use. Or it may quietly discontinue the experiment, as so many other firms have done. Or Microsoft may not tell us either way – which is kind of the point of cloud services anyway. They’re supposed to be generic, interchangeable, and provided as a utility. What do Azure customers care whether the hardware underlying their software is based on ARM, x86, PowerPC, or pocari sweat?

But what seems very clear is that Microsoft isn’t interested in selling ARM-based code to the general public (again). Remember Windows RT? That was supposed to revolutionize the PC and/or mobile market with the promise of Microsoft familiarity combined with ARM’s low cost and power-efficiency. And that went exactly nowhere. Having a familiar operating system wasn’t enough; consumers wanted familiar applications as well, and Windows-on-ARM didn’t have any. Half a solution is no solution at all. (Or, for you chemists, it’s a 50% solution of vapor.)

This is not the second coming of Windows RT – which was, in turn, the second coming of Windows NT. Microsoft is not pivoting its software strategy around ARM, and this is not some landmark “inflection point” in our industry. It’s just one more company trying out a hardware alternative that may, or may not, yield some internal benefits in terms of cost, power, or maintainability. Or maybe it’s just a bit of public saber-rattling to keep Intel on its toes. Microsoft certainly has the financial resources and sufficient manpower to conduct its little experiment, even if it is all for show. All they had to do was port their software; the hardware came from outside. What’s a few hundred boards when you’re making millions every month in the cloud-services business?

We wish Microsoft well in its experiment. Regardless of the outcome, the company will have learned something, and that’s what a well-designed experiment is supposed to do. As for ARM? It’s a nice bit of PR for them, not that they need the added coverage. And Intel has the unenviable job of talking a few breathless bloggers down off the ledge. “No, we have not lost our lead in server processors, thanks.” The company’s ads say that “98% of the cloud runs on Intel,” and you know their lawyers had to check that statistic carefully. A few (or even a few hundred) ARM-based servers at Microsoft aren’t going to change that.