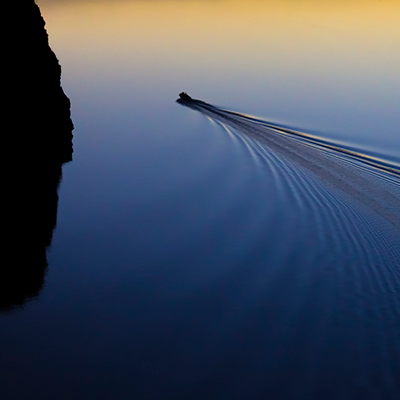 “As you get older it is harder to have heroes, but it is sort of necessary.” – Ernest Hemingway

They say you should never meet your heroes. But I met one of mine, and it couldn’t have turned out better.

Meeting your heroes is supposed to lead to disappointment and regret. Your favorite sports star will turn out to be a foul-mouthed child abuser. A respected civic leader will be taking bribes from all sides. Your childhood movie star crush will be revealed as a rude, self-absorbed, talentless twit. Better to cling to the gauzy illusions than to discover the ugly reality.

My heroes were mostly nerds. Thomas Edison, Nikola Tesla, Arthur C. Clarke – that crowd. When I started working as an engineer, I admired people who created things. I was never overly impressed by actors or singers because it seemed as though the playwrights and the composers were doing the real work. They created something. The performers just, well, performed it.

One of the constants in every engineering lab back then was a dog-eared copy of Microprocessor Report. It was the original nerd porn, a 24-page newsletter packed with detailed information on the latest microprocessor technology. New chips, new programming theories, new computer architectures, new startup companies – it was all there. It mixed deep-dive technical teardowns (six-page article on CPU pipelines, anyone?) with business analysis and financial forecasts. It was even well written, a rarity among technical journals, then as now. It was like reading Scientific American or Architectural Digest as you’re just starting out in your career. This was the good stuff. Embarrassingly, it was years before I learned that Microprocessor Report was printed with purple ink. I’d been reading third-generation photocopies faxed to our office.

Nearly all the articles were written by some guy named Michael Slater, with occasional guest pieces from a visiting Stanford professor, Berkeley PhD, or Oxford don. Michael’s stuff was great, and it so happened that he was looking for an additional editor, so I sent in a resume. Can’t hurt, right? At least the rejection letter will be purple.

I got an interview. Michael was intense but also very friendly. His trademark black beard framed a frequent smile and a toothy grin. He clearly had deep wells of technical knowledge, but he wasn’t the pedantic or standoffish type. During the interview, he was happy to laugh and poke fun at this company or that product, but he didn’t toss off jokes frivolously. No remark was ever just for the laugh; there was always a reason behind it.

I made the mistake of misrepresenting the job, saying, “I’d like to join your group of journalists and help to—“

“We’re analysts, not journalists.  Journalists report facts and try to be impartial. We’re expected to form opinions and draw conclusions. Very different. People pay us for our research and insight. Just be prepared to back it up with a lot of data and analysis.”

Michael (and his second-in-command, Linley Gwennap) ran a tight ship. Your research had to be solid, your conclusions had to be well-founded, and your deadlines were inviolate. If you thought a product was crap, you said so, but you backed it up with research and comparison data and charts and graphs. Microprocessor Report was not a place for off-the-cuff opinions, click bait, or hack writing. (There were other engineering publications for that.) He felt, with some justification, that he was creating the journal of record for the entire microprocessor industry at a time when it was going through massive change. Somebody had to write this stuff down before we all forgot, or before the victors rewrote the history books. Legitimate journalism outlets seemed to agree: Microprocessor Report won several awards in those early years.

The office was a no-hyperbole zone. You didn’t write that something was “pretty good” when it was only average. An “order of magnitude” improvement had better mean there’s an extra zero in there, and you almost never used the word “literally” because it’s almost never accurate. The phrase “raw performance” was banned as meaningless. What would cooked performance look like?

The writing should be invisible. Let the product data speak for itself. This is not a poetry competition. Every paragraph, sentence, and phrase should advance the reader’s knowledge somehow, not just act as a literary flourish.

On the other hand, producing a professional paper-and-ink newsletter was a real juggling act. Back in the days of print layout, we had to fit our text to exactly fill the page. Big glossy magazines and newspapers can use pull quotes, photographs, margins, captions, and other tricks of the trade to adjust the size of their articles. We didn’t have any of those at our disposal, so we had to lengthen or shorten the text until it ended at the bottom-right corner of the page – preferably an even-numbered page. It was a little like juggling a chainsaw, a grapefruit, and an alarm clock.

Business was good, and Michael eventually got himself a boat – a fast-looking craft that could take maybe five or six passengers out for a day of fun. As a half-dozen of us from the office skimmed across San Francisco Bay, I leaned way over the stern (that’s the back end, I discovered), to watch the twin propellers churn up the water behind us. There comes a tap on my shoulder. “Bad idea,” Michael said. “If you lose your balance, you’ll fall straight into the propellers. Messy.” Good advice, that.

No sooner had I moved back to a safe distance than he throttled up and started skimming across the tops of the waves. My officemates and I bounced around and grinned but also looked around nervously for something to hold onto. It was equal parts exciting and scary. One of the others was clearly more scared than excited. “Are we supposed to be going this fast?”

“Do you always do everything you’re supposed to?” Michael grinned. For the first time, his black beard looked a bit piratical. Here was Captain Meticulous breaking the rules and having a good time doing it. More than that, he was showing his employees that it was okay to color outside the lines once in a while.

We published every three weeks, which seemed to me an odd and arbitrary schedule, but the fact is, that’s just how long it took to produce each issue. A big chunk of that time was taken up by a painfully detailed peer review of each article. Nothing got published before half a dozen outside experts had read and critiqued it. The process could often be humbling.

The reviewers in question were a brain trust of experts in computer science and/or electrical engineering. Every single one of them had a PhD degree, patent portfolio, or startup company to his name – often all three. Many taught advanced university courses. In short, these guys knew their stuff inside and out. In any other setting I would have addressed them as Dr. Epstein, Dr. Tredennick, Dr. Belgard, Dr. Gaubatz, etc. But Michael somehow made them into approachable friends. During our meetings, they were just Dave, Nick, Rich, Don, and the guys. They’re still some of my best friends, and the smartest people (both individually and collectively) that I’ve ever met. It’s like getting to hang out backstage with nerd rock stars.

That group also taught me the importance of being the dumbest guy in the room, a lesson I’ve had no trouble repeating. If you surround yourself with smart people, maybe some of it will rub off. At the very least, you’ll be exposed to some clever ideas. All you have to do is mimic them.

A not-smart thing to do was torpedo the company, right on the front page of the San Francisco Chronicle. Michael and Linley were out of the office when a reporter called. Intel was in the news, as it often was, and the reporter needed some background on the company’s new chips. Knowing he was on a tight deadline and needed a quote, I figured I could bluff my way through the reporter’s call. The next morning, Intel’s PR department is on the phone, and Michael is on Line 2, asking for me. The front-page article included some breezy but inopportune words from that call, words that did not reflect the reputation for sober expertise that Michael had spent so many years developing. I was hosed.

Yet he never had a harsh word for his new employee – not even close. Michael made the entirely reasonable suggestion that, in the future, I should either defer to my betters or be more circumspect in my comments to the press. (Note to self: There is no such thing as “off the record” unless both you and the reporter agree to it.)

The printed newsletter also had a live component: the annual Microprocessor Forum conference. Once a year, chip designers from around the world (but mostly from our neighborhood in Silicon Valley) would gather to announce details of their newest processors. Intel, AMD, MIPS, ARM, Sun (with SPARC), and many other big-league hitters all announced their new CPUs at the Forum, in front of the assembled press and TV cameras. As technical conferences go, it was kind of a big deal. It was the only time of the year we wore suits.

Yet this big event was created on a hunch. Michael explained: “Engineering conferences like the IEEE events or Hot Chips were very technical, collegiate, and low-budget. At the other end of the spectrum, financial conferences were all very deluxe and expensive, with nice hotels, good food, and high-level attendees. I wanted to do something in the middle.”

A popular perk for Forum attendees was the souvenir “chip portfolio,” a notebook with that year’s new microprocessor silicon embedded in the cover. I suspect that a few conference-goers paid their $300 admission price just to get hold of the new portfolio. I even saw engineers examine their competitors’ new CPU chips on the cover to estimate die sizes and transistor counts.

Michael is the first to admit that the whole business – publications, events, consulting, and everything – wasn’t premeditated. It just happened. “It seems like something I carefully planned out and crafted, but really it was just dumb luck and following my instincts.”

“The reviews and analysis were just something that I wanted for myself, coming at it from the user’s perspective. It just happened to match the needs of a lot of other people. I had lots of opinions, and people were looking for opinions.”

In true Silicon Valley entrepreneurial style, Michael eventually sold his company and retired to a nice house in the country. Seemingly the very next day, he started a new company – and sold that one to Adobe. Then he started a third company, which is currently up for sale if you’re interested (check out www.webvanta.com). As I said, the man creates lasting value. In many different ways.