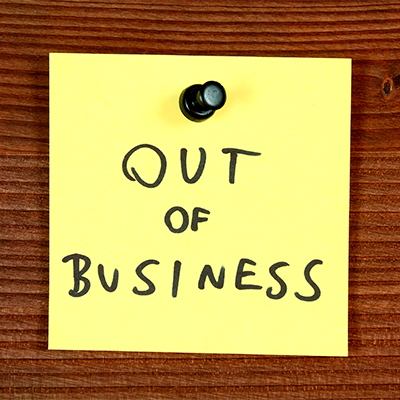 Can you hear them? They’re out there. Millions of tiny digital voices shouting wistfully into the abyss. They are trying, trying, trying to make contact. Trying to reach Home. Trying to reestablish that crucial intimate connection that they need to survive. Their desperate cries blend into a silent cacophony of lost packets – billions and billions of bits wandering aimlessly through the internet infrastructure, searching for something that will never ever reply.

Home is simply not there anymore.

Most of the IoT relies on a cloud-based computing architecture. The edge nodes do the sensing, the communicating, the actuating – all the interaction with the real world. They also do a small share of the computation and storage. But for the heavy compute, store, and communicate tasks, they hook up with the mother ship in the cloud. Technically, this allows faster, more capable servers to complete parts of the task that the tiny, power- and space-limited edge node cannot.

Commercially, the cloud architecture enables the “-as-a-service” business model. That’s a big deal. Rather than relying on a one-time sale of a piece of equipment and depending on obsolescence for repeat business, companies can charge a nominal (or sometimes not so nominal) fee for the use of the system-as-a-service. That makes for a much more predictable, sustainable revenue flow. And, in many cases, it more accurately mirrors the company’s development and ongoing expense for IoT deployment as well. The development and manufacturing cost for an actual IoT edge gadget may be trivial compared with the investment required to set up and maintain the entire ecosystem that supports it.

This idea is not new with IoT – unless you consider cell phones part of the IoT (which, arguably, you could). The phones themselves were the easy part. Construction, maintenance, and operation of a reliable (OK, semi-reliable) worldwide network of towers is the expensive and difficult part. Loading the cost of the phone itself into the service price became commonplace and was successful with consumers. Why, then, not a similar model for IoT?

While the cloud-based model does make sense from both a technological and a business perspective, it has a huge risk from the consumer side. If you’ve spent a lot of time and money wiring your home for an automation system, it’s not going to be a good thing if the company comes along a few months later and shuts down the servers that enable it. This is exactly what is happening right now with Nest and Revolv. Nest (which is now owned by Alphabet/Google) acquired Revolv in October 2014. Recently, the company announced that the servers would be taken down and the service discontinued as of May 15, 2016. That means that customers who plunked down around $300 for a Revolv hub (mostly within the past couple of years) now have a stylish and attractive brick.

This is totally not cool.

And this is coming from one of the largest companies on Earth – a company that obviously has the resources to make their customers whole without so much as a hiccup on the P&L. Sure, the company may choose to compensate the customers, or even keep the service running longer than planned to avoid badwill. Or, collective legal action could be taken by customers, and that might gain them some compensation.

But, the point is, this is pretty much a best-case scenario. Because Alphabet/Google/Nest is still in business and healthy, the normal commercial and legal remedies should be able to handle the situation – even if the “remedy” is telling the customers, “Hey, lump it. You lost three hundred bucks. It happens. Now, would you like to buy into our new ‘Work With Nest’ home automation system?”

What happens, though, when the situation isn’t so well suited to normal remedies? What if the company operating an IoT service goes out of business, or simply doesn’t have the resources to maintain the cloud services anymore? The “blood from a turnip” principle won’t provide any relief for the customers. And, what happens if the customers are more heavily invested in the service than a simple home automation hub? What if the cloud service hosted lifetime collections of family photos, music collections, or video libraries (just to pick some random examples)? Or, what if the system hosted some data or service that is safety- or health-critical?

As engineers, we invest a lot of professional time worrying about encryption, security, and other issues that could affect our IoT ecosystem. But most of us don’t spend much engineering effort figuring out what happens if our company simply ceases to exist, or just doesn’t feel like supporting the service anymore. Realistically, flaky or unethical business practices have a much better chance of harming our customers on a wholesale level than a technology or security failure.

As we plan to deploy massive applications such as healthcare, transportation, and other critical-for-life systems with IoT architectures, we need to be sure to carefully consider the weakest link in all of these systems – the company who builds them.

But – what kind of protective measures can we take? There are few legal remedies that will help to defend our customers or make them whole against an entity that simply ceases to exist. Treating IoT infrastructure more like a public utility could be an option. Robust standards that provide for interoperability and competition could eliminate the single-company point of failure that comes along with deployment of proprietary protocols and services.

There is a challenging tradeoff between assurance of service and innovation/profitability. Of course, a company that invests massive resources developing an IoT technology would like to have a lock on the service aspect in order to recoup its investment. But the customer may clearly be better served by a world with interoperability and standards. It will most likely take far longer for our legal and business systems to absorb and adapt to the challenges and nuances of the IoT than for the technology itself to be perfected. Engineers are much more adept at solving technical challenges than other professions are at resolving those involving human beings.

It will be fascinating to watch.