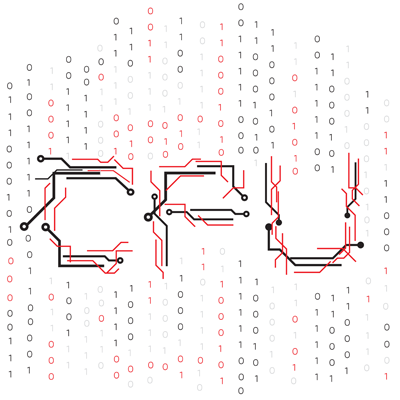 The Market for Two-Inch Windows

Well, it’s finally come to this. The PC has shrunk to the size of a single chip.

Oh, sure, we’ve had single-chip computers before. But nothing this advanced, or this close to a “real” PC without compromises. Other single-chip systems (whether PC-compatible or not) typically lag several generations behind the current state of the art, with old processors, old peripherals, and old fabrication technology. They’re either a last gasp before the old CPU is put out to pasture, or an expensive experiment in integration.

Having said all that, Merlin Falcon probably isn’t the chip you want for your new gaming rig. It’s intended for embedded applications, but ones that want a full-featured PC but don’t have a space for it. The chip can run fanless, although it doesn’t have to. You’re welcome to crank up the clock speed if you promise not to cook it. AMD has put a lot of effort into Merlin Falcon’s thermal management, even allowing you to specify a certain TDP (thermal design power) threshold in your BIOS and then letting the chip throttle itself to stay within the limit.

The CPU heart of the chip is AMD’s familiar Excavator core, the fourth (and probably last) generation of the company’s 64-bit Bulldozer family. AMD has tweaked the CPU microarchitecture a bit in Merlin Falcon, so it’s not exactly the same Excavator you may have in your PC. The data cache is twice as big, but that’s fairly trivial from a design point of view, and it boosts performance only a little (depending on which benchmarks you believe, of course). More interesting is the new core’s rejiggered branch handling, which now has a 50% larger BTB (branch-target buffer) combined with better branch prediction. Overall, the company says you can expect to see somewhere between 4% and 15% better performance. YMMV.

Clock speeds vary a lot based on your cooling ability, chip model, and phase of the moon, but they can hit 3.4 GHz for short sprints with a tailwind and a big fan. For all-day performance, think 1.6 GHz to 2.1 GHz. This is probably the last time we’ll see a new chip based on Excavator, or any descendant of the Bulldozer family, before AMD overhauls its CPU microarchitecture sometime next year. The company is also working hard on ARM cores, don’t forget.

Merlin Falcon supports HSA, the newly defined standard for heterogeneous computing (i.e., CPU and GPU together). That makes it among the first chips from AMD – or anyone, for that matter – to support the new standard. AMD’s interest in HSA is obvious, given the company’s big investment in ATI and CPU/GPU integration. To make that combination pay off, the company has every incentive to make heterogeneous programming as painless as possible.

If your idea of a single-chip PC doesn’t include on-chip graphics, or if you’re just an old-school DOS kind of person, you can get Merlin Falcon without the Radeon GPU onboard. Everything else about the chip is the same: the CPU core, performance, peripherals, speeds, and feeds – you just don’t get the big GPU. Between you and me, it’s actually the same silicon either way, but with the GPU portion disabled.

Anything AMD does is bound to be compared to Intel, and Merlin Falcon is more or less comparable to Intel’s Broadwell/Haswell lineup. Intel hasn’t historically emphasized single-chip products, however, preferring to offload non-core features to a south bridge or PCH (peripheral controller hub) support chip. Intel’s cost models discourage integrating low-margin peripherals onto silicon that could instead be devoted to high-margin CPU cores. Integration isn’t really Intel’s thing.

Intel’s Edison is an integrated PC, but it’s technically a module, not a single chip. Little ZF Micro has something that resembles Merlin Falcon, if you’re willing to squint hard. Its ZFx86 is actually a single chip, with the processor and peripherals all integrated together, but it’s also about six generations back from the state of the art. The processor is a 486-class core (remember those?) and the external bus is ISA (remember that?), not PCI or PCIe.

If you’re not wedded to PC compatibility, there are other “single-chip computers” from various hole-in-the-wall suppliers, sporting various processor architectures and various operating systems, but they really serve a different market than AMD’s single-chip, current-generation PC.

So who wants these things? Well, users of embedded PCs, obviously, but specifically makers of casino games, public signage, and imaging equipment. They all benefit from PC compatibility in that they can find and hire programmers easily, use common development tools, and even incorporate software game engines if they want really spiffy graphics. They also benefit from the on-chip GPU, since these are systems that don’t usually need to upgrade their graphics hardware separate from their CPU or motherboard. You get near-leading-edge PC performance with near-leading-edge graphics, all in two square inches. AMD promises a 10-year production lifespan for Merlin Falcon and its kin, by which time its capabilities will seem ancient. Welcome to the era of the two-inch PC.