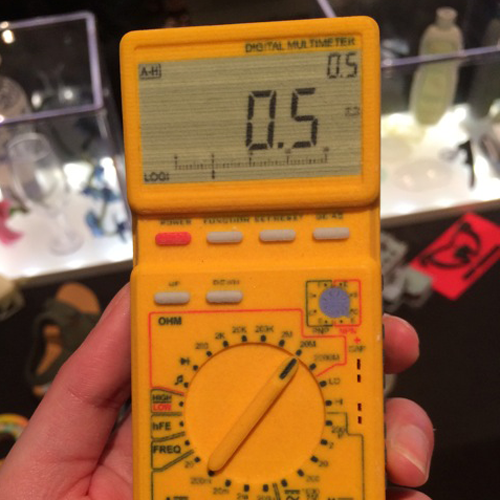 Insights from the 3D Printing Conference and Expo

The exhibit floor at the Inside 3D Printing Conference and Expo in New York City is packed. While other tech conferences (like DAC and whatever they’re calling the Embedded Systems Conference this year) have faced dwindling attendance each year, this one is so well attended that it can be difficult to make your way from booth to booth. The panelists and attendees are excited and enthusiastic. And they have every reason to be — this is a technology that is exploding. Even since World Maker Faire in New York less than a year ago, the 3D printing capabilities on display appear to have improved by leaps and bounds: textures are less rough, sculptures are more intricate and detailed, colors are more varied and vivid, and projects are more interesting and ambitious.

At World Maker Faire, you could step into a scanning booth and get a 3D-printed action figure/figurine of yourself. Now, you can get that action figure in color (not just A color, but IN COLOR), and, at another booth, you can play around with a face-scanning tool that will put your action figure in a Star Trek uniform holding a tricorder – or make it a ghostbuster. The shelves of tchotchkes have been replaced by more inspired art pieces — no one is displaying a Yoda head, even for kitsch or nostalgia purposes, and I managed to find only one example of the usually ubiquitous twisty vase design. In his keynote speech, Terry Wohlers talks about how growth in the 3D-printing industry has quadrupled in the last 5 years. This is a conference where the earliest adopters can enthuse about their explosive industry and discuss the various ways this technology is going to hit the mainstream. What is going to make the 3D printer the next smart phone or personal computer? A lot of the experts’ answers look toward art. 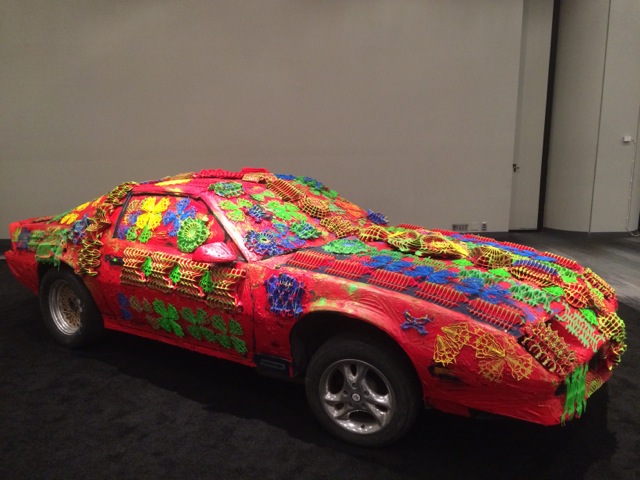 At his talk, “Print and Eat: Overview, Challenges and Opportunities in Food Printing,” Hod Lipson, Associate Professor at Cornell University and Conference Chair for Inside 3D Printing, discusses how, in the early days of computing, many people viewed home personal computers as inevitable, but they had trouble predicting what people would decide to use them for. What would make people want to have their own computer at home? The answer, it turned out, was games. Lipson notes that little plastic toys and sculptures are probably not the things that are going to make everyone want a 3D printer of their very own at home. Instead, he predicts that 3D-printed food will be for home 3D printers what games were for PCs. People will want their own device at home to print snacks and meals. When an audience member responds that the 3D-printed food they’ve tasted isn’t especially tasty, Lipson responds that it will taste much better when the printers are being used by chefs rather than engineers. Right now, he says, it’s like we have iPods with no music. This observation highlights a theme that is echoed throughout the convention: this is a technology that needs artists to help it realize its full potential.

This attempt to forge a stronger connection between the technology and the artisans is reflected in the layout of the conference itself: the Inside 3D Printing Conference and Expo exhibit floor, showcasing all of the technology, takes up one large room of the Javits Convention Center in New York City, but it connects to a second exhibit floor that is home to the 3D Print Design Show, with booths displaying the work of artists who use 3D printers. There, people display 3D-printed sculptures, jewelry, fashion, and instruments. The first day of the expo ends with 3D-printed fashion show on the main stage, while the big event of the second day is an afternoon performance on MONAD Studio’s 3D-printed instruments: visually striking and futuristic-looking electronic string instruments. 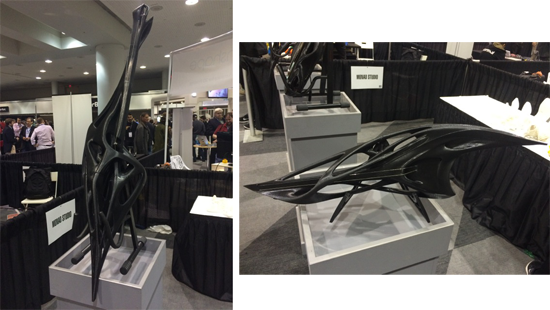 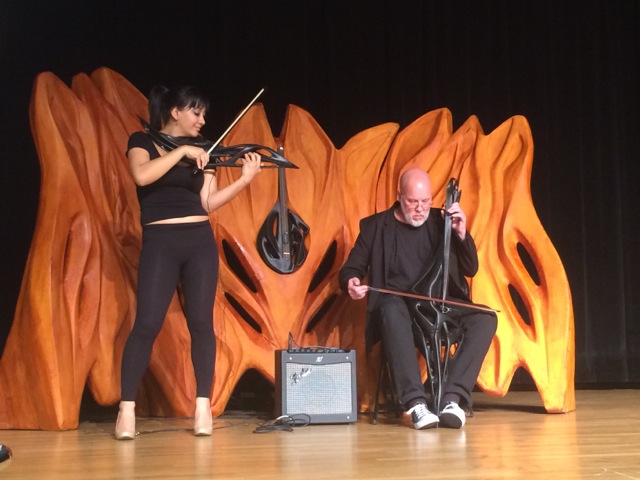 After Lipson’s talk, Kyle von Hasseln of 3D Systems speaks about his company’s collaborations with pastry chefs and their partnership with the Culinary Institute of America, accompanied by vivid slides of previously impossible cake decorations, sugar treats, and frosting sculptures that look like Ming vases. “Pastry chefs are designers,” he says, “and 3D printers are really great design tools.” In his talk, he emphasizes how 3D Systems decided not to go in and explain everything about the technology and all the potential uses they’d brainstormed to the chefs, opting instead to let them explore and find their own ways to play with the tool. The chefs came up with ideas and uses for the printers that the technicians would never have thought of. They let artists take the lead to unlock further potential of the technology.

During a panel discussion, “Fashion to Bionics: How recent breakthroughs in design and technology are unlocking a new economy,” the panelists are incredibly bullish about the future of 3D printing (when asked, all of them think we’ll be eating 3D-printed food in a year). Lucy Beard, founder of Feetz, a digital, customized cobbler company, says the technology will be absolutely essential within 10 years. “And 10 years isn’t very long,” she says, holding up her smartphone, “you didn’t think you needed this 10 years ago.” Her fellow panelist, designer Francis Bitonti, emphasizes that the technology still has a long way to go: “The best things we have are only close to adequate. No one really knows how to design for 3D printing yet.” 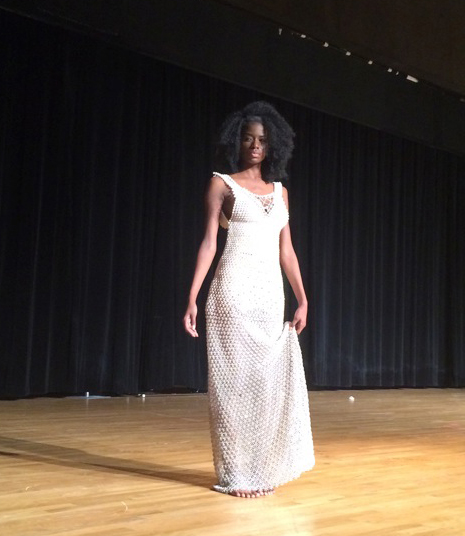 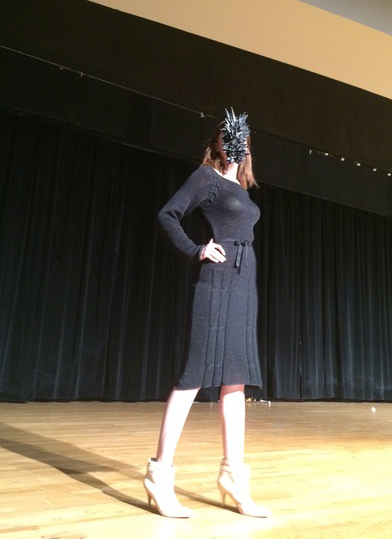 The panelists discuss how 3D printing will change both production and the retail experience. Production will need to figure out how to do one-of-kind thousands of times. The speakers speculate that retail stores will become places for people to see and touch materials and examples of the product and then order their own, customized version.

Beard emphasizes that, moving forward, the tech and design worlds will need to reach a place of mutual understanding and respect. She cites the Apple Watch as an example of the tension: technology-minded people looking at how to use the device and fashion-minded people saying, “I don’t want to wear that on my wrist.”

The Inside 3D Printing Conference and 3D Print Design Show is a place where artisans and engineers (and medical experts and venture capitalists) are coming together to utilize and show off this explosive technology, looking toward (and attempting to create) its future.

8 thoughts on “Insights from the 3D Printing Conference and Expo”