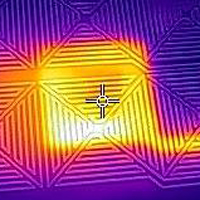 A Circuit Board for the Bees

Unexpected Technology on the Farm
by Bryon Moyer

This is a story about some of the finickiest customers you can imagine. It’s also a story of great patience.

Let’s start with bees. Bees make three things: wax, honey, and eggs. OK, only the queen makes the eggs, but she still qualifies as a bee. In modern commercial beekeeping, a hive consists of a stack of boxes. Each box has several “frames” inside. Each frame holds the familiar wax honeycombs built by the bees. Each new frame has a starting pattern that guides the bees as they create the honeycomb.

By hive design, the bottom box houses the queen and all of the brood (eggs and developing young). A barrier prevents the queen from moving to upper boxes and laying eggs throughout the hive (although workers can get through). So the upper boxes are only for honey. Within the brood box, the size of the starting frame pattern determines the size of the comb build-out. Larger cells house drone eggs; smaller cells house worker eggs. 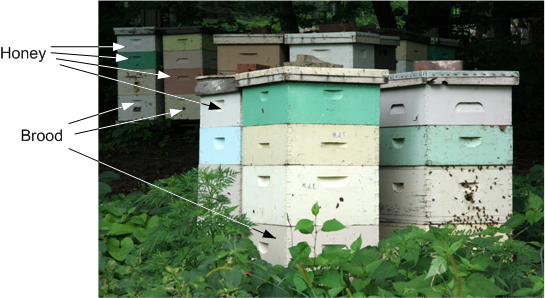 Figure 1. The bottom hive box is for brood; the upper boxes are for honey.

Here’s the problem: the varroa destructor mite is drawn to the pheromones associated with eggs – particularly drone eggs. After the queen lays her egg, the mites get in and lay their eggs, which hatch in advance of the bee eggs. The mitelets eat all the food so that, when the bees hatch, there’s none left, and they starve. This is one potential contributor to the colony collapse issues that have caused such concern.

It’s well known in beekeeping circles that a certain temperature will sterilize the mite eggs prior to fertilization without harming the bee eggs. A higher temperature will kill the mite eggs outright. Beekeepers currently manage this by removing frames and putting them into a 110 °F oven for an hour or so. This approach has been used for roughly the last decade.

That creates an opportunity: what if you could create a frame with built-in heating capability so that this could all be managed automatically? It turns out that, after the queen lays eggs, there’s a slight localized rise in temperature. That temperature change can be used as a signal that it’s time to start sterilizing that region of the frame. It further turns out that if you try to heat the entire frame while it’s in the hive, the bees don’t much appreciate it and start an apiary freak-out. But if you just heat a local area, they’re fine.

This is a project that a company called Eltopia is working; they call it MiteNot. Founder and president Will MacHugh is a farmer by background; he seems to have a number of additional secret skills, including managing scientific research and development. They’ve been working this project, literally, for years. The problems and solutions they’ve encountered were not obvious at the start.

Even though it might be somehow more satisfying (in a “kill-the-critters” kind of way) to heat to kill the mites, simple sterilization has been shown to be more effective and uses less energy. “Break the cycle,” as they say.

OK, so it’s simple. Instead of whatever they use now for a frame material, we swap in a circuit board with the circuits we need (patterned with wax for the bees), and – boom – we’re good, right?

Well, if it were that easy, we wouldn’t be writing about it. Of course it’s not so simple. In fact, when they tried using an FR-4 frame, the bees were not happy. They busily (in the way of bees) started trying to tear it apart.

Who knew bees were so choosy about their building materials. But it stands to reason to a certain degree: bees communicate via pheromones. Smell is everything. Many, many materials outgas – including FR-4. So apparently this was like deciding to build your mother a house out of unfinished compost. Not appreciated.

This started a cycle of research to figure out what the bees could live with. Years of research. And the winner? Well, it’s entirely possible you’ve eaten or drunk out of it. It’s called poly-lactic-acid, or PLA. You know those compostable “plastic” cups and containers that are made out of cornstarch? Yeah, that stuff. You can make it out of other materials, but cornstarch is the primary “feed stock” (food stock?) in the US. Coat it with wax, and the bees are happy campers.

Get It on Film

Eltopia collaborated with a technology consultant, Tom Moxon (full disclosure – a personal friend), to work out the details. He needed to figure out how to implement conductors, a heater, and a temperature sensor that the bees could live with. He also needed control capabilities. You might think of simply tossing in a simple microcontroller to do the job, but in his research, he found that programmable logic controllers (PLCs – not to be confused with programmable logic of the PLD persuasion) running on MODbus (an old, moldy, cheap-and-simple late-70s-era bus) had already been used successfully in other farming applications, and so he leveraged that approach.

Which is a good thing, since, later, they discovered that someone has a patent on using a microprocessor for any reason inside a beehive. Landmine avoided.

To create an actual circuit, they used silver/carbon for traces and a silver-nickel bimetal structure for sensing temperature. And for the heater? Well, it turns out that all of the conductors are heaters to some extent – the silver/carbon has enough resistance to provide the heating. Traces that are simply conductors are somewhat wider, but they also heat a little. This ensures that there are no “cool spots” that could support fertile mite lurkage. 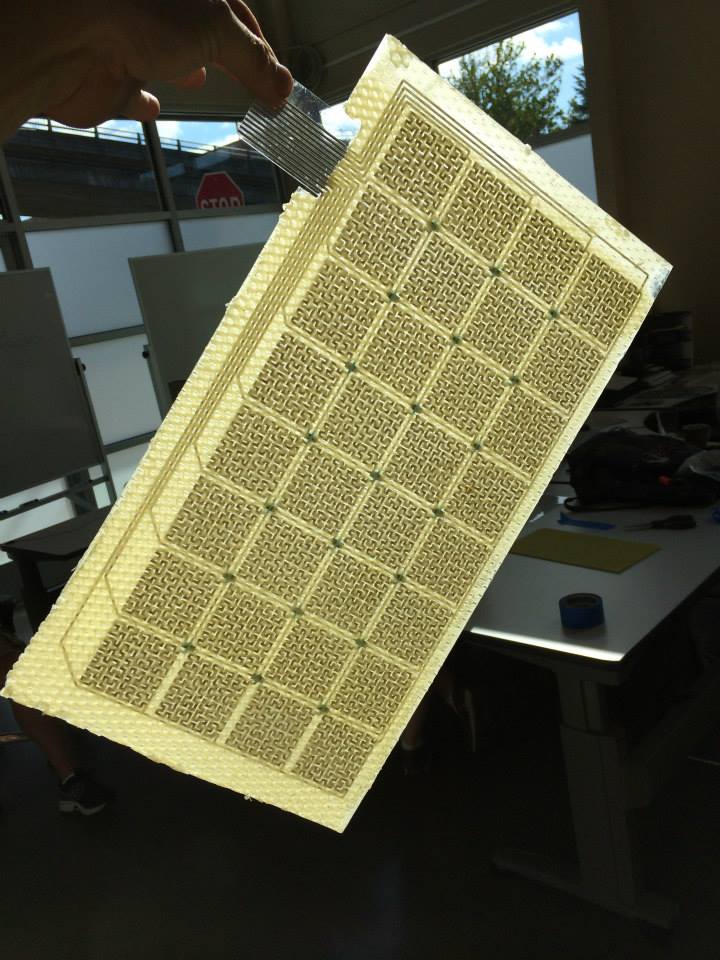 While all of these materials, including the PLA, were chosen to suit the tenants, it also happens that they’re all compostable. The bees will reuse the frames each year, but, after a few years, it tends to get gunky from all the egg operations and ripe with naturally-occurring pheromones brought in on bits of debris that end up in the wax. So, ordinarily, an old frame would be replaced with a new one after 3 or so years.

That’s where the composting comes in. Any electronic components are built into the wooden support that holds the “film” (the patterned PLA). They rout out a cavity in the wood, place the electronics in it, and then seal it shut. That part is reusable more or less forever. The film itself can be removed and composted after its end of life (they’re targeting a five-year life). A new film can be swapped in and placed back into the hive. The bees are happy, and there’s no waste to deal with. 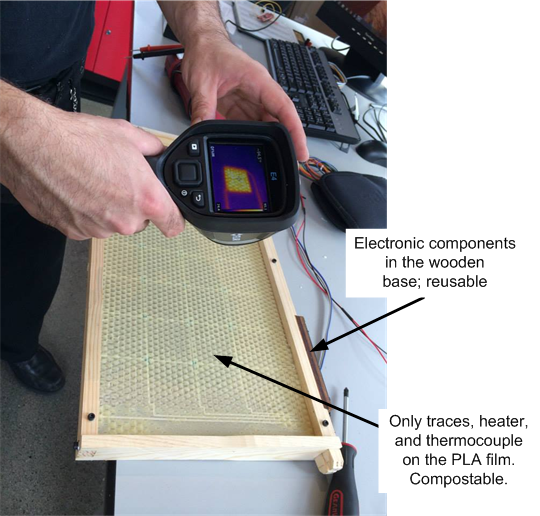 The one remaining detail to be sorted is power. These things will be sitting out in fields, so it’s not helpful if someone has to string together a mile of extension cords; this thing needs to be self-powering. They’ve even looked into using honey as an energy source. In the end, they will likely use solar technology.

So rather than beekeepers having to guess on the timing and go out and heat up the frames by hand, each frame will now be equipped to do the job itself. The temperature sensors will be able to detect regions of the film where eggs have been laid, using that to initiate a heating cycle in that region that will sterilize any mite larvae. Surgical yet gentle. As befits home electronics for finicky, demanding residents. Testing is underway; it’s hoped that these will be commercially available this fall.

16 thoughts on “A Circuit Board for the Bees”