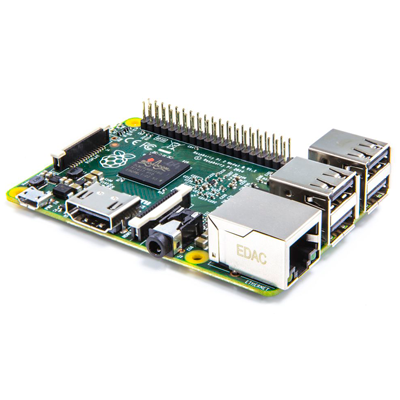 Return of the Hobbyist

Now bear in mind that I am a mature Englishman, so when I talk boards I am not looking at the sort of thing that you see on the US Pacific coast and that the Beach Boys sang about. (There, that rather demonstrated “maturity”. For those of you wondering what I am on about, the Beach Boys were a Californian 1960s band who sang about surfing, cars and girls – very exotic in early 1960’s, pre-swinging London.)

Instead we are looking at Raspberry Pi and its rivals, which have sparked off a whole new wave of tinkerers – a new type of tinkerer, who plays with hardware at a module level and with software. A distinctive feature of these board families is that they all have developed a strong, web-based community, where community members share projects, problems and successes.

We are going to have a quick survey of BeagleBoard, PandaBoard, Arduino, and Raspberry Pi. All of these, with the exception of Raspberry Pi, are aimed at the top-end hobbyist, tinkerer or in-house engineer exploring options.

They are normally small boards, around the size of a credit card or a playing card, usually with the option for plugging in other cards and a range of I.O. options, including USB.

Raspberry Pi is probably the best known. A bunch of Cambridge University guys were unhappy that their new students were no longer hobbyist programmers; instead they were largely computer users, often games players and occasional website developers. To help to get around this, the team designed a bare-bones computer that required only a keyboard, a TV screen, and a power supply. This was launched three years ago, and the 5 millionth board has just been sold. The design, controlled by the Raspberry Pi foundation, uses an ARM 11 based Broadcom processor, which also has an on-board video processor. The second generation Raspberry Pi was launched only a few weeks ago, with the Broadcom SoC upgraded to a quad-core ARM Cortex-A7 and a dual-core VideoCore GPU. The board now has 1 GB of on-board memory.

The board is manufactured and sold by two of the world’s largest distis, RS Components and Newark element 14 (Premier Farnell). Both host significant community websites, and the foundation website lists many more sites. While some are backed by commercial organisations selling add-on boards, etc., the bulk of them are run by enthusiasts: clearly the hobbyist is back out in force again.

When you start looking, the range of projects is amazing, and the community is staggering in its generosity. There are multiple operating systems configured for Raspberry Pi, and a wide range of programming languages; there is currently work underway to certify a Raspberry Pi board for space, linked to a school’s competition to develop programmes to be run in space; and the community is planning a massive series of events on Pi Day (you do know what Pi Day is, don’t you?  Well, if you live in the US and use their weird month/day/year dating system the 14th of March is 3/14.  Pi, of course is 3.14 to two decimal places, so March 14th is Pi Day.  Ok – it wasn’t my idea.)

But back to the boards, there will be Pi Day events at, for example, the Computer History Museum, Mountain View, California, as part of the SXSW festival in Austin, Texas, and at other venues. The official page on the foundation website is adding things every day.

The Raspberry Pi Foundation admits it severely underestimated interest in the board, and it had to struggle in the early days to meet demand. It also did not expect it to be used in commercial products. As part of the launch for Raspberry Pi 2, it said that the earlier boards would continue in production “to meet the requirements of commercial customers.” Companies have found that, in particular for consumer products, the board provides a great platform to build on.

Arduino also started as a way to get students more involved, but this time from a hardware perspective. The board was developed, in Italy, as a platform for learning about developing interactive applications. The founding team have worked with Smart Projects in Italy and SparkFun electronics in the US to produce families of boards, although, as the board design is open source, other companies have built commercial boards but are not allowed to use the Arduino name, so you have, for instance, Boarduino. Full details are available for someone to build their own board.

The boards are based on Atmel megaAVR processors, ranging from 8-bit through to 32-bit ARM based processors. Since interactivity was part of the original plan, there is a lot of I.O., enhanced by plug-in boards, or Shields. These cover a wide range of interfacing and functionality, such as GPS, LCD, and motor control, and there are even bread-boarding Shields. Again, many of these boards are open-source.

There is an Arduino IDE, which is designed for use by people with limited or no programming knowledge: more experienced users can write in C or C++.

The main community is hosted at http://arduino.cc/, which is also the home of Arduino Day. This is to bring people together physically, and there are events from Singapore to South America, with some interesting stops on the way. The forum on the official site carries a wide range of topics, and a quick dig around the web shows many more sites.

Unlike the other boards so far, BeagleBoard comes from within a company. It was developed to show off the capabilities of the TI OMAP3530 system-on-a-chip. OMAP (Open Multimedia Applications Platform) products, part of TI’s DaVinci platform, are aimed, as the name suggests, at media processing, but they can also be seen as a very powerful “computer on a chip”. The 3530is powered by an ARM Cortex-A8 core, and there is, on-chip, a TI TMS320C84x DSP and an Imagination Technologies PowerVR SGX graphics engine. Also on-chip is a display sub-system, a camera interface, a range of serial interfaces and four USB controllers, memory caches for the cores, SRAM, and ROM. It was claimed to be the most powerful ARM-based devices available at the time.

Within TI, a small group decided that a dramatic demonstration would be to mount the 3530 on a very minimal board with standard expansion buses, such USB 2.0, SDIO, and DVI-D and an MMC/SD (Multi-Media Card/Secure Digital) memory card socket. With these, almost any peripheral or external device could be added to create a low-cost computer. It was powered from a 5V external supply, or a USB connection to a PC or powered USB hub. It shipped with an Angstrom distribution of Linux, loaded through the card reader.

The board was taken up very quickly by professionals and enthusiastic hobbyists, and many other distributions of Linux, including Android, Fedora, and Ubuntu, were ported to the device. Expansion boards (Capes), for a range of functions, have also been developed.

Since the initial board, there have been several iterations, and the latest version is the BeagleBone Black, using a TI Sitara Processor. Again ARM Cortex-A8 based, it includes a NEON SIMD co-processor and an Imagination PowerVR SGX graphics engine alongside a separate real-time subunit for high-speed communications interfaces and protocols.

BeagleBoards tend to be bigger than credit card size and cost a little more than some of the other boards, but they are also open source, and the http://beagleboard.org/ site provides Bills of Material, PCB files, schematics, and detailed system reference materials.

The list of projects on BeagleBoard.org shows an amazing range of creativity, from robots to an Electronic Tibetan Singing Bowl.

The PandaBoard is another low-cost (in part through financial support from TI) Linux-centric board with a TI OMAP44xx – a dual core ARM Cortex-A9 device, with a multimedia accelerator, a faster Imagination Technologies graphics core, and an image signal processor. The board is larger than BeagleBoard, as it is far more heavily featured. It has WLAN/Bluetooth, Ethernet, HDMI and DVI, a camera connector, RS232, USB, audio, and a JTAG port. It also has expansion connectors, an LCD expansion interface, a memory card cage, and 1 GB RAM.

The initial PandaBoard was fitted with an OMAP4430, while the later PandaBoard ES has an OMAP4460. Again, the low price and free operating system have encouraged a large community, based around www.pandaboard.org , to develop a wide range of different applications. Again, there are a BoM, design files and schematics, and a System Reference Manual available to download if you want to build your own.

While distis still seem to be stocking PandaBoards, the website is looking a little unused, with the latest posting about a year old.

One name that regularly crops up in the list of accessories for boards is Adafruit Industries. The company was founded by Limor Fried, who is an electrical engineer and a strong open source advocate. She has built a company that, as well as selling add-ons for Raspberry Pi, Arduino and BeagleBoard, also sells a fantastic range of kits for hobbyists, including a load of wearable electronics. Prom Tiara with multiple LEDs, anyone?

Return of the hobbyist

This is not an exclusive listing; there are other boards, but these seem to be the leaders. When you look at the numbers, you can see a fantastic number of people getting themselves involved in hobbyist hacking (in the positive sense) of hardware and software. It is also clear that engineering professionals have embraced these boards, for fun at home (well, engineers are different), for use in skunk works projects, and as the basis for commercial production. The large communities that have developed around the boards provide both support and stimulation. Are we looking at the replacement to Radio Shack for the 21st century?

9 thoughts on “Return of the Hobbyist”