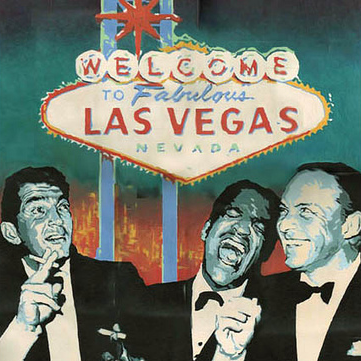 Intel Goes for Notoriety, IoT Goes for a Catchy Tune
by Bryon Moyer

I’ve had a month to mull over CES 2015 and read much of the breathless coverage. I’ll get my own ball rolling with Intel, the company that had a VERY large footprint at CES with one of the largest, flashiest and most expensive booths in the entire show. Before you jump to the “well OF COURSE a company of Intel’s size would have a gigantic booth” conclusion, do keep in mind that a modest little company called Microsoft has not had ANY booth at CES for the last few years. And last time I checked, Microsoft had a far larger consumer (that’s the ‘C’ in CES) business than Intel.

Intel had a cornucopia of announcements at CES, from real products to coming-soon products to WHAT THE?!?! concepts. Peruse Intel’s CES page for a high-level summary and, if you have the time, watch Brian Krzanich’s keynote: partially for the scope of the spectacle and mostly for the elements that Intel felt were important enough upon which to shine the spotlight.

Let’s begin with processors: Intel rolled out the Broadwell-U processors for laptops: all told, 17 SKUs across Core i3, i5 and i7. The headline here—as one might expect from this particular ‘tick’ with the same microarchitecture now built atop Intel’s excellent 14nm process—is power consumption. Compared to Haswell on 22nm FinFET, active power is down 30% and idle power is down 50%; performance gets a modest 15% kicker, though integrated graphics are dramatically improved with the new 6100 GPU.

One element jumped out at me as I scanned the 17 SKUs: NONE of them are quad-core. No exaggeration: the Haswell laptop lineup included MORE THAN 17 quad-core SKUs. The top-of-the-line laptop processors in both Haswell and Broadwell sport 3.1 GHz base frequencies; should the lineup stand as-is, therefore, Broadwell-U Core i7 takes it in the shorts at the high end.

When I discussed Skylake late last year, I observed:

Laptops are certainly one possibility. Apple is unlikely to jump on the Broadwell Core-M bandwagon: while it would make for a slimmer Mac Book Air, it would most unfortunately fail to move the performance needle. And despite Apple’s myopia when it comes to thin (case in point: iPad Air 2) there is no way they are going to let the Mac Book Air get out-muscled by Ultrabooks.

Last week’s Broadwell-U rollout reaffirms my earlier view: while 17 SKUs might strike you and me as a lot of devices, it is but a few drops in the bucket for Intel. This represents a modest and soon-to-be-short-lived laptop lineup, with the BANG coming with Skylark later this year. Expect plenty of quad-core Skylark-U devices and a smattering of octal-core devices at the flagship end.

Switching gears to embedded processing, last year Intel introduced Edison: a moderately small and fairly powerful module with an IoT focus. It may have proved TOO powerful: dual-core Atom processor, Wi-Fi and Bluetooth radios, 1 GB of DRAM and 4 GB of Flash.

This year Intel announced Curie: a fairly small and moderately powerful module with a wearables focus. Some clever marketing person decided that Curie ought to be round: I can hear the “cute as a button” thought bubbles now. This time ‘round (pun intended) the specs were dialed back: Quark processor, Bluetooth radio, 80 KB of SRAM and 385 KB of Flash. Rounding (sorry) out the features are a 6-axis accelerometer/gyro and PMIC. I am especially keen to learn more about the “integrated DSP sensor hub with a proprietary pattern matching accelerator,” namely because I know what every one of those words mean but have little idea what those words mean in that particular order.

Curie is clearly another shot across the bow of Team ARM—likely the only company booking a profit in the wearables free-for-all. Now, Intel’s idea of wearables is just a wee bit divergent from the mainstream; indeed, if you click on the link earlier in this sentence you might very well think I had teamed up with The Onion. Normally one to give KUDOS to those who think outside-the-box, in this instance I must observe that thinking TOO FAR outside said box does not necessarily a formula for success make.

Elsewhere on the processor front at CES, Jen-Hsun Huang—sharp as ever in leather jacket—introduced the Tegra K1 “mobile superchip.” I don’t have a clue what the Nvidia marketing brain trust was thinking when they came up with ‘superchip,’ but, in any case, please don’t use the term. (Not out of any form of protest, on the contrary: I don’t want Nvidia to suffer any additional embarrassment.)

Unfortunately, the bad terminology doesn’t stop there: one normally associates ‘mobile’ processors with smartphones and tablets and, well, the K1 burns quite a bit of power on the way to achieving its impressive performance. Did I mention the K1 is built atop TSMC’s 28nm HPM process?  That choice surprised even me, which is quite remarkable when you consider the spotlight I put on 28nm some months back.

Nvidia used automotive applications extensively to illustrate K1’s potential. And while cars do indeed move about, that is stretching the term ‘mobile’ a bit too far.

Poorly chosen nomenclature aside, the K1 is VERY impressive: quad Cortex A57 plus Kepler GPU with 192 CUDA cores. Roughly 50% more compute horsepower than Tegra 4. In a very shrewd move, the K1—and apparently ALL Nvidia ‘mobile’ processors moving forward—share GPU architecture with their contemporary desktop cousins. When this architecture is implemented on TSMC’s 16nm FinFET process—accompanied by a jump to at least 256 CUDA cores and (one would hope) larger caches—Nvidia will have a beast on their hands, and it might actually be ‘mobile’.

Enough about processors. It has been AGES since I discussed IoT: geez, I haven’t talked about IoT since LAST YEAR.

As expected, CES 2015 was a hotbed of IoT activity. Disappointingly, some of my advice from CES 2014 was NOT heeded, namely:

Put the toothbrushes and crock pot on the back burner. IoT has all the potential to go wide and deep over time. NOW is NOT that time: until further notice, wacky innovation and differentiation takes a back seat to satisfying basic customer-perceived value.

You got it: there was at least one new IoT toothbrush (from a top-tier vendor, who REALLY ought to know better) introduced at CES this year. People, please, do NOT subject me to an “oh no, not again” moment after CES 2016.

Speaking of the HHGTTG quote in the previous paragraph, that bowl of doomed petunias would have been sitting pretty in the coming real-soon-now Parrot Pot. The company claims that this will be “the most advanced connected plant pot,” and who am I to argue?  One imagines future “even more advanced, even more connected” versions will feature two-way video, all the better to speak to your fauna to mitigate emotional distress during business trips. (Lest there be any confusion: your PLANT’S emotional distress; YOU would be on the business trip. I didn’t want anyone getting that backwards, as you’ve got far more complex issues to resolve if YOU have emotional distress during your PLANT’s business trips.)

Back on Earth—or at least Las Vegas—tons of new IoT smart home products were rolled out. There were comprehensive announcements from Belkin, Bosch, Cisco, Honeywell, Intel, LG, Nest, Pella, Samsung and Qualcomm … to name but a few. Home improvement mega store Lowe’s booth WAS a friggin’ house, with enough square footage to make it completely unaffordable in Silicon Valley even before it was stuffed with smart devices.

Many of the above were platform-level announcements: stake-in-the-ground, soup-to-nuts, everything but (for today) the kitchen sink. There is a LOT of attention and money pouring into the smart home corner of IoT. The folks at X10 must be pleased as punch, at least the folks at X10 who ran the gauntlet in the nearly 40 years they’ve been at this. (Note to X10 marketing team: strike the term “home gadgets” from the website post haste; your moment has finally arrived and your products are finally “home devices.”)

Speaking of topics we haven’t touched on since last year, this brings us to security. Those of you who took my advice and read the outstanding book Countdown to Zero Day have an educated sense of the scope and importance of IoT security; you sure as heck are not putting the aforementioned IoT toothbrush ANYWHERE near your mouth until security is beefed up. Some of the big players actually mentioned IoT security, but once again there was little that was substantive.

There was one truly notable development on the IoT security front: the topic IS getting broad notice. Sample articles here and here should sound very familiar to you. And be sure to read this CES keynote from the FTC and file it under the heading of “be careful what you wish for.”  Credit where credit due: it is a well-written piece that hits most of the major IoT security hot buttons. This should get efforts like the AllSeen Alliance and ISO 27000 a LOT more industry collaboration, given that the alternative could arrive in the form of the nine most terrifying words in the English language: “I’m from the government and I’m here to help.”

Astute readers will, no doubt, notice that I have not mentioned wearables in this article. You’re thinking: “how can you NOT mention them, when there were 1,875 new wearables announced at CES 2015?”  Two reasons: [a] there has already been plenty of ink poured on those 1,875 new wearables and [b] It is only a matter of time before I pen an out-and-out manifesto on the wearables bubble. Brace yourselves.