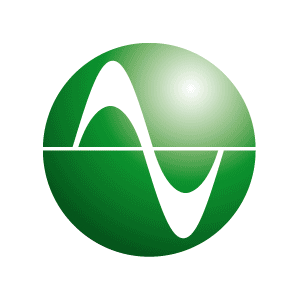 Fifty Years of Electronics in Munich
by Dick Selwood

Electronica, the enormous “trade fair for electronic components, systems, applications and services”, to quote the organisers, was nearly a month ago. So why have I waited this long to report on it?  Mainly because I needed the time to recover and to try to get a perspective on what I saw and heard during three days packed with meetings interspersed with long walks.

Looking back to the year electronica first took place, 1964 was the year that I Want to Hold Your Hand triggered Beatle-mania (and the Rolling Stones released their first album), US President Lyndon Johnson signed the Civil Rights Act, and the US began ramping up the forces in Viet-Nam. In Russia, Khrushchev was deposed as Soviet leader, and, in Britain, Harold Wilson became Prime Minister. China, France and America conducted atom bomb tests, and the second Vatican Council replaced Latin with local languages for Roman Catholic church services. Moog launched his music synthesiser. General Douglas McArthur and Cole Porter both died and Michelle Obama and Sarah Palin were both born. If most of this (except the births) means nothing or little to you, you are probably too young to understand.

And 1964 was the year that electronica began as a trade fair in Germany.  Germany has a long tradition of trade fairs, many dating from the Middle Ages, like the Frankfurt Book Fair, begun soon after Gutenberg developed printing in the middle of the 1400s. It seemed logical to use the new Munich Fairground to launch a fair for the fledging electronics industry.

My first contact with electronica was in 1982, when it was already a big show at the central Munich Fairground. It was already bursting at the seams, but it had to wait until after Munich moved the airport to a new site to the north of the City in 1992 and turned a chunk of the old airport into a new set of exhibition halls, which opened in 1997, that electronica was able to really take off.

And it has taken off with a vengeance. The organisers claim 2,700 plus exhibiting companies and 73,000 visitors this year.

To house this, electronica used 12 halls of the exhibition centre, each hall 11,000 sq metres  (or just under 120,000 sq feet) for a total of 132,000 sq metres (1,420,00 sq feet). And that doesn’t include conference rooms, meeting rooms, and the many restaurants and bars. (Don’t forget – a Weisswurst (white sausage) with pretzel and sweet mustard, washed down with a beer, is regarded as a mid-morning snack in Munich – so you need a lot of places to top up during the day.) OK, so CES in Vegas claims 2 million sq ft, but that is, I think, for everything, and they are exhibiting a huge range of consumer stuff. electronica is about electronic components and systems and the tools for creating them.

The site is about half a mile long, and you can find that most of the 73,000 visitors are in your way as you try to get from meeting to meeting. One colleague has a walking app on his blackberry and clocked up an average of 18 kms (over 11 miles) each day – and that was just travelling between the many meetings he had. Some of the booths are on a similar gigantic scale, up to 900 sq m (or just under 10,000 sq ft), and the bigger booths may be double decked, with a second floor for selected visitors. All but the smallest booths had some level of hospitality, from coffee and biscuits to full service restaurants (yes – really!).

I popped across into the halls with screens and was duly dazzled, and poked my nose into PCB and connector areas, but most of my time was in the semiconductor and related halls, but even just that limitation involved a lot of walking.

What stands out? Of course many companies talked of the Internet of Things, and several claimed to be the only company that could provide products for the entire IoT from edge devices to the servers in the cloud. Treat those claims how you will. One interesting trend was that a number of companies, in conversation, did not go big on the IoT. In one case the spokesman- who has to stay anonymous – was clear that, as far as he was concerned, IoT was just a marketing term and had no relevance to the real world.  I think that may be a bit hard, but as far as I can see there is one big advantage to all the fuss about IoT: it has provided another way to remind politicians of the importance of technology.

One very clear trend is the explosion of low-cost development boards, following on from Raspberry Pi, Arduino and the like. They are being offered by the silicon companies (who used to call them development boards and charged a healthy price for them), distributors, and other small companies. It appears from anecdotal evidence that a lot of these boards are going to people with a technology background, who are using them mainly for hobby projects and for learning new skills. But there seems to be a significant number of personal purchasers who are investigating possible new products, not necessarily for their current employers, but with an eye to creating their own business.

Disti company, Farnell element14, was talking about development boards. As well as stocking a wide range, and building Beagle Bone and Raspberry Pi, the company, through its embest brand, is now working with silicon companies – designing, building and supporting development boards for their new products (an example is the Altera Lark Board) – not content that they have gone even further and now have, within their community site, the Dream Board project, where users can define their own development board.

DigiKey, perhaps the newest boy on the large-scale disti block, had created a fairground, with games and slot machines. They also had a selection of celebrity look-alikes, including Marilyn Monroe, Michael Jackson and Johnny Depp, who were visiting the booths of their principals around the halls.

This pretty much sums up one of the two different approaches to the event. One approach is to do things that create interest, attract people to the booth and, one hopes, strengthen name recognition (or branding, in the jargon). In the bad old days one approach used to be through deploying partially dressed women in abundance, but today, booth bunnies are now very rare (although not totally extinct). The other approach is to concentrate on technology and products.

This was the approach of most of the big semi IDMs (Integrated Device Manufacturers). The message I was picking up from them was that just shipping chips is no longer enough. Some of them see themselves as evolving into systems companies. They are now providing at least middleware and drivers for the interfacing channels for a device with a processor, and they are extending this to detailed reference designs (and back to development boards again). This is making them think even more carefully about how they work with their customers – just pushing bright ideas implemented in new technology into a chip and then throwing it onto the table in the market is no longer a viable approach (if indeed it ever was).

There was the usual slew of new product announcements – the habit of making an announcement at a trade show is hard to break – and the significant ones have appeared on our industry news area. But electronica showed lots of signs of performing what is the main task for the exhibitor of such an event: building relationships – meetings to strengthen existing relationships, and, with luck, meetings that will start new ones. This requires a lot of pre-show work for the exhibitor and results in booths that were clearly very busy. (There were still booths where the staff seemed to be crossing their fingers and standing around just hoping that someone would drop by.) For visitors, the only way to cope with the event is to plan ahead. There is just too much to take in if you just turn up and wander around. But you should treat it like any other project – identifying some objectives first and then looking to see what would best give you a return on those objectives. Attending an event like electronica is unrivalled at bringing you up to speed on what is really happening in the technical world that is relevant to you, your projects and your company.