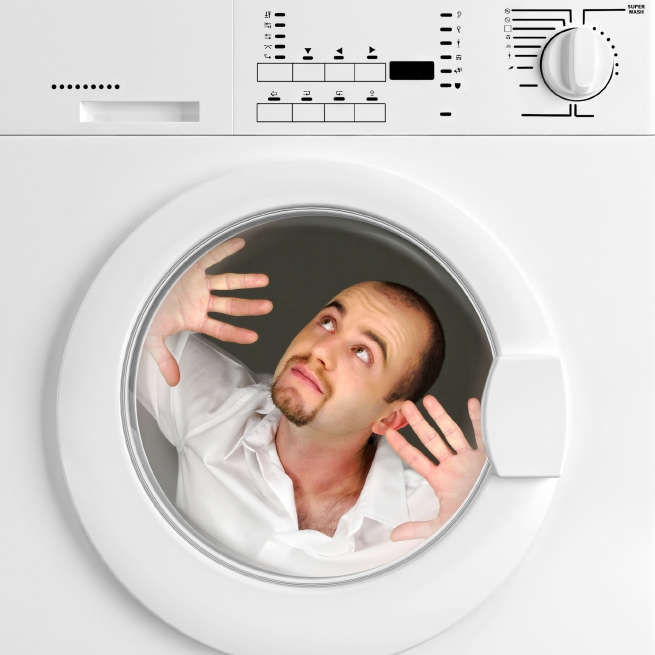 When you think about it, the much-vaunted launch of the Internet of Things (IoT) represents an enormous investment in research, development, and rollout. Much is made of all the cool things we’ll be able to do once it’s all in place, but I see less discussion of what the return will be on all of that investment. After all, some of us may be focused on this because we think the technology is cool, but someone else has to pay us, and so they’re going to want to see something for their efforts in the long-run.

You might wonder, for example, why a simple, self-respecting thermostat maker would want to get all complicated by adding a bunch of functionality to the poor little wall-mounted bugger, bringing the phone and cloud into the party as well. If you’re that thermostat guy and you’re using classical marketing thinking, then one reason for doing this might be so that your thermostat will do more than your competitors’, and so you’ll sell more than they will.

The return? The extra profits from the extra sales.

Another reason for doing so might be that your competitor has already started doing it, and you’re losing sales. So you need to jump back into the game with lots of gadgety goodness.

It’s a good-old marketplace tussle, and you have to invest to remain relevant.

That’s all well and good, but, more and more, you hear about new business models coming about as a result of the IoT. I first heard about this with respect to the industrial IoT (IIoT, aka M2M). Things like forklifts being paid for according to the weight lifted. Even airline engine makers charging the airlines per unit thrust delivered (which reinforces the conviction that we always want live pilots in our planes, people with skin in the game when negotiating emergency maneuvers).

This all comes about as a result of the one major big change in how product usage works: with connected products, the product maker gets to watch when and how and how much you use their products. The idea is that, since they can see their products in motion, they can charge piecemeal. All kinds of things can then be billed like a cellphone service.

That got me thinking: are they doing this because this is what their customers are asking for? What value or savings are customers getting in association with the new revenues they might be paying?

One place value can be had is through better efficiencies: visibility into maintenance needs, reduced pilferage, lower insurance costs – so higher spending with the equipment maker might be made up by reduced spending elsewhere. Another possibility is that machinery could be used more efficiently – let’s say it’s shared between two customers, each of whom pays less, but that, combined, they represent more revenue to the seller.

It’s also a question of market power. We talk endlessly about free markets, but there are so many markets with too few players to really be competitive. After all, there would seem to be, for example, enormous inertia fighting a change in airplane engine makers. In such cases, the vendor might simply decide that, yeah, the customer will pay more, but everybody is moving to the same new revenue model, so there’s nothing the customer can do – not exactly a free market scenario. This would represent an extraction.

So the question comes down to this: are these going to be value-based business models or extractions? To summarize the difference, the two have different answers to the customer question, “Why are you charging me for this?” With a value-based approach, the answer is “Because you’re getting this […] value.” For an extraction, the answer is, “Because we can.”

Business and industrial investments tend to be made carefully, with lots of MBAs crunching numbers to optimize costs and returns. So it’s not hard to have some faith that this particular market would sort itself out. But it also got me thinking about the consumer IoT (CIoT). That’s made up of moms and dads and teenagers all making economic decisions about the products they buy.

The old way of doing things is to save up for a new something and then buy it. (OK… maybe “put it on the credit card” is more accurate than “save up”…) But what if all the things we buy for our homes and cars become connected Things that all have monthly charges associated with them after you buy them? Will that fly?

Value decisions for consumers are very different from the ones made by businesses. They tend to be less calculating, more emotional. And that can play both ways.

I wanted to get a sense of some real numbers, so I decided to take one consumer example and work it through with really rough calculations (I’ll show my assumptions in a footnote) just to get a ballpark sense of what a value-based approach might justify as a monthly charge for one scenario.

The example I’ve thought through is that of a simple home washing machine. This is an infrequent (hopefully) purchase that’s typically made when the old one dies. Expected lifetimes of washing machines are officially above 10 years (I saw one source that said 11 yrs; another said 14). Anecdotally, there’s lots of stuff online about machines lasting only 5 years, with complaints of built-in obsolescence; I’m not going to wade into that one. The point is that this purchase has traditionally been something that hurts (around $400 for top-loading machines; double to triple that for more efficient front-loaders), but comes around rarely, and then you’re done.

Let’s assume that these machines all move to a monthly fee model. (After all, in the low-end market, there aren’t a lot of manufacturers.) One way to soften this deal would be to cut the up-front purchase price in the hopes that the money will be made up in monthly fees. This would amount to an initial purchase subsidy (like a phone, only not by a service provider – rather, by the equipment maker itself).

If this is the only basis for the new model, then excess revenues really represent an extraction. There’s no value added: it’s simply a manufacturer saying, “Hey, we can see your every move now, and because of that, we’re going to charge by the move.” The value of the IoT technology then accrues only to the equipment guy (assuming the machine is used enough to net higher revenues than the old straight purchase used to provide).

Well, it’s not hard to think of how that might work. A load of laundry has several inputs that cost money: energy, water, and detergent (I’ll leave out bleach and boosters and such). If sensors in the washer can be used to transmit load information to the cloud, and if algorithms in the cloud can optimize the amount of these inputs that are used, then the savings might justify a monthly fee.*

The potential savings represent the available value-based fee opportunity. So I spent some time trying to figure out how much each load of laundry costs and what that adds up to on a monthly basis; from there, savings assumptions illuminate the fee potential. I will freely admit that I haven’t tried to be super accurate here; this is a back-of-the-envelope kind of calculation.

I got most of my numbers online, using my own water bill for the water costs (which are very high here in Portland – which might strike you as odd in a town awash in water for much of the year: It’s the wastewater treatment that’s responsible for much of it.) Details are below** if you want them.

What I came up with are the following two tables. One is for an older top-loading machine; the other is for a newer, more expensive, more efficient front-loader. I show a bachelor scenario – 2 loads/week – and a family scenario – 5 loads/week. (I saw people online talking about 2-3 loads per day… Really? For one household??)

The real question we’re asking here is not just what laundry costs, but how much these algorithms are saving. Since this is all speculative, the answer is, “I have no idea.” So I’ve included three lines in each table for 10, 25, and 50% savings. In other words, the third line represents a case where the cost of inputs is cut in half – which I’m guessing is overly optimistic.

So, taking a couple of examples: for someone buying a new top-loading (older-style) machine and doing two loads per week, a 10% savings would be $1.64/month. Someone buying a new high-end model and doing 5 loads per week would save $5.78/month if inputs could be reduced by 25%. (There’s a gotcha with the newer machines: one of the reasons they cost so much more is that they are already more efficient, so their operating costs are lower, meaning there’s less available to save.)

Looking at this table, then, an equipment maker could justify somewhere in the range of $2-$20 per month: they would get more revenue and the user would save money. Win win.

That’s a big fee range – 1:10 – since there are so many scenarios. The benefit of the CIoT model, though, is that it doesn’t have to be a flat monthly fee: they can charge for actual usage. But for our purposes here, it shows us some rough numbers. This represents the potential annuity opportunity.

The answer to the latter will partly depend on whether the monthly charge is mandatory. After all, a company might offer the extra service as an option to reduce the costs of input, letting the consumer use the machine the old-fashioned way if preferred.

A further caution: it’s one thing to make this rational calculation for one item – the washer. But if, as predicted, everything gets connected, and if all of those things come with new business models attached, will consumers balk at a whole new stack of monthly fees? Even if they pencil out in other ways?

There are a lot of ways to roll these new business models, and I’ve only barely scratched what some of the variants might be. In the end, it all boils down to the following points:

If commensurate value can’t be demonstrated and it’s not optional and there is no market choice, then it’s simply an extraction. If that’s what’s required to earn a sufficient return on the IoT investments, then you might think that we could see some consumer push-back. Then again, people complain all the time about their cellphone charges without ever really doing anything about it… So, maybe it will all be just fine regardless. When all is said and done, the real challenge here will be for companies to demonstrate real value with their new business models.

PS: Of course, this entire analysis ignores one other possible ROI: selling the collected data for use by advertisers. Could that be what this is all about?

*There’s another possible angle: could the load be optimized to reduce wear on the clothes and make them last longer? I didn’t consider that, first because I have no idea how to run those numbers, but second, because so many people toss their clothes before they’re really worn out anyway, meaning that these savings probably wouldn’t actually be realized.