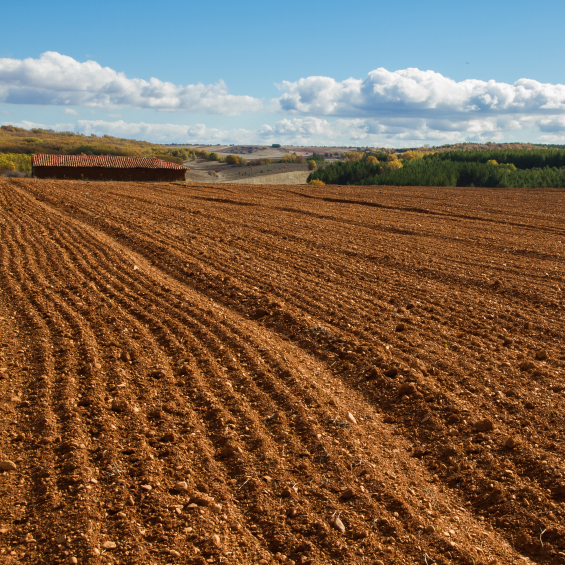 There is no such thing as “the Internet of Things (IoT).”

I’m gradually coming around to the conclusion that this entity, as something integral, is an over-simplification. At the very least, there are two IoTs: the consumer one (which I’m starting to refer to as the CIoT) and the industrial IoT (commonly referred to as the IIoT).

This gives me some sympathy for a complaint certain players have had for a while: “The IoT is nothing new; it’s just a new name for M2M (machine-to-machine).” Although this statement, in and of itself, is also over-simplistic, since it still maintains that there is one IoT, by a different name, and that it’s not new.

In fact, there’s plenty that’s new, but, the more I get exposed to products dedicated to the IIoT, the more I realize how different it is from the CIoT. You could also argue whether the IIoT includes medical and automotive, but, whether or not it does, my sense is that medical and possibly even automotive share more in common with the IIoT than they do with the CIoT.

Granted, at the highest possible level, the CIoT and the IIoT both share the characteristic of having Things with sensors that can collect data and send that data around, possibly to the Cloud, for storage, analysis, and decision-making. But that’s where the similarities end.

We’ll cover some of the more nuanced distinctions shortly, but let’s start at a really high level. Close your eyes and picture a field. A lush, pristine, green field. Someone has ideas about what can be done with this space that, for now, is but an undeveloped field. So that virginal plot will be transformed into something completely new.

That’s where we are with the CIoT. Investors like to refer to this as a greenfield opportunity because there’s nothing out there yet, meaning you’re starting from scratch.

Anatomy of a brown field

What’s the opposite of a green field? Well… that’s where the analogy starts to fail. It might be a house or a factory or a ballpark or a mine or… So rather than getting locked up in that irrelevant maze, people simply use “brown” as the opposite of “green.” As in, someone forgot to water the lawn, I guess. Or maybe they took out the grass, leaving only dirt. Regardless, if there’s already something there, if you’re not starting from scratch, then it’s a brown field. Just roll with it… [Late-breaking brainstorm!! It’s a field that’s been plowed, but not planted. That’s it! The analogy survives!]

And that much more accurately describes the IIoT. While early CIoT stuff has focused on trendy, cutesy, “look at me” stuff, the IIoT is serious business. It involves machinery of all types, whether in a factory, out on a farm, down a borehole, or up in the Arctic.

In many cases, these machines have been around for a long time. Taking a factory as an example, you’ve got boilers and valves and motors and relays and reaction chambers and… well, the list goes on. And there’s nothing new about this equipment.

What might be unexpected is the amount of instrumentation with which all of this machinery has already been provisioned. In our consumer world, we get gadgets and appliances that are self-contained and, for the most part, completely inscrutable when they fall apart. It’s often assumed that, if things break, you’ll just toss it and buy a new one.

Well, that’s not how a factory runs. Machine downtime means lost productivity and lost revenue. So it’s critical that machines be kept running, and, in order to make that happen, sensors are used to make various indicators available to maintenance mavens so that they can see when performance is lagging and take preventive measures. Or, in a worse case, if things have already gone south, they can debug the issue.

So when an elevator is showing signs of distress, a truck rolls and a guy comes out with some kind of reader that can check the elevator’s vital signs to see where the problem is.

The key is that this rich deployment of machines with sensors on them already exists. Of course, more are on the way, but it’s this legacy plant that is ripe for integration into the IIoT. All that’s needed is to connect them. This is the brown field.

Unlike with the CIoT. plant managers and service providers and various other players are working to see if they can extract a bit more green out of these brown fields. Like by remotely diagnosing that elevator rather than sending a truck out.

How do brown and green differ?

Since machines with sensors are already out there, there remain two key components of IIoT development: communication and Cloud integration.

Let’s start by distinguishing some ways in which the brown and green fields are different:

I proposed an IoT architecture last year, while trying to make sense out of it all. In retrospect, this is really a CIoT picture. It tends to be hierarchical, hub-and-spokey.

At the most basic level, the IIoT might look similar to the CIoT, but there are a couple of differences. For one, the IIoT uses more mesh networking amongst the Things. It could be for machine-to-machine communication or to let the network expand over a larger area, with the mesh allowing greater reach. As long as the nodes are within reach of each other, then, even if only one node is within reach of the access point that takes the data onwards, then, as long as the mesh can handle the traffic, your network is complete. 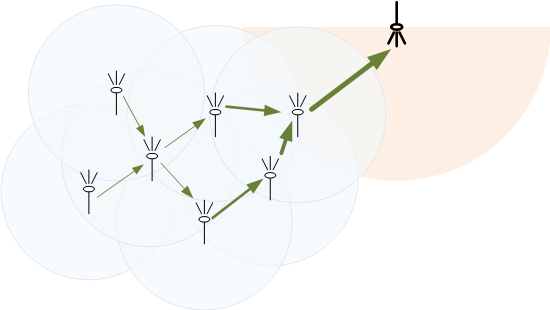 While CIoT architectures debate the hub/gateway element, they’re much more common in the IIoT. That’s because of the amount of data being generated and flowing around – gateways can help filter that data. We think of the IoT as pushing all intensive calculations to the Cloud, but that’s really a CIoT thing. There’s too much data in the IIoT, and it doesn’t all need to go to the Cloud. In fact, there’s a focus on filtering as early as possible, as close to the data sources as possible, so that only important data uses up bits on the wires. (We looked at this before when covering RTI’s DDS routing services.)

This is where the gateways play a role, by acting as a local locus of computation and filtering as data moves out of some domain. Cisco has been pushing the term “fog” to indicate Cloud-like calculations that happen locally rather than in the Cloud.

There are companies making the hardware gateways, and then there are companies creating the protocols and software that allow developers to create intelligence and manage communication within the gateway for a given installation.

For example, ILS, a subsidiary of Telit, recently announced that they had added Multi-Tech to their list of partners. Multi-Tech makes a hardware box; ILS makes their deviceWISE software that gets sprinkled throughout the network to bring it all together into a unified structure, with simplified data communication, analytics, and other services. Multi-Tech’s gateway will now ship with ILS’s deviceWISE agents pre-installed.

Likewise, Wind River makes their stacks for what they call their “Intelligent Device Platform” (IDP) available for inclusion in a number of different boxes. 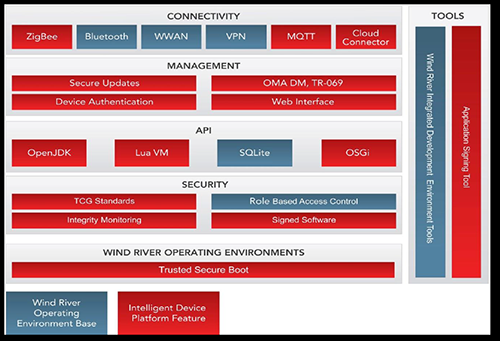 There are numerous scenarios for integrating both existing and new plant into an IIoT implementation; ILS describes four of them, as shown below. 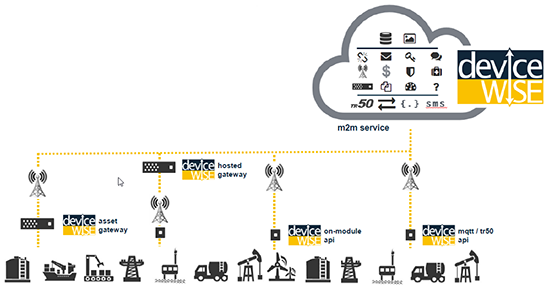 If you thought the CIoT was confusing, this is, in some regards, even worse. Yes, with the CIoT, there are many vague, poorly explained technologies out there that you have to wade through, but the idea is that, once you have it figured out, you’ve hopefully got a product that will sell by the bazillions.

By contrast, with the IIoT, each factory, each farm, each installation has the potential to be unique. So for each one, you have the prospect of wading through all the options – protocols, hardware boxes, platforms, you name it. And you have to study them all, either to learn what they can do (I haven’t described half of what the ILS platform covers, for example) and, in too many cases, to figure out what they don’t do (since, as with the CIoT, so many start out promising to be the only thing you need – which, pretty much, none of them is).

So-called “platforms” abound, but the concept is vague. In some cases, they’re all about the data layer, abstracting the underlying data transport mechanism. On the flip side, we saw Ayla Networks (CIoT, not IIoT) whose platform includes everything from Things up to business objects and everything in between. So the concept of a “platform” isn’t clear. ILS, Wind River, Jasper, PrismTech, Echelon – all provide platforms – and yet they all do something different.

We’ll keep trying to dig into various aspects of this. Data transport is of particular interest; we’ll spend some more time there shortly. But the bottom line, as far as I can tell, is that you have to ask a lot of questions to be sure you understand exactly what you’re getting from any vendor. Yes, many vendors provide straight talk, but you can’t take that for granted.

The end result of all of these efforts is supposed to open up opportunities for making lots of extra money from factories and farms that are already in service.  Lo, the brown fields will bloom and bear fruit. Exactly who might get to eat the fruit, and why, will be a question for another day.