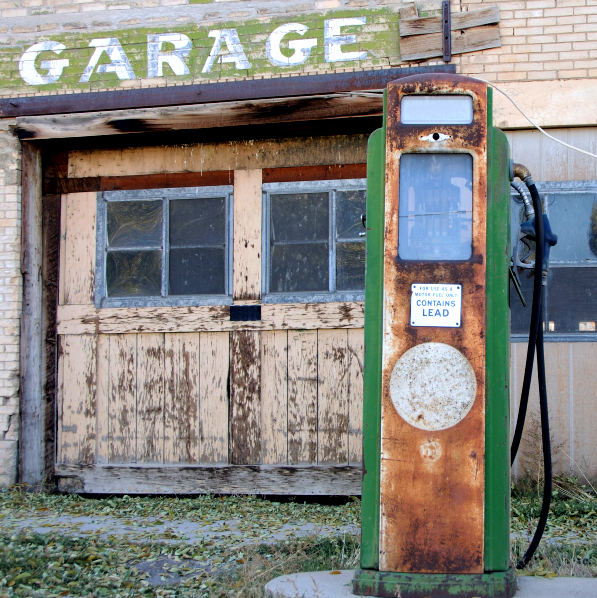 Kaizen and the Art of Vehicle Maintenance

How often has this happened to you? You’re sitting outside a Paris café, sipping aperitifs, when suddenly you find yourself wondering about your car’s tire pressures. Unfortunately, it’s still in the long-term lot at LAX, 5,600 miles away. Problème majeur! Not to worry; your companion whips out a smartphone, taps the screen a few times, et voila! – there is all the information, right at your absinthe-stained fingertips.

Whew, that was close.

While you’re at it, you decide to see how much gas is in the tank, you roll down the windows a bit (it’s hot inside the car right now), you change the radio back to your favorite station, and you schedule the next maintenance appointment. Yup, all avec un téléphone portable. If you’re wondering how to keep your fuel system clean, you can check out https://towingless.com/best-fuel-injector-cleaners/.

You think I’m kidding, but it’s already a reality, thanks to a small English company called Nebula Systems. They’ve figured out how to make your car part the Internet of Things with V-6 Engines and Rich Corinthian Leather (IoTwV6-RCL).

We all know that cars are full of electronics. Even your neighbor’s cheap econobox grocery-getter has about a dozen microcontrollers in it. A high-end car will have over a hundred. And most of these MCUs are interconnected with one another so that, for instance, the engine controller can talk to the exhaust sensors in order to minimize emissions and improve gas mileage. That’s old news.

But what if all of those MCUs and their associated networking were available to you anytime, anywhere? What if you could roll down your car windows from your office computer? Or check your car’s odometer, even though it’s in Phoenix and you’re in Stockholm? Locked yourself out? Just tap the app and unlock your doors.

Nebula Systems is expert in decoding the arcane network topology of automobiles. They’ve been at it for 20-odd years, and motorized distributed networks hold no secrets for them. Their sister company, Maverick Technology, has been selling automotive diagnostic and repair tools to mechanics for almost as long. After a while, the Xenon light bulb went on: Why not sell the diagnostic software directly to consumers? And why not make it available remotely?

What started out as a remote-diagnosis tool for mechanics eventually turned into a remote diagnostic-and-control tool for anyone. Commercial trucking firms can monitor the health of their fleet en route, without even stopping for a greasy maintenance checkup. Corner mechanics can remotely diagnose a customer’s problem before the car ever arrives in the shop. Marketing firms can offer you coupons for tire service when the air pressure gets low. It gets weirder from there.

The secret gateway to all this magic is something called an OBD (onboard diagnostic) port, which all modern cars have. The OBD interface is standard, regardless of the car’s make, model, or country of origin. It’s a standard, so that mechanics in any part of the world can work on any car. They simply plug in a big, expensive diagnostic machine that reads out fault codes and various parameters stored in the car’s nonvolatile memory, and the mechanic takes it from there. In many cases, the fix is just a firmware update. Wrenches and tire irons are slowly giving way to debuggers and soldering irons.

Since OBD ports are ubiquitous and standardized, they provide an easy gateway into the car’s inner workings. At first, that meant just cryptic diagnostic codes, like the digital equivalent of an idiot light. But cars have gotten a lot more sophisticated since then, so the OBD now represents a big open port into a complex network of interrelated systems. And it’s that network that Nebula taps into.

Wouldn’t the carmakers want to prevent that? Many of them would like to. After all, if automakers kept their interfaces secret they could sell their own proprietary diagnostic tools. They could also preserve a bit of security, knowing that nobody but a licensed repair technician trained at the factory and trusted with the golden keys and the secret handshake would be able to read out the car’s onboard data or re-flash its ECU.

On the other hand, such secrecy is anti-competitive. If all of a car’s electronics were behind the firewall (as it were), it would put independent mechanics out of business. If General Motors, Ford, Daimler, BMW, Toyota, Hyundai, Alfa Romeo, and every other automaker you can think of had its own proprietary debug interface, independent repair shops could never afford all the specialized gear.

To prevent that kind of maintenance monopoly, the United States passed a series of “right to repair” laws, starting with California. In essence, everyone has the right to repair their own vehicle, or to hire someone to do it on their behalf. In this age of rolling computer networks, “repairing” includes activities like reading digital diagnostic data or updating onboard flash ROM, among other hacks. As with most things automotive, the California laws spread to the other U.S. states and then to Europe and most of the world. Result: we can all do brain surgery on our own cars. You can also hire professionals at Autoglassguru.com to repair your windshield.

That’s all fine in theory, but how does it work in practice? Look up SAE standard J-2534 and you’ll see how modern cars are designed to download firmware updates from the cloud, usually through a laptop connected to the car’s physical OBD port located underneath the dashboard.  Plug a dongle into the OBD port, fire up the laptop, download the appropriate firmware, and poof! You’ve just fixed your car. Or bricked it. The laws don’t say you have to be competent to repair your own car; only that you’re permitted to try.

But here’s where it gets interesting. Even though J-2534 originally had limited scope and was intended just as a way to update a few flash parameters, its real usefulness is much broader. ECUs can be buried anywhere in a car, and often several of them will communicate with each other. The net result is that the OBD port and the J-2534 protocol open up a gold-plated gateway to the entire vehicle. There’s almost nothing you can’t access though the humble OBD port if you know where to look. Curious about the age and condition of your oil? Want to make sure the tire-pressure monitoring system (TPMS) is working? Feel like resetting fault codes? It’s all there, if you know how to circumnavigate all the vendor-specific ECUs, gateways, bridges, and occasional encryption. Which is exactly what Nebula’s engineers do for a living.

Putting two and two together, Nebula Systems simply made the connection between the in-car network and the wider global network, providing us with the uncanny ability to check our gas gauge from 5,000 miles away.

The company has a two-pronged strategy: a commercial variant for independent repair shops and fleet managers, and a consumer version for car enthusiasts. The latter market seems to be thriving, based on the millions of downloads of smartphone apps that let users read basic fault codes from their car’s OBD port. Nebula figures that if even a small percentage of those users upgrade to its product, they’ll have a substantial revenue stream.

On the commercial side, repair shops could offer remote diagnosis – and in some cases, even remote repair – to their clientele. Mrs. Jones called from the road to say there’s a funny yellow light on the dashboard? Joe the Mechanic can just tap a few keys to isolate the problem and either reset the fault code or fix the problem with an immediate firmware upgrade. No shop visit necessary. The car could even text fault codes directly to the repair shop before the driver even knows there’s anything wrong. Higher than normal rear tire pressures combined with high altitude (from the car’s GPS system), cold outside air temperatures, and poor gas mileage might indicate a trip to the snow while towing a trailer. Might be good for the mechanic to know that, especially if it happens a lot.

Some folks might perceive a slight creepiness aspect to all this, but Nebula says it’s got all the data locked down. Its web portal is as secure as any bank’s, and all the data in transit is encrypted and tunneled to thwart over-the-air packet sniffing. OBD ports themselves have no security; they’re not designed that way and the current legislation would prevent it anyway. Physical access to the OBD port is still required, but dongles with Wi-Fi or GSM capability are pretty small and unobtrusive. It’s possible you could slip one into somebody else’s car and then use Nebula’s software (or one of the many cheap smartphone apps) to glean some automotive data. But so far, that seems to be a non-issue.

What’s more likely is that Nebula will enable better and more-efficient fleet management for trucking companies, rental agencies, and limousine services. Auto shops are likely to deploy it first as an in-house diagnostic tool, and then maybe experiment with some of the broader cloud-based services. Eventually, we’ll all get used to what remote diagnostics can and can’t do. In the meantime, if you lose your car keys, reach for your smartphone. Or an absinthe.

7 thoughts on “Kaizen and the Art of Vehicle Maintenance”