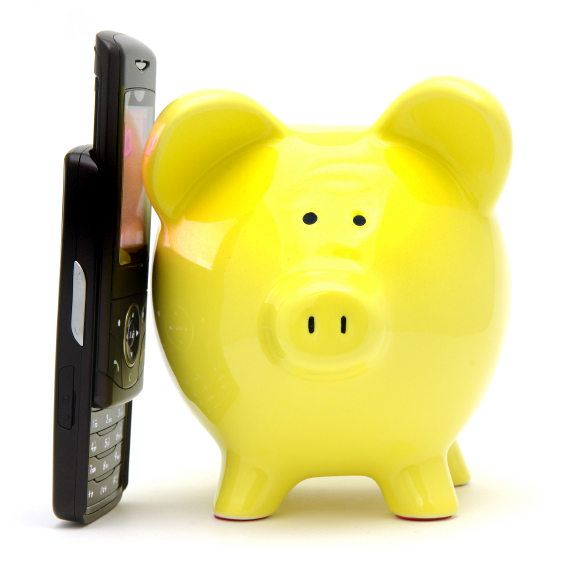 Qualcomm: the Intel of Cellphones

In the Mobile Modem Market, There’s a Different 500-pound Gorilla
by Jim Turley

In the computer world, we’re long accustomed to Intel’s being the overwhelmingly dominant supplier. If you use the words “computer chip” or “microprocessor” around normal people, they reflexively think of Intel, the way most people equate “Coke” with fizzy cola drinks or “NSA” with creepy surveillance.

It’s a different reality with cellphone makers. In that world, Qualcomm is the proverbial 500-pound gorilla. The San Diego–based company makes 58% of all the baseband chips used in cellphones around the world, regardless of country, wireless standard, or price level. That means Qualcomm alone sells more chips than its dozen or so competitors combined.

That’s just one of the factoids contained in a new research report to come out of Forward Concepts, a company that has been tracking DSP and cellphone-chip sales for almost as long as there have been DSPs and cellphones.

About 1.6 billion cellphones got made and sold last year. Half of them (800 million) were smartphones, a term with a somewhat hazy definition, which leads to some contradictory numbers from competing analysis firms. Another quarter of the market are “midrange” phones, according to Forward Concepts. The final quarter is evenly split between budget phones and “feature phones.” This classification neatly divides the global market into a half, a quarter, and two eighths.

Conveniently, about half of all phones (and smartphones in particular) combine their applications processor and their broadband circuitry into a single chip. The other half use separate chips, one for the application processor and another for the “thin modem” or communications processor. It’s this latter market that Qualcomm so handily dominates. The company sold $5.3 billion worth of thin modem chips last year alone.

Intel is the #2 player in this market, with all the others vying for market shares in the single digits – and sometimes not even that. The forecast projects that Intel will retain its runner-up position in the coming years, as handset makers upgrade from 3G to 3G/4G units. Most of that gain will come not from cellphones, but from tablets and notebooks that have a cellular connection. Intel hasn’t gained much traction in the small-form-factor cellphone market, but its chips do better in larger and more expensive items.

A billion application processors went out the door last year – the first time that’s happened. Just over half (55.5%) were integrated with the baseband unit into a single-chip design. Forward Concepts expects that percentage to increase, as more hardware makers opt for the single-chip route instead of using separate application and modem chips. Samsung, for example, is moving its LTE smartphones to integrated processors.

Where standalone applications processors seem to be holding fast is in low-cost Android tablets. Newish companies like Allwinner (China), Amlogic (China), Marvell (California), Rockchip (China), and Via (Taiwan) collectively supplied 20% of simple Android tablets, up from zero just a few years ago. The standalone route makes sense here, as many low-end tablets don’t have very elaborate baseband requirements, and a separate applications processor makes it easier to upgrade the device in the future. Naturally, all of these are ARM-based designs, the ubiquitous CPU architecture for mobile electronics.

The biggest growth opportunity in all of this is not in either applications processors or communications processors. It’s in the sensors. MEMS and sensors (accelerometers, fingerprint readers, gyros, etc.) are where the action is now, according to the company. STMicroelectronics has been the leader in combined gyros and accelerometers, but newcomer InvenSense is now challenging that position.

Beyond those sensors, the next wave seems to involve proximity- and gesture-detection. Maxim has a good head start here. Its 44005 sensor does proximity, temperature, and even RGB color detection, enabling some truly bizarre new types of user interface.

The MEMS and sensors markets, in general, seem to appeal to smaller chipmakers. The Intels and Qualcomms of the world don’t make such devices, and they don’t seem inclined to start doing so. MEMS typically require specialized semiconductor-fabrication technology, which runs counter to Intel’s high-volume production strategy. The prices are also relatively modest – which runs counter to Intel’s revenue-maximization strategy. Let the little guys battle it out over MEMS and sensors; we’ll just grab the modem and (maybe) the processor, thanks.

Managers and designers working in the mobile market may find it worthwhile to take a look at Forward Concepts’ report, which seems very well researched. Not all such market reports are. It’s a funny thing: research reports are themselves products that have to be marketed and sold, with all that that implies. Conducting the research is surprisingly tricky, as most vendors are reluctant to divulge their revenue or shipment numbers. It’s doable, but it’s not easy. And if the resulting report doesn’t deliver remarkable data, non-intuitive insights, or just isn’t “sexy” enough, nobody will buy it, rendering all that diligent research pointless. Sadly, that encourages research firms to jazz up their conclusions – and sometimes their data – a bit more than one might wish.