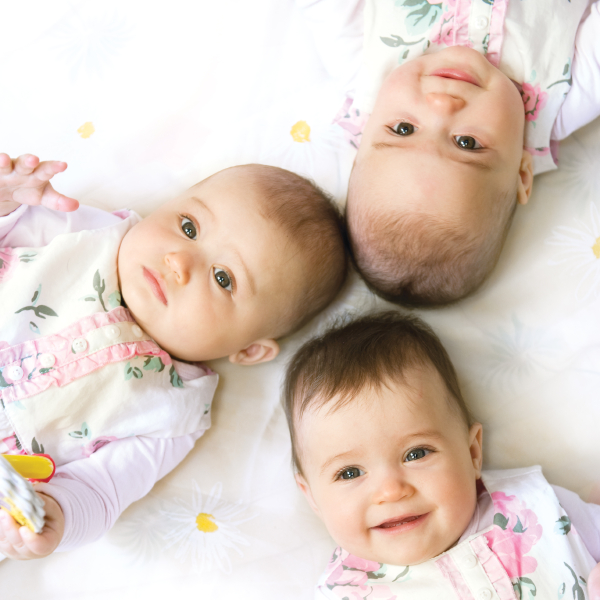 Why Have 1 When 3 Will Do?
by Bryon Moyer

With new technologies come new standards. And resonant power transmission technology, which we covered recently, is no different. As a quick review, this is a way to charge phones and other devices without plugging in and without the kind of placement precision required by older inductive approaches such as those used by toothbrushes.

Why might standards matter? All of the spokespeople for the standards work underway – and, as we’ll see shortly, there’s lots of such work in progress – describe a vision of ubiquitous charging stations in malls and airports and coffee shops and anywhere people might want to charge their electronic devices. If we’re going to have all of these chargers charging lots of different devices from lots of different vendors, then we need a standard so that they all work well together.

There appears to be so much of a desire for a standard that there are three different organizations doing standardization just for the consumer side of things. There are other organizations handling automobiles and transportation and medical and… yeah, you get the picture.

The Wireless Power Consortium (WPC) is the oldest standards body of the bunch, and it has an established inductive charging standard called Qi (“chee”). It’s leveraging that for the work that it’s doing on resonance, and, in so doing, it’s re-using the 200 kHz frequency that it uses for its inductive standard – far lower than the 6.78 MHz band used by WiTricity and others. The WPC’s VP of Market Development, John Perzow, says that this is necessary in order to preserve backwards compatibility for devices that charge using the existing inductive Qi approach.

This is a debated point. The downside to the lower frequency is, as we noted before, metallic heating. This frequency is apparently close to that used for inductive cooktops and metal smelting. Mr. Perzow was unable to speak to the heating issue – which struck me as a bit surprising, since it’s the major point of criticism by the higher-frequency folks. And the Qi standard itself deals with such heating by shutting the charger down if such heating is detected, so it’s not like it’s an unknown issue.

An example of what might happen was posited by Qualcomm’s Mark Hunsicker. He suggested, for example, that your car might have a low-frequency resonant charger in it, meaning you can simply put your phone down and it will charge. But if the kids have dropped some change in the area, the coins may heat up, and when you reach your destination, you’ll find that the phone didn’t charge because the charger, having noticed the heating, shut down.

This scenario would not occur with the higher frequency. Now… I suppose a system designer could build in an alarm when this happens, notifying the driver that the charger has stopped so that he or she can remove the offending metal, but there’s no denying that that’s something of an inelegant solution if there’s an alternative that bypasses the whole issue.

WPC claims, however, that the higher frequency approach can cause interference issues. The fundamental frequency is in an unregulated ISM band, as we noted before, but it’s the overtones that can create issues, and he claimed that there were specific instances of automobile AM radio interference. Mr. Hunsicker says, however, that there are plenty of ways of preventing any interference, and he voices complete confidence that this will not be an issue.

The need to provide backwards compatibility, which is the main motivator for maintaining the lower frequency, doesn’t really require having the same frequency, at least in theory. Each of these standards has a handshake protocol, so a discovery process could be used to figure which standard a nearby device supports and charge it accordingly.

It may not be quite so simple from a practical standpoint, however, since the electronics for the two frequencies share very little, so it would essentially be a complete dual design with some arbitrating logic on top to control the handshake and discovery. You can also imagine that, even given such a dual-mode design, the charger would have to be able to simultaneously charge multiple devices at the different frequencies. Probably doable, but not ideal. And certainly not the most economical solution for folks building these systems.

Meanwhile, the Power Matters Alliance (PMA) is also currently working the topic, and WiTricity chairs their resonance working group, saying that the PMA approached them for help in putting a standard together. As a result, you might expect that the evolving standard might more closely resemble what WiTricity is doing. (Although I know from personal experience that, once a standards body takes something on, if it’s truly an open process, no one can really control the result – the standards group can do what it wants.) No results here yet (and most standards bodies are understandably shy about making discussions public before their time). They appear to be the last group to start on resonance work, so we’ll have to wait to see what happens here.

Finally, a new group – the Alliance for Wireless Power (A4WP) – has formed, and they have already created a standard called Rezence (which appears to be pronounced “reh-zens”, like “resonance”, not “ree-zens”, like “regency”). At the top levels, it looks similar to what WiTricity has done. Except for one thing: WiTricity wasn’t involved. In fact, they joined the A4WP just a couple of weeks ago. The devil’s details will now be examined to find similarities and differences.

The A4WP was founded by Qualcomm and Samsung based on work that Qualcomm had been doing since 2007. I asked why yet a third organization was needed, and the reason is twofold: they don’t want the lower frequency that WPC is working, and, when they initially approached the PMA with a proposal, he says they were rebuffed. So they went forth with their own organization, and I guess it’s fair to say that they blew past the others (presumably having started work before the PMA did).

According to their president, Dr. Kamil Grajski, they have “completed the technical specifications, launched a consumer-facing brand, launched a global network of authorized test labs for product certification, and certified the first wave of products aimed at the multi-device smartphone user experience.“  Nordic has already announced a BT-LE solution for it. Not bad for a one-year-old organization… (You’ll be particularly appreciative if you’ve done standards work before.)

There are many companies that are members of all three organizations. Although WiTricity is involved in the PMA effort and recently joined A4WP, they say that they’re supportive of all three groups, and they really don’t want multiple standards. Says CEO Eric Giler, “Let’s not do that again,” referring to the multiple standards for inductive charging.

The other possible interesting arena will be intellectual property: WiTricity claims that there’s really no way to realize resonant systems without encroaching on their patents. And patents are always a dicey deal around standards. But there’s a concept that’s been around for a long time (and now has its own acronym): as long as the IP holder is willing to license the technology on a fair, reasonable, and non-discriminatory – FRAND – basis (also known as RAND), it’s all good. WiTricity says that they’re a FRAND company, so they’re not getting in the way of any of the standards efforts.

But the A4WP hasn’t been asking WiTricity’s permission with their standard, and they’re basing it on Qualcomm’s prior work. Which would suggest that Qualcomm has some IP claims in this space as well. Qualcomm says that they’re confident in their patent portfolio. Even the WPC’s Mr. Perzow, when I asked about WiTricity’s claim to broad coverage, responded, “Good luck with that.”

It feels to me like Rezence is going to be the one to watch simply because it’s complete, with a certification process put in place at the end of last year. So now it’s trying to get OEMs to implement the standard. The other two groups aren’t done yet, so they’ll be playing catch-up. And the WPC will have to balance Rezence’s early start against the value they perceive in their existing Qi legacy.

We’ll see how this sorts out over the next year or two. It seems like there’s room for cooler heads to agree on a single version. But I’m not holding my breath.