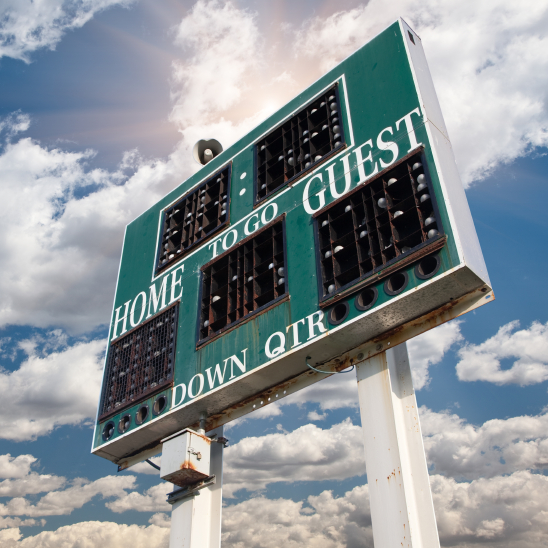 The Mistake of Marketing Market Share
by Kevin Morris

We humans are a competitive bunch. Our competitive instinct inspires us to many of our greatest accomplishments. It’s not enough to simply do a thing. We need to do that thing better than the other guy, or the other team. Engineering is no different. We may pretend that we are simply “problem solvers,” but the truth is – we don’t just want to trap mice, or even trap mice efficiently. We want to design the “better” mousetrap.

After all, that is the primary purpose of modern technology – to WIN!

Of course, before we can have a proper competition, we need a way to keep score. Unfortunately, since most of us are in technology as a business, we inherit from the business world one of the world’s worst scoreboards – the market share meter. If you’re selling Pepsi or Coke, market share may have some merit. After all, your products are utterly undifferentiated from your competitors’ offerings, and completely interchangeable. All of them are basically water and corn syrup. You don’t find one situation where only Coke will work, and another where Pepsi is clearly the better solution.

Technology shares just about nothing with these commodity markets. And, as a result, market share is not only a terribly inaccurate measure of success for a tech company – it can be downright misleading and destructive. We’ll take a look at a couple of tech markets that we know and love, just to see where and how the wheels fall off of this badly designed bus.

But before we get to that, let’s think for a minute about who actually cares about market share. After all, we’re here to talk about the fallacy of marketing your market share. If you worked hard to earn the #1 spot, shouldn’t you brag about it? Won’t your customers be impressed? Or, if you’re gaining points steadily from the long-time leaders, shouldn’t the market hear that you’re the hot commodity on the rise?

To answer that question, most of us need to look no farther than our own purchasing behavior. How many of the products you buy, own, and use are selected on the basis of market share? (Hint, the answer is probably zero.) In fact, for how many products do you even know the market share? (And, we’re talking about ones you buy and use every day.) If you found out your breakfast cereal slipped from 23.5% market share down to 20.7%, would you be tempted to change your diet? What about your running shoes? Are you wearing the market leader, or number sixty-two? Do you care?

Moving this to the engineering domain, I don’t think many of us design in a component based on popularity. With the major exception of operating systems and instruction set architectures, it really doesn’t matter. You probably don’t give a flip whether your linear regulator is gaining or losing pie-chart real estate. You want one that will solve your design problem.

Inside a company, however, the view is much different. You probably experience this yourself. Most companies are acutely aware of their own market numbers, and they use them as a measure of their progress. Even if you don’t know the competitive position of any of the components you designed into your widget, you almost surely know where your widget stacks up against other, similar widgets. Company meetings probably feature PowerPoint slides showing the latest trends in the score and how your products stack up. You can almost hear the cheering crowds urging your team on to victory. But this fascination with market share numbers tends to begin and end in the office lobby. Inside, everyone is obsessively focused on the score. Walk out the front door, and it’s hard to find anyone who cares.

This market-share myopia can have an oddly enormous impact on the business decisions and marketing strategies of tech companies. Often, in our obsession with the numbers, we lose track of the real thing we are trying to accomplish – building a successful technology business. How can market share lead us astray? Because, like any game, this one is amenable to bending – and even breaking – the rules. Market share can be manipulated, and companies you know are doing it every day.

Let’s take the example of the FPGA market. Every quarter, we can get an estimate of the relative revenues of company Y vs company Z. If you’re trying to decide whose devices to use for your next project, does this tell you anything useful? In reality, not a thing. This quarter’s revenues are primarily a result of volume shipments of devices that were designed into systems 4 or 5 years ago. Those devices themselves are long-since obsolete. And, even if they weren’t, the dollar-volume wouldn’t tell us much about which ones were the best. They are more an indication of which vendor was lucky enough to be designed into systems that were themselves successful.

The devices that are being marketed today have just about zero bearing on quarterly revenues and market share. If you choose an FPGA and design it into your product today, then your product is a smashing success in the market a year from now, then your manufacturing department orders large quantities of devices to fulfill their volume requirements in a year or three after that, you’ll be part of that FPGA company’s “surprising success” in a market share bump five years from now. Who knows what the FPGA company will be selling by then, but it won’t be the product you just used.

Oddly, in the FPGA space, we have an additional enigma. FPGAs are widely known as superb prototyping vehicles. It is arguably their greatest strength as a technology. However, revenues are primarily derived from big volume production orders. This puts us in the unusual situation where market share isn’t much related to the thing the devices do best – prototyping.

But, putting the time delays aside, are market share numbers at least reasonably accurate? After all, since those are public companies, there isn’t much wiggle room for miscounting, right? Wrong. Companies regularly push or pull big orders across quarter boundaries – trying to boost a struggling quarter or spread the success of a great one. In the semiconductor space (and in FPGAs in particular) there is also the deep dark secret of announcing end-of-life. Need a revenue bump for a weak quarter? Just announce that some of your aging devices are going out of production soon. Then, all the companies who are using those devices in production systems have no choice but to place big “last chance” stock-up orders so they’re not left out in the cold. Suddenly, your weak revenue quarter looks pretty awesome.

There’s also the game of moving revenues between products and product families, and nowhere is this game played with more brutal finesse and regularity than the electronic design automation (EDA) business.

In EDA, several analyst firms gather data and report market share numbers for the various tool categories and segments. The best known of these is Gary Smith – formerly of Dataquest, and now principal of Gary Smith EDA. Gary is a wonderful, ethical, and highly professional guy who does a respectable and responsible job of compiling and reporting EDA market data. The problem is that he is regularly given data that is heavily manipulated.

Let’s say a new type of EDA tool hits the market. Let’s also say that two or three EDA companies build or acquire this technology and are selling competing versions of this new tool. If you’re running an EDA company, you want your version to be #1 right? It might just take $5M or so of revenue to have a commanding market share lead. Also, in your EDA company, you have a popular, mature tool with $100M+ in revenues and a 70% market share. Nobody will notice or care if you siphon off $3M or so and report it for the new tool instead. So – that’s exactly what you do.

That may sound like blatant fraud, but it really isn’t. The reason is, big EDA companies have to make up all of their market revenue numbers anyway. That’s right – they don’t actually know how much of any tool they sell. A large fraction of their overall revenue is from multi-year, so-called “all-you-can-eat” and “remix” deals. These work like selling lunch at a Vegas buffet. People pay $20 to get in. At the end of the day, how much of the revenue was the grilled shrimp, the prime rib, or the mashed potatoes? Nobody really knows. For accounting and reporting purposes, you can pretty much make up any split you want. As long as the total is accurate, nobody can call your bluff.

For the big EDA companies with literally hundreds of products in dozens of categories dividing up hundreds of millions in revenue, the reporting of product revenues is nothing but a giant game of (ahem) “I doubt it.” Each company is trying to guess what the other guys will report in categories where they want to win, and reporting just enough to earn the spot they want in market rankings. The poor analysts are left with little choice but to analyze, graph, and publish these dubious results. Really, in the big scheme of things, nobody but the EDA companies cares.

What we are left with is a bunch of race cars with speedometers that are accurate to only plus-or-minus about thirty percent. Oh, and they don’t actually show how fast their car is going right now. Instead, they show how fast their other car was going in a race four years ago. So, next time you want to issue a press release bragging that your product just pegged the market share meter – you might want to give it a second thought. You’re probably the only one who cares.

One thought on “Keeping Score”