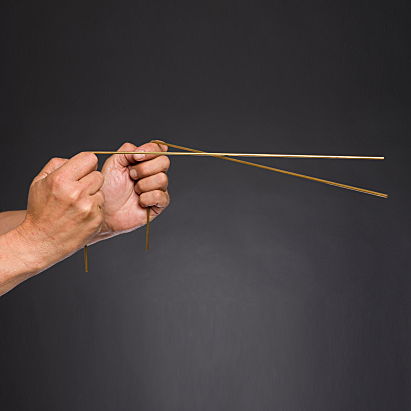 We Need Some Steenking Badges!

As first-world problems go, losing your car keys is a bad one. Losing a whole warehouse full of shippable merchandise is probably worse, but warehouses typically have lots of people standing around watching over the goods. But what do you do when you’ve lost your car keys somewhere inside the warehouse? Needle, meet haystack. Not so easy now, huh? What are you going to do?

If you’ve planned ahead, you’d have little badges on your keys – badges stuffed with technology designed by DecaWave. The Dublin, Ireland startup has created an itty-bitty little chip it calls the ScenSor that’s designed to solve this, and much larger, problems.

DecaWave specializes in what’s called real-time location systems (RTLS), which is basically indoor GPS for movable items. Unlike real GPS, however, RTLS chips like ScenSor are two-way. That is, they both broadcast and receive. They receive tracking signals so they know where they are, and they transmit a signal so that you know where they are. It wouldn’t make much sense to have a receive-only chip that knows where it is but won’t tell you.

DecaWave’s claim to fame is ScenSor’s small size. Location tags are nice and all, but they have to be exceedingly small and cheap to be commercially viable. Nobody wants to hang a bulky $5 tag on every $15 paperback book in the warehouse, so the tags have to be physically small and cost next to nothing. DecaWave feels it’s got both of those criteria nailed, with a 6mm package size and volume price of around $2.

How’s it work? Well, that depends. There are various competing schemes for indoor location, and ScenSor works with the three most popular methods. In the first case, there’s the relatively dumb, “How close am I?” method. This relies on a simple beacon signal from each tag and a handheld reader than can distinguish signal strength (and optionally, direction). The user simply waves the reader around like a Geiger counter or a divining rod, heading toward the source of the signal. There’s no triangulation involved, just an electronic game of Marco Polo.

The second method works more like terrestrial GPS, with fixed transmitters scattered around at known locations, such as the corners of a warehouse. Each ScenSor tag then triangulates its position based on the strength of these incoming signals and the relative difference in their arrival times. When it’s interrogated by a reader, the tag gives up its position. This mode is useful for locating misplaced goods inside a building or other known area that has RTLS “anchors” set up.

Finally, there’s “fireman mode,” where there are no fixed anchors or reference points at all, and each tag must determine its position using nothing but its spatial relationship to all the other tags in the area. Each tag squawks out an ID while also listening for the ID squawks of other tags. Based on signal strength, angle of arrival, and timing information, each tag can then independently calculate its own position relative to all the other tags. That doesn’t tell you where this “tag cloud” is in real space, but it’s still plenty useful. DecaWave suggests that emergency first-responders can use this method to locate each other in real time as they explore an unfamiliar structure.

Remarkably, each ScenSor chip has a location accuracy of just 7 centimeters (that’s less than 3 inches in old money). With that kind of precision, there’s no excuse for losing a package, roll-around cart, expensive lab instrument, or wandering patient. Three-inch accuracy means you can tell which side of the wall an item is on (a common annoyance with less-accurate positioning systems).

The effective range is variable. Like any low-power wireless device, ScenSor chips are subject to interference and obstructions, especially since they’re intended to be used indoors. Under ideal circumstances (radio silence, tissue-paper walls, no Faraday cages), ScenSor chips have a range of over 300 meters (1000 feet). DecaWave says you can depend on a 40-meter range inside a more realistic building.

The IEEE 802.15.4a specification governing RTLS specifies ultrawideband transceivers as a way to avoid interference with other common inhabitants of the wireless spectrum, so ScenSor chips are fairly immune to Wi-Fi or Bluetooth signals. Nevertheless, facilities managers often like to put their RTLS anchor beacons in the same place as their Wi-Fi access points, which is exactly the wrong thing to do if you’re trying to create a network of ultra-sensitive low-power tags. Thus, DecaWave is working on a special Wi-Fi–immune version of ScenSor that’s meant to live directly inside an access point. If you can’t beat ’em, join ’em.

Like Wi-Fi, ZigBee, or Bluetooth, the basics of RTLS are standardized to make vendors’ chips interoperable. That means DecaWave can’t compete on the concept of indoor positioning, only on ScenSor’s specific implementation. But if the company has cracked the code for small size, low power consumption, and low cost as it claims, it may have finally located the missing keys to widespread success of RTLS.