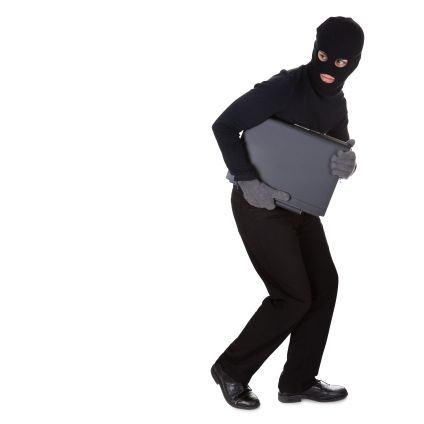 Nirvanix Failure Leaves Customers in the Lurch
by Jim Turley

Let me just start by saying, “I Told You So.”

Cloud-storage company Nirvanix just filed for Chapter 11 bankruptcy protection, abruptly shutting its doors and informing its customers that they have exactly two weeks to come get their data.

What are you going to do, start a marathon download from Nirvanix’s servers to yours? And then upload it all again to a different service? Hope you’ve got a really fast connection at your office. Alternatively, you’ve got two weeks to hustle your butt down to Nirvanix’s San Diego headquarters with a bunch of DVDs, tapes, or USB drives under your arm.

Receptionist: “May I help you?”

Receptionist: “The line forms out in the parking lot. Have a nice day”

What a sketchy business, yet investors poured $70 million into Nirvanix over its lifetime. From a marketing perspective, it’s utterly undifferentiated. It’s storage. How is one company’s offsite disk farm any different than another company’s offsite disk farm? How do you compete on anything other than price per gigabyte, bandwidth, or – hysterically – security, all of which are undifferentiated commodities?

In an era of steadily increasing disk capacity and steadily decreasing disk prices, many people inexplicably buck the trend and rent disks from somebody else. Somebody far away, with their own business goals and their own idea of speed, reliability, and security. Somebody holding your data. Well, for a while, at least.

Let’s say you buy a new computer. It’s got a shiny new processor, lots of RAM, a high-resolution screen, and the latest version of Linux, MacOS, Windows, or whatever you prefer. The new machine is all yours, except for the disk drive, which belongs to XYZ Corp. in Corpus Christi, Texas. Yessiree, the storage in your computer isn’t actually in your computer. It’s off someplace else because… uh… why did we do it this way again?

Oh, that’s right: better performance. Instead of connecting the disk drive with a six-inch SATA cable, it’s connected with a thousand-mile­-long, packet-switched Internet connection. A connection that doesn’t belong to you, but rather to an amalgam of telecommunications conglomerates that sell you a monthly subscription to use their wires to store and retrieve your own data. A subscription that allows said company to censor the data passing over its wires if it deems such content inappropriate. Or to disconnect you entirely, without benefit of trial or even evidence, if some random copyright holder decides you’re untrustworthy. A connection that can fail at any time, separating you from your data. A connection that can be monitored, tapped, slowed, stopped, corrupted, disconnected, or diverted. Sometimes even on purpose.

Cloud storage is the world’s longest, slowest, and most expensive SATA cable.

Sure, local disk drives can fail. Most of us have lost data to a disk crash at one time or another. Making backups is a good idea. Storing them offsite is an even better idea. But relying on the cloud for main storage, let alone for critical backups, seems deliberately beef-witted.

It’s not as if these services have a great track record, either. Cloud company MediaMax (later renamed The Linkup), had a wee little scripting error that accidentally deleted the data of 3.5 million customers. Oops. A year later, they did it again, but then had the good sense to shut down the company.

The mighty Amazon was brought down twice in the same month following a thunderstorm. So now your data is subject to the weather. Can lightning affect your own computer? Of course, but it won’t take 1.3 million other people down with it. A single point of storage means a single point of failure (even if it’s a really big single point).

And then there’s the security angle. People wring their hands over NSA spying, PRISM, warrantless searches, and privacy rights – and then push their data to SkyDrive, iCloud, Amazon S3, Box, Dropbox, SoftLayer, and similar commercially motivated cloud stores which, let’s not forget, are doing this for the money. This despite the revelation that most or all of those firms have already shared their customers’ data without their knowledge or consent.

Nirvanix’s failure also highlights more mundane commercial hazards. Simply by running out of money, cloud companies put their customers at risk. Service level agreements (SLAs) that guarantee 100% uptime, routine backups, and secure facilities are useless; contracts are enforceable only when the company signing it is still in business. Close the doors and you’re off the hook. So sorry.

What if, in a desperate last-ditch attempt to shore up their finances, your cloud company sells your data to Amazon or Google or Fredrick’s of Hollywood? What if it’s shared with competitors (either theirs or yours) or auctioned off to advertisers? It’s all very gratifying to sue their asses, but the damage will already be done.

Maybe it’s time to stock up on SATA cables.