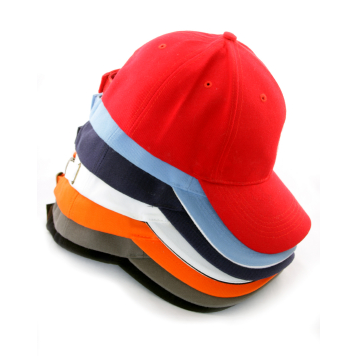 It’s like coming back to a place you used to know and finding that everything has changed.

A few years ago, when MEMS was just a(n) FLA to me, I decided to try to figure out a bit more of what it was about. Someone I was working with at the time used to be associated with a MEMS company – one working on monolithic CMOS/MEMS – and so that was what I studied first.

I didn’t do anything with that specific story at the time, but now, a few years later, I’ve come back to that company – and everything has changed.

The company is Cavendish Kinetics. I’ve recently mentioned them briefly here and there with respect to both MEMS yields and smartphone antenna tuning. But those mentions didn’t get into the guts of what they do.

My memory may be failing me, but I recall switches that actually relied on that perennial MEMS bugaboo stiction to hold a state. The Cavendish Kinetics goal then was to create a non-volatile memory that could survive the harsh conditions that will play havoc with a standard transistor-based memory. Like out in space.

Problem is, that’s a pretty small market. So, as has happened so many times in the MEMS world, they went back to the drawing board for a new approach and a new market. And that approach is to use those switches not as memory elements, but as variable capacitors. And it’s not like they simply reused their old switch; they had to retarget that as well.

The idea is to create an RF tuning circuit that will repurpose a given antenna for different bands. Right now, either a phone has to have multiple antennas, or it must make one antenna do for multiple frequencies. But in that single-antenna case, the antenna will be optimized for only one frequency; the rest will be inefficient.

Retuning the antenna means reoptimizing for the specific band being used. And this is done with variable capacitors. But it has to be done in a manner that’s consistent with RF signals (analog, high voltages, high frequencies) and consumer-friendly yields. Cavendish Kinetics is trying to retune an antenna from 700 MHz to 2.5 GHz, which covers 41 different bands.

Any RF circuit is going to be judged by at least one thing: quality. Or loss. Or Q. Or any of the other various parameters used to judge what a “good” circuit is. This may sound trivial, but according to Cavendish Kinetics, the “insertion loss” factor that is often touted and spec’ed isn’t so meaningful. The number is relevant only when driving a 50-? line – which phone antennas mostly aren’t.

What Cavendish Kinetics focuses on instead is “equivalent series resistance,” or ESR. This models the circuit as having a simple resistor in series with the RF path. Higher ESR means more resistance and more loss. They say that one typical approach, BST (barium-strontium-titanate) variable capacitors add as much as 3 ?, meaning a loss of 3.5 dB, knocking out 60% of the data rate gains you were hoping for by doing the tuning in the first place. On the other end of the spectrum, a high-quality discrete cap can add as little as 0.25 ?.

So they needed an approach that would go easy on the ESR. If you’re going to build a MEMS switch in bulk silicon, then you’re relying on the oxide layer for the basic capacitance. Problem is, it can break down at too low a voltage. So you end up needing to make a cap out of multiple layers stacked up to boost the overall breakdown vulnerability. And that approach results in a higher ESR.

Another approach is to have a variety of fixed caps and then to select them using a separate switch. Problem here is that the switch is in series and adds to the ESR.

Instead, Cavendish Kinetics decided to build switchable capacitors out of the metal stack. They use just one dielectric layer, reducing ESR while allowing them to handle as much as 650 V (although it looks like they spec only 50 V, consistent with RF signals). This also puts the cap right there where the metal is, which is where the signals are, and it’s laid out in an RF-friendly manner, with thicker, wider metal.

So what we have look like switches – and indeed, that’s the most economical way to refer to them – but in fact, each switch is really a variable cap that can take on one of two values. The switching action moves the capacitor plate up or down, so all the circuit sees is the cap, not the switch.

Within the cap chamber itself, there are mechanical stops in place to define the two positions of the capacitor plate. The plate is moved by an actuating voltage; that voltage isn’t about setting the position of the plate (so it’s not like BST, where an analog voltage value sets the capacitance value). The voltage is really more about how fast the plate moves from one position to the other.

Right now they use between 22 and 24 V, which is generated by a 30-V internal charge pump. They can tweak the actual voltage for each design, and they say that lower voltage generally gives a better Q. But from a switch standpoint, if the voltage is too low, then they won’t make a good contact. If it’s too high, then they risk slamming the plate too hard into the stop.

Even with this “digital” approach, the capacitance of any given switch can vary. So one “capacitor” is actually built from several small ones connected in parallel; the averaging helps to smooth out capacitance variations. These can then be formed in an array to give different combinations for different capacitance values. It’s basically a single-pole, 32-throw switch (five-bit select).

Using the metal stack also makes it easier to integrate the caps monolithically with the electrical circuits. There are no process steps that would jeopardize the integrity of any transistors. Release and seal are done in a vacuum to rid the switch chamber of any contaminants that might lead to stiction issues down the road (stiction is no longer their friend). They don’t use any getters to maintain sufficient vacuum. The die is bumped and sold without packaging (so-called chip-scale packaging, or CSV), so there are no post-processing package complications.

This summer they debuted this new technology, making it available to strategic customers. The challenge is to prove that they are consistent and reliable – that the devices can switch over and over again, always providing consistent results. They claim to have demonstrated billions of switching events with no problems.

So they’re off and running; we’ll see over the next year or two how well this technology gets folded into the next generations of cell phones.

8 thoughts on “A New Variable Capacitor”