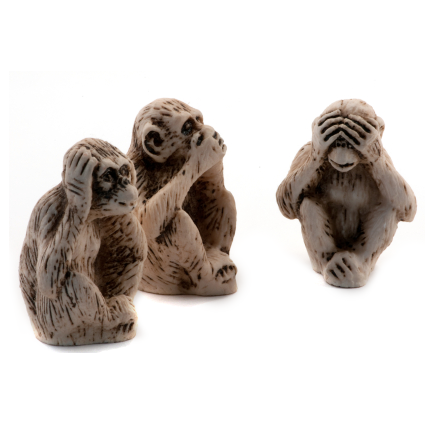 AMD has begun to peel back the covers on its embedded processor roadmap, and it looks… okay. There are no major surprises or breakthroughs on the horizon, but the company does seem to have a plan for staying relevant to embedded engineers for at least a few more years.

The one thing AMD has going for it that no other processor vendor can claim is that it’s a “switch hitter,” producing both ARM-based and x86-based embedded processors. That looks to be a sound strategy going forward, given that ARM and x86 dominate the embedded market (more on that anon). Unlike archrival Intel, AMD has swallowed its pride and branched out into ARM-based chips. And, unlike any other ARM vendor, the company has a strong x86 product line and ample talent to keep it going. It’s a two-pronged strategy that no one else can match.

Here’s what’s coming: At the high end, a new chip codenamed “Bald Eagle” will combine 2–4 new x86 cores built around the “Steamroller” microarchitecture. (Steamroller replaces Piledriver as AMD’s top-end x86 core design.) It will have on-chip graphics from ATI’s Radeon HD 9000 family. And the chip will have a TDP of anywhere from 17W to 35W, depending on number of cores, clock speeds, peripheral mix, and phase of the moon. Bald Eagle will be branded as an R-series chip, much like today’s high-end R-series chips and boards.

About six months later, AMD will roll out its first 64-bit ARM chip, codenamed Hierofalcon (yes, it’s a bird). This one will have 4–8 Cortex-A57 cores, ARM’s highest of high-end CPU design. Hierofalcon is intended for customers in networking and communications, so it’ll have 10-Gbit Ethernet, ECC, PCI Express Gen 3, and ARM’s TrustZone security features. Like Bald Eagle, Hierofalcon will dissipate around 15–30 watts, so doubling the CPU core count and adding all the network-centric I/O more or less offsets the architectural efficiency of ARM over its x86-based stablemate.

At the low end, AMD is planning a chip called “Steppe Eagle” that is a continuation of today’s G-series embedded x86 chips. Like today’s parts, the new one will utilize the existing “Jaguar” x86 core design and the same Radeon HD 8000 graphics. Power remains unchanged at 5–25 watts TDP in the same 28 nm silicon process. It even keeps the same pinout and PCB footprint as the current chips. In fact, it’s not clear what Steppe Eagle offers that existing G-series parts don’t already have. AMD says the newer chips will have “enhanced” CPU cores and higher clock speeds, but they won’t elaborate on either claim. My guess is that a slightly tweaked CPU pipeline will squeeze out a little more speed while leaving power unaffected. Pretty much a free performance upgrade, then.

On the whole, I’d say the three new chips are… okay. There’s nothing earth-shattering here, but it’s good to see that AMD’s engineers are keeping busy. In our discussions, the company was surprisingly low-key about the prospects for its new ARM-based product line. Perhaps AMD doesn’t want to set expectations too high, but I would have expected aggressive claims of market-share gains in the ARM-based server and networking business. Instead, the company said that Hierofalcon and its follow-ons may eke out a few percent of the market share after a few years.

Regardless of any modest prospects, I think AMD’s dual-architecture strategy is a good one, and one that it can claim as its own. Plenty of other companies peddle multiple CPU architectures (Freescale, Atmel, Altera, etc.) but none have the magic duopoly of ARM and x86. The ARM part is easy enough; anyone can sign an ARM license and start designing ARM-based chips. Dozens of companies have. It’s the x86 part that’s hard. Dozens of companies have failed at that. It’s exquisitely difficult to clone the byzantine architecture of an old dungeon, and, even if you manage it, customers will be suspicious of it for years to come. Being “partly x86 compatible” is like being partly pregnant. It’s a nonstarter.

That puts AMD in a fantastic position – theoretically, at least – to cover nearly the entire embedded market all by itself. The 32-bit embedded world is overwhelmingly a two-horse race between x86 and ARM. According to market-research firm VDC (which counts dollars spent, not the number of chips sold), x86 chips account for 44% of the global business, while ARM chips have 36% market share. MIPS, PowerPC, and everything else get just 7% apiece.

The outlook for 2016 is nearly identical, with the slices of the pie changing by just 1% up or down – well within the margin of error for crystal-ball gazing. The only thing that changes is the size of the overall market, of course, up from $11.3 billion this year to $15.5 billion in 2016. That’s an extra $3.2 billion worth of chips in just three years. Nice work if you can get it.

Stated another way, just two CPU families account for 80% of an entire $15 billion market. Every other processor family you know of has to battle over the remaining scraps. Sounds pretty lopsided, right?

The reality is even more lopsided than that. Remember, all x86 chips come from just two companies, AMD and Intel. They get to split (quite unevenly) that big 44% slice of the pie. On the other hand, ARM’s 36% slice is split among about 100 different ARM licensees. So no one ARM vendor even comes close to the market share that AMD or Intel can claim. Yes, ARM itself collects royalties on every one of those chips, but the companies actually selling the chips command very small slivers of a very fragmented market.

(As a side note, there are far more 8-bit and 16-bit processors sold each year than 32-bit or 64-bit chips, but the revenues are lower, because low-end processors are cheaper than 32-bit chips. No surprise there. But 32-bit chips aren’t necessarily more expensive to make, so the profit margins are quite a bit better, which explains why most of the research, development, and new product announcements happen at the high end of the market.)

AMD is the only company with a horse in both races. Granted, it has the smaller share of the x86 pie, and exactly zero share of the ARM pie, at least for now. So it’s a small player no matter how you slice it. Hierofalcon isn’t going to suddenly transform AMD into a major force in the ARM world, by its own admission. But it does position the company as a supplier anyone can deal with. Interested in ARM-based server, networking, or embedded chips? We got that. Prefer the old-school x86 architecture? We got that, too. And, the company has top-flight graphics, courtesy of ATI. Given those three assets, it would be pretty hard to screw up the business. We’ll see.