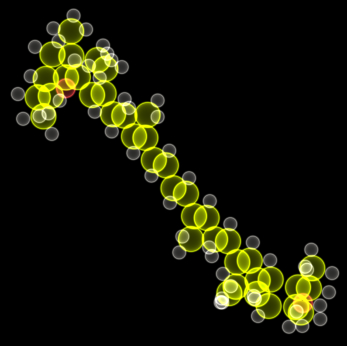 Drugs and Electronics in Grenoble
by Dick Selwood

Strange how things in life come together.  Two weeks ago I was listening to a presentation about medical technology and microelectronics, and one of the issues that microelectronics could help solve is the delivery of drugs only to the area affected – for example, delivering directly to a tumour rather than the rest of the body. Seven days later I was flattened by the side affects of an antibiotic. I had taken it to treat a relatively small area of infection in the gut, and, as well as treating the gut, the antibiotic was hammering my whole system.

The talk about medical delivery was part of an open day at CEA-Leti, in Grenoble, France. Describing Leti is not simple – it all goes back to France and the way the French do things. In 1945 France was still a backward country by modern standards, and it had not been helped by the German occupation and then by the battles of the liberation. It embarked on a programme of modernisation, which included extending electricity to a huge mass of the country that had none, and to rebuilding itself as a major world power. Atomic energy was seen as an important part of both of these plans and the Commissariat à l’énergie atomique (CEA) was established by the government to help drive them forward. Today, nuclear-generated electricity, from 59 reactors at sites across the length and breadth of France, provides 78% of the country’s supply, a percentage that is falling as the country looks to alternative energy supplies. This is reflected in an extension to CEA’s name: since 2009 it has been called Commissariat à l’énergie atomique et aux énergies alternative – the Commission for nuclear energy and alternative energies.

Leti (Laboratoire d’électronique des technologies de l’information –laboratory for electronic information technologies) was established, along with other labs, in 1967. It now employs 1700 people. Alongside this are 240 PhD students, post-doc researchers and about 200 people from partner companies. The focus is micro- and nano-technologies and their applications, which includes the obvious wireless, embedded, and related applications, but it also extends to photonics, biology and healthcare. As well as the expected clean room (8,000 m2 or 80,000 square feet), it also has Clinatec, a 6,000m2 clinical unit, operated in conjunction with the Grenoble University Hospital and Joseph Fourier University in Grenoble. These buildings, plus others, are all on a brand new campus – Minatec. Leti has strings of patents and strings of spin-off companies.

Incidentally – in France, organisations and companies have long names, which are then abbreviated to pronounceable or semi-pronounceable acronyms. Every major high-street has a branch of FNAC selling books, music and consumer electronics. Apart from sounding like a curse – may the FNAC fall upon you – it originally, in 1954, stood for Fédération Nationale d’Achats des Cadres or, would you believe, National Shopping Federation for Managers.

The Director of Leti is Laurent Malier, a very open man for such a senior person. Before launching the open day he sat down and described how Leti works. Their charter is to work with industry, and the bulk of their work is on joint projects with commercial organisations, starting with research and then moving out into development. The intellectual property created remains in the ownership of Leti (it holds nearly 2000 families of patents), but the partner gets initial exploitation rights. Around half the work is on silicon-based micro- and nano-electronics. While this can be compared with IMEC https://www.eejournal.com/archives/articles/20111020-imec2/ , Malier sees as a major difference that where IMEC works with multiple partners on mainstream technologies, Leti works on more focused technologies.  Instead of FinFET as the way of continuing the drive to smaller geometries, Leti is working on FD-SoI (Fully Depleted Silicon on Insulator). This technology is, in some ways, less complex than FinFET and, according to Malier, is a good alternative both cost- and performance-wise and potentially has better yield. STMicroelectronics is moving FD-SoI into production at the Crolles fab, about twenty miles away from Grenoble.

While FD-SoI is one route forward to improved performance, another is 3d chips, stacking one on top of another and communicating using TSVs (Through Silicon Vias). This is technology for which they have massive experience, and they see it, coupled with MEMS products, as a route to the Internet of Chips, their view of the Internet of Things.

The underlying process technology is given lots of prominence in discussions, and it is possible to look at the patterning technologies and all kinds of other things, but the other half of Leti’s activities are about what to do with the things created in the fab. This is where the medical work comes in as a part of a key focus on health, alongside other targets, such as communication and safety and security.

It is mainly applications that are driving the spin-offs, and so far over 50 have been created. Not all have survived, but the survivors currently employ around 3,000 people. There has been support for these companies: for example, CEA has a venture capital arm. Now Leti is strengthening start-up/spin-off support with a new programme that will provide advice on a wide range of issues, such as sources of funding, and a mentoring program. Within the City of Grenoble there is a new company incubator, GRAIN (Grenoble Alpes Innovation) providing office and lab space and advisory services. One speaker suggested the reason that many of the spin-offs haven’t been as successful as their potential would suggest is that the area is too comfortable for a start-up.

There were presentations of three of these start-ups. Primo1D is just launched and is working on E-Thread, a thread carrying integrated LEDs, sensors, or RFID devices, with the thread itself acting as power supply or as an antenna. The thread can be woven with cotton or other fibres into a garment (a dress with flashing LEDs?) or other textiles. One target area, which is looking very promising, according to one of the founders, Dominique Vicard, is RFID for hotel and other linen, making sorting easier and faster at laundries.

A third, INFUZ, is currently moving to commercialise the results of a project to apply the tools being developed for the analysis of big data in the commercial realm to analysing process control data from silicon manufacturing.

Funding for Leti is around 80% through the contract work, and the rest from the state. But it is a little more complicated than that. In France there are at least four levels of State: the central government, the régions (27 of these – for Grenoble it is Rhône-Alpes), the départements (101 of these, and Grenoble is in l’Isère), and finally, the lowest level, the commune, in this case the city of Grenoble. At each level there are people whose role is to drive economic growth, and this includes direct funding and other, indirect, means of support. For example, in Grenoble, one of the tram lines (light rail) runs to the Minatec campus and is being extended to more research buildings under construction. GRAIN, the incubator, is funded by region, department, city, and Europe.

Oh – and I nearly forgot. There is also a higher level of support from the European Commission, the pan-European sort-of-government. One of the external speakers at the Leti open day was Kahlil Rouhana, Component and Systems Director at the European Commission. He was setting out the new microelectronics strategy, which aims to have Europe producing 20% of the world’s silicon products, through co-operation and specialisation, particularly in the three clusters of Dresden (Silicon Saxony); the Leuven (Belgium)/Eindhoven (Holland) axis, developed around Imec; and Grenoble. By concentrating on these clusters, the intention is that Europe as a whole will benefit.

I think one of most interesting aspects of the open day was that, rather than cram it with “Aren’t we doing well” presentations from Leti, there were third party speakers in areas where Leti is active, to provide a global context to the lab’s activities. Yang Du, Director of engineering at Qualcomm Research, talked about building the biggest technology platform of mankind, and the numbers, even if they are not new, are somehow overwhelming. Growths of 1000X in data traffic, as people send more pictures of cats and tweet the contents of their breakfast, but, more importantly, stream video and work with software in the cloud, is going to create a need for new ways of building and configuring networks. Another external speaker was leading industry analyst Handel Jones, with a series of densely packed slides on where the semiconductor industry, including MEMS, is going.

But a presentation that had me riveted was from a senior thinker at drug giant SANOFI. Maya Said has a string of degrees in both engineering and biology from MIT, and she is a great presenter. “Big Pharma” is under a lot of pressure. Externally there are attacks by politicians on market domination and by academics on the way in which medical trials information is published. But there are other, and in some ways even bigger, issues. Said said we had the paradox that scientific progress isn’t translating into better healthcare. As an example, she put forward Seroom’s law: where Moore’s law shows things growing exponentially, Seroom shows that the number of drugs being introduced is falling exponentially, (halving every nine years), and those that are introduced are costing more to develop. These two are linked – if a drug is going to cost a lot to develop then a company will look at drugs that will sell only in large quantities. They will concentrate only on major diseases, with the consequence that diseases that are “minority” problems are going to be ignored.

Also, increasingly, we are faced with diseases that are very difficult to understand – such as the different forms of dementia. This is where microelectronics can begin to help, both in diagnosis and in treatment. MEMS devices have the potential to deliver doses of treatment to very precisely defined areas of the body – to a specific tumour, or to a small area of the brain.

Another issue is that, unlike engineering generally, where a negative result from several years’ research is seen as a contribution to the general corpus of knowledge, this is not the case in the biological and life sciences:”failures” are swept under the carpet. This is part of the reason why negative clinical trials results are not published.

The current regulatory regime for the introduction of new therapies is geared to whole body treatments, and, as well as contributing to the lengthening introduction times, is also not fit for the purpose when reviewing new therapies.

So we are facing a future where, as we live longer, we are developing more complex diseases for which we have no sensible way to develop treatments. Leti hopes that Clinatec will begin to resolve these issues.