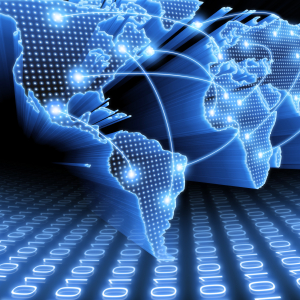 The Internet of Things is Coming

Wherever you turn there are stories about the Internet of Things (IoT). The numbers are enormous, with many trillions of end-point “Things” being casually tossed into the discussions. While the Internet was created for people to use to access information and, then, only later, did it become a channel for people to communicate with each other, so, in ten years’ time the idea that the Internet is primarily for people is going to appear as so old-fashioned: the bulk of the internet connections will have been taken over by machines. (Although, it can be argued, the bulk of the traffic will still be for humans.)

With today’s Internet, where do you draw the boundaries? Home Wi-Fi and hard wired networks, office LANS and VPNs – these are clearly part of the Internet. Cell-phone networks have now to be seen as part of the Internet, as smartphones have become end-point devices for watching movies and browsing the web. And the smartphones themselves can be configured to be Internet access points for other devices, such as tablet computers.

You know something is trending when people start inventing new words. So far I have heard nano-controller (a controller that is much smaller than a microcontroller), the Internet of Me, and, in the two days that I have been working on this article, Sentrollers, (from GreenPeak Technologies, meaning devices that combine sensor, actuator and controller) and Location Stickers. This last was passed along by Nordic Semiconductors and describes a new product the size of a US quarter that has a buzzer and light. The idea is that you stick these onto your car keys, your TV remote control, your kid, or your dog, and then, running an app on your smartphone, you can track them down, both through a radar screen on the app and presumably by the buzzer buzzing or the light flashing. I suppose you can also stick one on your smartphone and use another smartphone to track it down. While the last two neologisms may not have much of a life, I suspect that the nano-controller is likely to be around for a long time.

We need to look at some of the sub-systems that will make up the IoT. One, which will be with us sooner rather than later, is the Smart Grid. This is being driven by serious financial and resource pressures and, depending on whom you talk to, ranges just from load balancing of the electric supply grid at a local level, down to the ability for the utility company to control the use of specific appliances. At its most basic, one can get remote meter readings from Smart Meters. This can be extended until there is a controller in each power socket in the home. At its extreme, one could envisage that in times when demand was high, it might be feasible to turn off clothes-driers and other non-essential appliances. Certainly this would have to be with the pre-approval of the customer. However this has not been greeted with total approval: a British newspaper headlined a report on a European discussion document on the smart grid with Big brother to switch off your fridge. Even Smart Meters aren’t universally popular – the attempt by PG&E to install meters with Wi-Fi capability for drive-by meter reading caused an outbreak of Wi-Fi allergy in California.

Surely, I hear some of you saying, isn’t M2M (Machine to Machine communication) what you are talking about? Well, in a way, yes. But M2M will itself become just another part of the IoT, as each M is potentially given an IP address. And there are plenty of IP addresses around now that IPv6 has been published. IPv6 uses a 128-bit address, allowing 2128, or approximately 3.4×1038 addresses. The world population is roughly 7.2×109 people, so IPv6 provides approximately 4×1028 addresses per person.

There are some who would argue that giving a light bulb a 128-bit address when the message is going to be a simple “On/Off” command might be just a little over the top. And this is why there will be sub-nets within the overall IoT, such as ZigBee or EnOcean (which combines energy harvesting with a wireless protocol), that may use some of the existing protocols for communications.

One sub-net will be in the home. This will provide remote control, probably from a smartphone or its successor, for heating and air-conditioning, for lighting and even for turning on the kettle so it is ready to make tea when you come through the front door.

More sub-nets will be those within your car.  The car will be talking to the wider world through some telematics applications – gathering traffic information, for example. But within the car there will be multiple nets, both wireless and wired. They will be monitoring tyre pressure, exhaust gas contents and lighting, or controlling the lights, the suspension and the steering. Again we will have a range of communications protocols.

One important enabling mechanism for the IoT will be straightforward interfacing between the different sub-nets. But some of the really interesting work is going to be at the end-points – the Things. In essence, each end-point will need to be able to interact with the local environment through a sensor and/or an actuator; will need a power supply from energy harvesting or a battery or a connection of some kind, a communications mechanism – wired or wireless, and some intelligence – perhaps the nano-processor.

The interface to the local environment will almost certainly be MEMS for sensing pressure, temperature and other parameters. Activation – switching things on and off – may also be MEMS. (And we are tracking progress in this area with our MEMS and smart systems coverage.) The power for energy harvesting is going to come from temperature differentials, photo-voltaic generation, piezzo-electric action, vibration… – even just single mechanical movement, like flicking a light switch. There are significant advances in the research labs for batteries and capacitors/super-caps to store energy. (Bryon Moyer wrote about this recently.) In some very low use, very low power applications, just a simple battery might give a life of several years, while for more demanding applications, designers will combine energy harvesting and energy storage to create the optimal mix. Communication will be through a silicon interface of some kind, and the intelligence – the nano-processor – will also be silicon.

With all this silicon, the first thought is going to be to use an SoC, combining all the elements in a single chip. This will certainly be the case for very high-volume products. But more likely for lower volumes will be, I think, the use of 2.5D devices, combining several different chips on a single substrate. This will leave a huge amount of flexibility for the system designers to combine devices from different suppliers in a single package.

The next step is perhaps progressing to true 3D, where silicon layers are stacked as a sandwich. Communications between layers uses direct contact between adjacent chips at specific points and Through Silicon Vias (TSVs) for non-adjacent chips to communicate through the intermediate layers, but without connecting to them.  True 3D will provide faster communication and use less power as well as producing a very compact package.

Over the last few weeks, at Design West, at DATE, and through press releases and phone briefings, I have been bombarded with information about the IoT. Several start-up companies, currently in stealth mode, will be coming up with products that will be extremely useful in this area. It is not certain, for example, that any of the existing processor architectures will lend themselves to the very low power consumption and simple processing that will be essential for end-points. Energy harvesting and energy storage are both making steps forward in the labs and are likely to see real products within a couple of years. MEMS developments are entering the mainstream, with smart-phones driving very high volume manufacturing.

One area that is going to require work is that of communication. There will have to be work on new, simple, and low power communications. The problem is that this will require working parties made up of commercial companies and academics, and these take a long time and don’t always produce a good result. ZigBee is an object lesson in how what started as a very simple, low power mesh-networking system evolved into a multi-headed monster with multiple versions, some of which are far from simple and low power.

Perhaps there is a stealth mode start-up that is going to come out with something that will meet the requirements and also have a simple interface to the Internet Protocols?

The IoT is inevitable. What is less clear is the detail of how this will impact our everyday life. It should make life easier, matching personal requirements against resources available (The Internet of Me). It has the potential for organisations, governmental and corporate, to provide better services to the community. But equally, it offers the potential for them (or nasty people working for them) to pry even more closely into what individuals are doing. One example that I was given is derived from the Smart Grid monitoring individual homes’ power consumption. It is easy to see patterns of low use that match the house being empty. While this provides the power company with the ability to provide power to offices and factories, it also provides a nice list of targets for a burglar.

Perhaps we should look for other developments alongside the technical ones needed for a seamless IoT. These should concentrate not on technology but on the social aspects and hold the developers to high ethical standards. In the meantime, just hope that there remain journalists who can try to keep an eye open for these unwelcome trends.

One thought on “The Internet of Things is Coming”