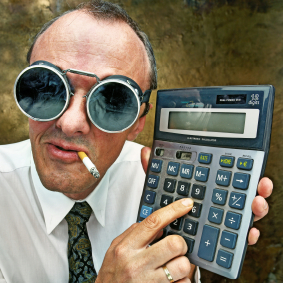 Tech Journalism is Changing; How Much Do You Care?
by Jim Turley

Back when I was a little kid in elementary school, one of the youngsters in my class was a pathological liar. He’d tell the tallest tales about the famous people he’d just met, the exotic countries he’d jetted to over the weekend, and, in one case, about his lock-picking exploits and subsequent run-in with the law. It was all very exciting, and, gullible youngsters that we were, we believed all of it. One of our more mature classmates, however, saw through all the smoke. She’d frown and say, “Consider the source,” whenever we asked about the latest exotic tale.

Some things never change. Today, almost all of our news comes through third-party sources, whether it’s TV news, blogs, newspapers, water-cooler chatter, radio, Twitter, podcasts, or any other medium. Very little of what we know do we learn firsthand. That’s normal; that’s how societies work.

The implication is that we trust other people to tell us about the outside world. Maybe that’s Fox News; maybe CNN; maybe Al-Jazeera, or some combination of these and other media outlets. We like to think that our chosen news channels are honest, even-handed, and unbiased (or at least, that they share our existing biases). Sometimes we don’t actually want the truth, we’re seeking confirmation, but that’s another discussion entirely.

My point in all this? Unbiased news for engineers is going away. One by one, the independent nerd-news outlets are disappearing, replaced by company-owned blogs and tradeshows. That change is driven by economics, but I think the consequences will be felt far beyond the counting house and will affect every engineer working anywhere, on any project. That means you.

Once upon a time, EE Times, EDN, Embedded Systems Programming, Comdex, Microprocessor Forum, and other publications, shows, and events were all run by independent companies. And by “independent,” I just mean “not a chip or software or EDA company.” The publications were owned by publishing companies, and the shows were organized either by those same publishing companies or by standalone show-putter-onners. Some were big, some were small. Some were successful, and some less so. But you always knew that the writers and emcees were on your side of the curtain, so to speak. The guy writing the article about Acme’s new chip wasn’t getting paid by Acme. We didn’t really care how he was getting paid, just as long as it wasn’t through Acme.

That’s not true anymore. One by one, the chip and software and EDA companies have started their own in-house journals, blogs, or print publications. Oftentimes they’ve hired away the very journalists who used to write about them for the old magazines. That’s all great. Among its many virtues, the Internet has drastically lowered the cost of publishing and made it possible for anyone to start a blog. A million new voices can now be heard on any imaginable topic, including engineering. Again, all good. Information wants to be free.

But that change comes with a downside. The company-owned blogs are, by definition, owned by the company, and the in-house blogger providing all the content is a company employee. That’s exactly the opposite dynamic from what we’re all used to. And it begs the question, “How much can I trust a guy on the company payroll?”

Don’t get me wrong. I’m not saying former journalists have suddenly become unscrupulous turncoats – far from it. As the saying goes, some of my best friends are former journalists. But they’re not in the same job anymore, and not really serving the same audience with the same objective third-party outlook. It’s just a different job.

On one hand, a corporate blogger “on the inside” might have access to the best information. I mean, who better to extoll the virtues of a company’s product than the guy who works for them? He can spend all day talking to its developers and product managers, and he’s got the strongest incentive to broadcast that information to the world.

But by the same token, he’s unlikely to have any access to a competitor’s products, developers, product managers, users, or customers. So his view naturally grows more lopsided: Better information on one side; less information on the other.

Where do head-to-head product comparisons come from in that world? Who’s going to explain the differences between Widget A and Widget B? Where do you learn how Acme compares to its three competitors, or that it’s losing money and market share because its products are inferior? If Acme is planning to abandon the widget business, stranding its loyal customers, will the corporate blog mention that? At best, the company might put a positive spin on the story. At worst, it ignores the subject entirely and you never hear about it. I can’t see any corporate PR feed covering even half of those topics, no matter how pure the bloggers’ intentions.

If all technology news is company-owned, bought, and paid-for, who covers the startup companies that don’t have a big PR budget? Are we now equating newsworthiness with fiscal resourcefulness?

The counterargument is best summed up as: Get over it. Independent journalism is dead; publishing’s business model is obsolete; without company-owned publications we’d have no publications at all, so be grateful those writers even have jobs. Even if that’s true – and I’m not acceding that point – it’s still terrible news for engineers. That’s like saying a government-owned newspaper like Pravda is the only news you’ve got, so read it and shut up.

Some would argue that there’s no such thing as “independent” journalism anyway, so what’s the big deal? After all, weren’t those old-school magazines supported by advertisements? Where do you think those ad dollars came from? How did you think the writers got paid? We expounded on that topic quite a bit more back in 2009.

While that’s true, the nature of the independent journals meant that there were dozens of different ads, not just one, so the money came from a number of different sources. The idea was that no single advertiser could exert a big influence on the publication. Even if Acme threw a hissy fit and pulled all of its advertising dollars, the magazine would take only a small hit. (And probably make up the difference selling ads to Acme’s competitors.) It all evened out. Really well-run publications also isolated their writers from their advertising salespeople. Most writers literally couldn’t see the ads. For years, I edited magazine pages that had blacked-out areas were the ads were supposed to go. That’s still true now: I have no clue what ads will run alongside this page.

So yes, even so-called independent journalists get paid indirectly by product companies, albeit so circuitously that it’s practically money laundering. Are in-house corporate bloggers any different? There’s a good audio discussion on this very topic between Kevin Morris (the owner of this site) and Lou Covey, a journalist turned media consultant.

But forgive me if I’m suspicious of the “news” coming from corporate mouthpieces. Again, they may have access to the very best information. Better, perhaps, than I could glean working on the outside. Any maybe they have years of experience and insight to help put that information in perspective. And maybe they have the highest regard for even-handedness and a sense of duty to their readers. But the mere appearance of bias compromises the perceived value of the information. As honest and straight-up as these folks are, there will always be that glimmer of doubt, that question of how much the message has been scrubbed by its corporate sponsor. As I learned in third grade, consider the source.

7 thoughts on “Consider the Source”