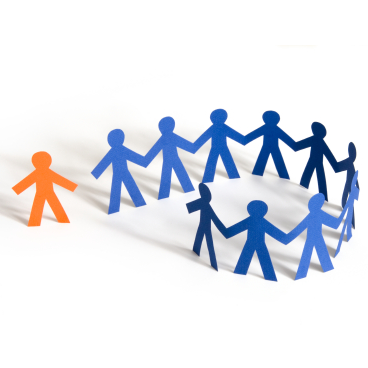 You know, it’s getting really hard to keep all these new ARM chips straight. I mean, who doesn’t make ARM-based microcontrollers these days? Last I looked, ARM had more than 100 licensees – a hundred! – and most of those companies are cranking out chips for you and me. What’s a poor engineer to do?

Rejoice, that’s what. Choice is good, and by golly, the massed ARM armies are providing us with a lot of choice. Engineers and programmers never had it so good. Well, as long as you like the ARM architecture, that is. If you’re not an ARM user, you’re probably feeling a bit left out right about now.

That’s okay. We’re an inclusive group. Come a bit closer. Step into the circle, state your name, and say, “I’m a programmer and I’ve never used ARM before.” We’ll all clap politely, and afterwards, we can sip coffee from Styrofoam cups and chew on half of a doughnut. Welcome to the group, friend.

One of the best and most inclusive support groups out there is based in Dallas. Texas Instruments makes innumerable ARM users feel welcome by offering a rich array of ARM-based microcontrollers and development tools. The company acquired another ARM proponent, Luminary Micro, a few years ago, and that brings us around to today’s announcement.

Luminary made a bunch of cheap, quick, and good ARM-based microcontrollers under the Stellaris name. That’s all gone now; henceforth, those chips will be called Tiva. Tiva stands for Texas Instruments… uh… something, something. Actually, it’s just a made-up brand name that breaks the last connection with the old Luminary Micro branding. It’s also the umbrella term that TI will start using from now on for all of its low-end Cortex-M parts. Recall that ARM itself has three different product lines: the A-series, R-series, and M-series. TI has adopted all three, where the high-end parts fall under the OMAP or Sitara brands, midrange parts are called Hercules, and low-end microcontrollers are Tiva. Got all that? If so, an exciting career in marketing awaits you.

The first sub-category of Tiva parts (you knew there had to be one) is the Tiva C-series. Here the C actually does stand for something: communicate, connect, and/or control. In short, Tiva C-series MCUs have a Cortex-M4F processor core combined with a bunch of serial peripherals and some analog/mixed-signal stuff. The details change from chip to chip, but the basic premise stays the same. C-series parts are intended for low-cost, high-volume devices like home automation, user interfaces, motor control, and other lightweight embedded or industrial uses.

The initial flurry of Tiva C-series parts includes the C123G, the current top-of-the-line as far as Tiva chips go. It runs at 80 MHz, has 256K of flash, 32K of SRAM, and 2K of EPROM (mostly for key storage and other important parameters). The analog/mixed-signal block includes three comparators, two 12-bit ADCs, a built-in temperature sensor, and an LDO voltage regulator. Nothing fancy, but a nice basis for your typical motor- or sensor-control gizmo.

At the other end of the chip, there are two quadrature-encoder inputs and 16 PWM outputs, covering your basic motor-control needs. As promised, there’s also a bunch of serial interfaces, including full-speed USB with OTG, eight UARTs, six I2C channels, two CANs, and more. Like any decent microcontroller, the C132G also has onboard clocks, timers, DMA, watchdogs, oscillator, and so forth.

In all, TI says it will roll out 50 different variations of the Tiva C-series, although that’s counting different package types, temperature grades, and memory sizes. That boils down to about six “real” variations on the chip. The stripper model retails for just $2.15 if you buy your MCUs ten thousand at a time. TI will be happy to take your order today, with delivery sometime around mid-June.

It’s worth pointing out that all the chips have a floating-point unit, courtesy of the Cortex-M4F processor core, so you can do some decent kinematics on the device. Between the encoder inputs, the PWM outputs, and the 80-MHz FPU, these little guys could make some nice inexpensive motor controllers. There’s no LCD controller for a user interface, although you could hook something up via the USB, I2C, or even a UART. There’s also the CAN, so a shared connection over an industrial or automotive network is doable, too. The higher-spec parts will cost more than $2.15 (especially in smaller quantities), but even at $5 or $6 apiece, that’s a pretty handy device for moderate complexity motor control.

True to form, TI offers a ready-made evaluation board for Tiva, this time called LaunchPad. What’s remarkable is that LaunchPad costs just $12.99. Yup, that’s 13 bucks for a development board with the Tiva C123G MCU on it along with a bunch of headers, switches, and sockets. There’s not a lot of active circuitry on the LaunchPad board, but what do you want for $13? You can buy optional plug-in daughterboards loaded up with sensors and whatnot, and these are oddly priced at $50 or $60 – considerably more than the motherboard they plug into. Regardless, you’re up and running for under $100, and if that’s a problem, you should probably be working with Legos instead of microcontrollers.

As a final note, TI consistently ranks at the top when embedded developers are asked whose development tools they like best, so you’ll be in good company. Even if you’ve never worked with an ARM-based MCU – are there any such people left? – you’ll likely be happy with the Tiva C123G. Help yourself to a doughnut.