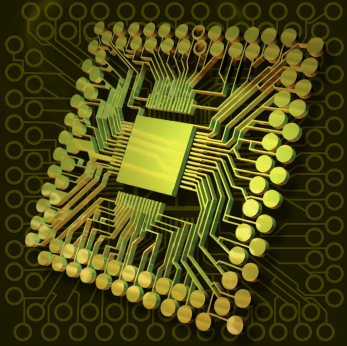 They say there’s a fine line between insanity and genius. And to be honest, I’m not sure which side I’m on.

Which side AMD is on, that is. (I already know what side I’m on.) Last week, Advanced Micro Devices dropped one of the biggest bombshells in its long and storied history: the company will start making 64-bit ARM processors, in addition to its usual x86 chips. It’s either a brilliant move or complete lunacy, and I’m not sure which it will turn out to be.

First, some background. AMD is known far and wide as the #2 maker of x86-based processors, behind #1 behemoth Intel. AMD’s chips are generally a bit cheaper and a bit slower than Intel’s. For decades, AMD has played shy understudy to Intel’s marquee star. There have been a few brief (very brief) moments when AMD’s chips were actually superior to Intel’s, but that didn’t happen often. For most of its history, AMD has been the small but gutsy competitor that kept Intel honest. Indeed, the U.S. Department of Justice narrowly avoided labeling Intel a monopoly, based largely on AMD’s existence. Cynics argue that Intel actually wants to keep AMD alive to avoid legal entanglements.

The common thread through all of this is that both companies make x86 processors. Oh, sure, both firms have flirted with other architectures in the past—Intel with the i960 and i860, AMD with the 29000—but except for those forgivable dalliances, both have stayed loyal and true to the x86.

Not anymore. AMD is now on record as a two-architecture company. Starting about 18–24 months from now, the company will make ARM chips in addition to its bread-and-butter x86 chips. AMD licensed ARM’s newest and most powerful processor core, the Cortex-A57, and expects to peddle chips based on that design in 2014. The new ARM-based chips will be high-end devices for servers, not PCs, and will also include AMD’s on-chip bus architecture (which it acquired from SeaMicro awhile ago) and possibly some ATI graphics as well.

AMD is quick to point out that it’s not getting out of the x86 business. Instead, it will offer both ARM-based and x86-based server chips, and “let the market decide.” That’s a nice PR line, but in reality the chips will likely be quite different and leave no doubt as to which chip a customer might want. It would be foolish to develop and sell two nearly identical chips that differ only in their CPU cores. It’s more likely that AMD will create ARM-based chips with a low-power focus and x86-based chips tuned for maximum performance. Either way, AMD becomes one of the highest-profile names on ARM’s long honor roll of licensees. It’s a big deal for both companies.

But is it good strategy for AMD? That depends on where you think AMD fits in the microprocessor world. If you view AMD as a competitor to Intel, it’s a brilliant move. Making ARM-based chips is the one thing that Intel will likely never do. After years of producing “me, too” products, AMD can finally get out from under Intel’s shadow and produce a line of chips that Intel can’t and won’t produce. AMD can lead where Intel won’t follow. The latter’s corporate ego is too big to make processors based on ARM or anyone else’s architecture. (And yes, technically, Intel has already produced chips based on outside CPU architectures—including ARM—but those were always low-key and/or short-term projects. The company remains utterly committed to x86, which it calls “Intel Architecture.”)

But if you see AMD as just another player in the wider world of microprocessors, and not just “that other x86 company,” the strategy looks a lot more iffy. There are more than 100 companies licensed to make ARM processors, and half-a-dozen are making ARM-based server chips. When AMD’s new darling emerges in 2014, it will land right in the middle of competing chips from Applied Micro, Calxeda, Cavium, Freescale, Marvell, and probably others. It’s hardly a revolutionary idea. In fact, AMD is kind of late to the party. And what exactly will AMD have to differentiate itself from the above-mentioned players, plus any others that may join them over the next year or two?

Well, there’s the AMD name. Seriously. The company has been selling Opteron server chips (x86-based, obviously) for a long time, so it’s got established sales contacts at most of the major server makers. It has a history of supplying those companies—and a pretty good track record of balancing price, performance, and delivery. That reputation ought to count for something.

On the other hand, AMD doesn’t appear to be offering anything remarkable in terms of technology. The Cortex-A57 processor core isn’t AMD’s personal design; it’s the generic one produced by ARM for its licensees. So not only will AMD be competing against other ARM processors, it will be competing with the exact same ARM processor that many of the others use. Of course, AMD knows a thing or two about competing against nearly identical CPUs.

Then there’s the on-chip interconnection, SeaMicro’s “Freedom Fabric.” Yes, an advanced on-chip network is necessary if you’re going to make high-end networking chips, but everybody else knows that, too. Calxeda, for example, has been touting its on-chip fabric for years, and it’s already shipping chips. By the time AMD’s new devices hit the market, Calxeda will be on its second, or even third, generation of processors.

Then there’s the ATI graphics. AMD’s announcement suggests that it won’t be including graphics on its ARM-based server chips, which would make sense. That’s more of a PC/client thing. So the in-house ATI expertise doesn’t affect AMD’s competitiveness one way or the other.

Finally, there’s the silicon itself. AMD outsources its semiconductor fabrication to third parties (like everyone else), so it can’t differentiate on that front. These new chips will likely be made at Global Foundries or TSMC—right alongside the chips they’ll be competing with.

So if we tally up the score, we see that AMD has: The exact same CPU core as its competitors; the exact same silicon process; an equivalent interconnect fabric; and an irrelevant GPU. Let’s call it a draw.

As an aside, I can’t help noticing that none of these components use AMD’s in-house technology. It’s all licensed, outsourced, or acquired. The CPU core is ARM’s; the GPU is from ATI (which AMD bought fair and square); the interconnect is SeaMicro’s (ditto); and the fabrication is rented. What exactly does AMD provide in this mix?

Apart from the AMD brand name and a two-year delay in entering (or even identifying) the market, I don’t see that AMD has much of an advantage here. Not compared to the half-dozen other chipmakers hoping to power servers with ARM processors. Compared to Intel, AMD has an ace up its sleeve that its competitor can’t trump. But AMD isn’t competing with just Intel. The minute it stepped away from the PC poker table, it opened itself up to a whole new world of competition. The PC-processor market may start to seem tame by comparison. At least you knew who your competitor was. Now AMD is playing for bigger stakes with a bunch of unknown, wily, and shifty characters. We’ll see if hedging its bets turned out to be the right move.