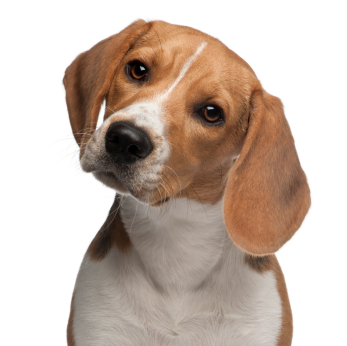 Another day, another ARM encroachment into nontraditional markets.

Last week ARM announced yet another addition to its dizzying array of licensed hardware IP, this time a high-end multiprocessor interconnect fabric designed for servers and networking equipment. Are we sure this is the same ARM processor architecture that started out in the little BBC Micro home computer, lo those many years ago?

Yup, pretty sure. I’m also pretty sure this is the same ARM that’s been grinding its way into the low-end microcontroller market with its Cortex-M0, stealing market share from traditionalists like Renesas, Freescale, Microchip, and others.

Overall, it’s good times for the boys and girls from Cambridge. ARM has become the de facto standard choice for a lot of embedded developers. You almost need a reason not to use ARM chips.

First, the network thingie. The new announcement was code-named Dickens (another popular British export) but officially known as CoreLink CCN-504. The name stands for cache-coherent network, and the 504… well, more on that in a moment. What CCN-504 does is to join as many as 16 ARM Cortex-A15 processors together, while also tying in high-speed I/O, caches, network interfaces, memory, and so forth. It may not be as sexy as a new processor, but it’s just as important if you’re designing high-end ARM-based networking equipment. And these days, who isn’t?

What makes the musically named CCN-504 interesting is that it includes the entire L3 cache. So it’s not just another on-chip network, like AMBA or AXI—it’s more of an on-chip subsystem that happens to include AXI interfaces. Since Cortex-A15 processors have their own L1 and L2 caches, the CCN-504 supplies the L3, et voila! you’re done.

It’s all about time-to-market, kiddies, and this new interconnect/subsystem will get you there in a hurry. Most network-chip makers aren’t really interested in designing the interconnect themselves (with some exceptions, such as Calxeda); they just want to get their shiny new ARM-based chips to market pronto. Designers will license the CCN-504 for all the same reasons they licensed the Cortex-A15 in the first place: it’s quicker and easier than doing it themselves, and they can add value elsewhere.

As for that -504 part? The first digit is ARM’s standard prefix for interconnects, but the final digit tells you how many “clusters” of four ARM processors it supports. Four clusters equals 16 processors. But there are other versions on the horizon, including one that will support “a lot more” than four clusters. In other words, expect to see a 32- or 64-processor version before too long. ARM also hinted that a single-cluster version is on the drawing board, for designers who might want only four total processors.

All in all, this is part of ARM’s master plan for world domination. The company, through its many licensees, is making a serious run at the high-performance, high-profit server market. That used to be a traditional Intel stronghold, with some miscellaneous MIPS, PowerPC, SPARC, and proprietary RISC processors thrown in. ARM seemed like the least likely CPU to show up at that party, but, as we’ve discussed elsewhere on these pages, it’s likely to become the presumptive runner-up to Intel pretty soon.

Over at the other, more-affordable, end of the spectrum, I petted a BeagleBoard last week. If you haven’t brought one of these cute little puppies home for yourself, you should. BeagleBoard is TI’s brand of a $125 evaluation board, this one with an ARM processor (naturally). BeagleBoard is analogous to Raspberry Pi, Arduino, PandaBoard, and a number of other similar low-cost development boards. It’s a cheap way to get started on ARM software development; even if you don’t like the board’s hardware, you can at least run some code and worry about board-specific features later.

On the other hand, if you do like the hardware, you can keep it. Meaning, BeagleBoard is open-sourced, so you can use, reuse, or borrow the schematics any way you like. Same goes for the onboard software. There’s nothing about BeagleBoard that you can’t steal and repurpose for your own project. That makes it uniquely powerful, and its popularity is reflected in the number of websites, resources, and discussion groups dedicated to it. It’s handy as an introduction to ARM hardware and software, or as a full-on platform for your own development. Either way, it’s $125 well spent.