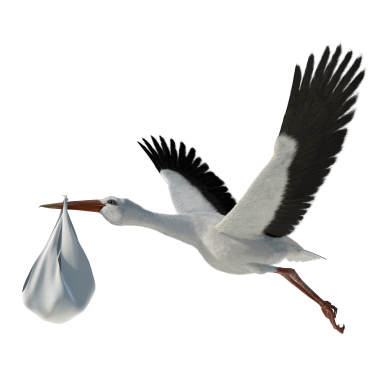 To Microsemi and Actel – an SoC

Why do companies buy other companies? In one case, I was told, it was because a very large multi-national organisation had an M&A (Mergers and Acquisitions) group and the group needed to justify their existence by carrying out projects. But, more sensibly, the main motive in the headline events that make the financial pages of the newspapers, or even the heavier news programmes on television, is usually financial: the intention is that the combined company will be worth more than the two individual units through the magic benefits of synergy. Trimming overlapping administrative functions should save money (but it never seems to be as much as was first planned). In technology, the acquiring company will often buy another to improve the products they can offer – filling a gap, extending the range, replacing a weak product with something stronger, or having a new product that may help to increase sales of existing products. (In some cases they may buy a company to stop a rival getting their hands on the technology, or even to kill a rival technology.)

What is interesting is that, by financial measures, only around 25% of takeovers actually work – that is, if the metric of success is that the value of the combined companies, over time, has exceeded the value of the individual companies. So when Microsemi started talking about a major new SoC product announcement, it seemed like a good time to find out what had happened to Actel and how well the acquisition was working.

You must remember Actel — the company that was the perpetual number three in FPGAs, with its own technologies of antifuse and flash memory competing with the SRAM technology of the two big boys. These technologies allowed it to carve out a very nice niche in defence- and aerospace-related markets, but it never seemed to get going in the volume FPGA markets. Microsemi, which bought the company just about two years ago, specialises in defence and aerospace, amongst other high-value markets, so the reasoning behind the acquisition was clearly that it would give them a broader portfolio to offer to the purchasing teams.

The new announcement is the first major product announcement since the acquisition and is of the SmartFusion2 – what Microsemi is calling an SoC FPGA. The original SmartFusion was announced in March 2010 and positioned as

With SmartFusion2, the headline claims are low-power, security, reliability, and real-time, all coming together to target Actel’s traditional demanding (and potentially profitable) markets.

First, let’s look at the supporting evidence for the claims. We are going to concentrate on the features of the product and mainly ignore the benefits to the user – you can work out for yourself how useful these are going to be. (And I can hear marketing teeth across the world gnashing in anguish as I say this!) Real-time is achievable through a 166MHz implementation of an ARM Cortex-M3 – plus (for the first time) some integrated DSP blocks and a 2X speed-up in the Fusion flash-based fabric.

Low-power is particularly good in stand-by mode, where flash memory has a strong advantage over SRAM. There is also the Flash*Freeze function, which takes less than 100 microseconds to drop the device into very low-power mode or to pull it out again.

Security falls into two sub-groups: design security and data security. Design security comes from a raft of measures including individual device serial numbers, anti-tamper detection, AES-256 encryption, and SHA-256 authentication for the bitstream. The Security Key, which allows writing to the device, is protected in multiple ways, including DPA (Differential Power Analysis)-resistant technology, a PUF (Physically Unclonable Function) for protection, and an NRBG (Non-deterministic Random Bit Generator) for key generation. The Security Key itself is stored in encrypted format in non-volatile memory. Data security involves another rash of acronyms, including many of the above, though my favourite is the 384-bit Elliptical Curve Cryptographic (ECC) Engine.

But the big issue for many of the markets that Microsemi is supplying is reliability. If you are using an FPGA in a safety-critical application, such as aircraft controls, you need to be sure that it is not going to need to reset itself. And the SmartFusion2 starts with a huge advantage in this area. The flash-based FPGA fabric is claimed to have zero FITS in configuration, and, vitally for aerospace applications, an alpha or neutron particle striking the fabric will create no errors — unlike an SRAM-based conventional FPGA. This is backed by a range of error detection and correction techniques for other areas of the device, particularly the blocks of memory.

As the processor is an ARM Cortex device, development of software for this is through the vast ARM ecosystem, and the SmartFusion2 is supported with new tools in the Actel Libero development system. You can get engineering samples to play with now, and volume production of the first members of the SmartFusion2 family (there is the usual range of different options of memory, IO, etc.) is promised for next year.

But have you noticed what is missing? There is no mention of mixed-signal and analog (AMS) – the key element in the original SmartFusion announcement.

I had a chance to speak to some of the Microsemi team, including Paul Ekas, VP of Marketing in the SoC products group, and Eric van der Heijden, VP of sales in EMEA and Russia, and so the first question I asked was, “Where is the AMS stuff?” And apparently, the customers for SmartFusion have not been using the AMS elements – or at least, not enough were using them to make it worth implementing them on the first members of the SmartFusion2 family. And then that hardy perennial of press briefings, the product roadmap, reared its head: Microsemi is not ruling out adding AMS functions to later members of the family. But there is potentially an alternative route – a multi-chip module with SmartFusion2 joined by AMS dice from elsewhere in the Microsemi portfolio. This provides a relatively low-cost approach, bearing in mind that, while Microsemi hasn’t released pricing, SmartFusion2 is unlikely to be a cheap product. In theory this approach has always been possible, but it would normally require some fairly sophisticated logistics to get round the problems of bringing dice from vendors together with the package. With all the components sourced in-house, there are many fewer issues. The FPGA/SoC die can provide speed and processing power and the other die the specific AMS functions a customer requires.

Now this starts to sound like a company that is trying to make integration work. Two years ago, within days of the takeover, the Actel name had disappeared, and the booth at the giant German electronica trade show was Microsemi branded. At electronica, the briefings were about how the FPGA business was now SoC and that the fit was good with their existing high-value products serving high-reliability and mission-critical system developers.

Two years on into a marriage it is hard for an outsider to tell what is happening. With the SmartFusion2, at least this marriage is producing offspring. Other external signs are interesting as well – the marketing collateral for space and for defence products fit the ex-Actel products into a seamless offering, and purchasing teams do like to have a smaller pool of suppliers to manage.

And the marriage seems to have moved serenely through what could have been a bumpy period earlier this year when a Cambridge University researcher’s unguarded comments led to headlines about Chinese manufactured chips in US defence projects having back-door access.  This access was felt to be potentially dangerous.  Obviously, like any good voyeur, I asked the Microsemi team about this. And the response was interesting. Firstly, the problem identified could be a minor issue in certain rather extreme and unlikely circumstances. And secondly, Microsemi had spoken to the customers who were using this product (ProASIC3), and the response was – “What is all the fuss all about?” At least that is what I was told.

On that topic, the story was broken by an English newspaper (The Guardian), and picked up and embellished around the world. If you want an example of how the Internet provides an opportunity for ill-informed people to comment, spend a few minutes browsing the coverage. Even the Scientific American had a piece that speculated without full knowledge of the facts, or even without what seemed to be a full understanding of what an FPGA is. However, there was some upside, if you are a glass half-full person: after 25 years, FPGAs were finally a topic of discussion in Scientific American and the Guardian.

If you dig around, there is a great deal of literature on mergers and acquisitions, from economic theses full of long equations that are supposed to give you an objective measure of the likelihood of success, to anecdotal explanations as to why some fail – do both companies have a dress down Friday? Having worked for a Fortune 200 company that had totally re-invented itself through acquisition and disposals, and is now no longer alive, I am convinced that acquisitions will work only if there is goodwill on both sides to make them work, and even then there can be problems.

Chinese leader Zhou Enlai was reported have said in the early 1970s, “It is too early to say,” when asked about his views on the 1789 French Revolution. It now seems likely that he thought he was being asked about the French student riots of ’68. However, whatever he was talking about, it may be too early to say if the Microsemi acquisition of Actel is a success. But it doesn’t, so far, seem to be a failure. And the SmartFusion2 seems to be an interesting product, looking much more like the Xilinx Zynq than the traditional FPGA.

10 thoughts on “To Microsemi and Actel – an SoC”