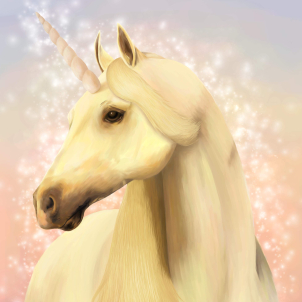 What If - There Were No Patents?
by Kevin Morris

John Lennon famously exhorted us to “imagine” a world with an alternative set of assumptions. It’s an exercise worth doing. We trudge along day-to-day with our preconceived postulates safe in their sanctuaries, seldom taking the trouble to ask ourselves what would happen if some of the underlying framework of our profession suddenly changed.

We have talked before on these pages – sometimes with a measure of controversy – about the possibility of abolishing patents. (See My IP – Brain for Rent, and Let’s Abolish All Patents.) Absolute heresy, right? The world of technology as we know it would implode upon itself, leaving a black hole of innovation that would not only prevent all future inventions from being born, but might even retroactively un-invent some of our most important technologies. Overnight we would probably revert to dial phones, mechanical relay computers, and vacuum tube audio amplifiers. (Wait, that last one might be kinda’ cool…)

Realistically, though, what would we expect to happen? Would our jobs as engineers change significantly? Would we even still have jobs? Clearly, as long as things need to be engineered, as long as people have problems that can be solved with technology, there will be a need for engineers – with or without intellectual property protection. But, how would those engineering jobs and careers be different?

Obviously, all the time we spend preparing patents would be saved. One of the fundamental precepts of patents is that we are trading disclosure of our invention for a period of exclusivity in owning it. If we took away that protection, most of us would not spend much time explaining to the world how our invention works. In fact, we’d probably do pretty much the opposite. Trade secrets would clearly be the new standard in IP protection. Instead of documenting our invention and publicizing it for the world to see, we’d be quietly obfuscating its function – camouflaging the most important bits so that the inevitable reverse engineers would have a more difficult time reproducing our results.

That might seem like a bad thing for innovation overall, but a second look is warranted. In this area, the patent system does not behave as it was designed. The idea that engineers would be perusing the patent catalog looking for solutions to various problems they encounter, and then licensing those solutions from the original inventors, is clearly preposterous. In most big engineering companies, the opposite is true. Engineers are requested NOT to look at the patents for inventions in their area, because the penalties for knowingly violating a patent are much more severe than for accidentally tripping on one. If engineers are forbidden from looking at patents in the first place, it’s easier to argue that any infringement was accidental. If engineers are not looking at the patent catalog in the first place, then they’re not using it to learn and license.

Two areas that would see a big increase in attention are the protection of trade secrets and reverse engineering. Companies with inventions that gave them an advantage would work much harder to keep those inventions to themselves. Conversely, companies that were behind the curve would be motivated to invest heavily in discovering the secrets of their more successful competitors.

However, this effect would be likely to extend much farther than the granularity of “companies.” Consider how you might behave in this world. If your circuit board designs seem to work well, but your cube-mate’s don’t, will you spend a lot of time and effort explaining why some of those traces have gradual bends instead of 90-degree angles? It depends on a number of factors, including the level of trust between you and your cube-mate, whether you think you’re ahead working collaboratively or individually, and what the culture of your company is like.

If your company doesn’t automatically own the patent rights to everything you invent, do you suddenly become much more important to them? It stands to reason that the prospect of you, your invention, and the engineering talent that created it – all walking across the street to the competitor’s shop would be much more frightening if your company didn’t have patents to protect them against you and your new company.

One industry we can look at for a hint of how things might be is food. As it turns out, there is no intellectual property protection for recipes. If you engineer a new restaurant dish that’s the talk of the town, the law offers you absolutely zero protection of your invention. It is perfectly legal for a new restaurant to move in across the street and serve your exact same dish – blatantly copied from your recipe. What behavior do we see in the restaurant industry? Chefs still innovate. Restaurants still compete. The industry still makes money. Some restaurants famously protect their recipes as trade secrets. Some blatantly publish them for anyone to duplicate – as if saying, “Take your best shot. We invented it and we know how to make it best.”

Chefs are marquee names for their employers. They are often given celebrity status and are well known to the restaurants’ patrons. They are well compensated. Hmmm…

If technology companies could not maintain a competitive advantage simply by enforcing patents, they’d be forced to be more competitive in other ways, of course. If we can’t rely on being the only people allowed to make a touch-screen, wi-fi enabled dog polisher, we’ll have to do other things well to maintain a lead on our competition. We’ll have to price competitively, give outstanding customer service, build the most reliable digital dog-polishers in the world, and market our product cleverly.

The new dynamic of the relationship between engineer and employer does have potential for abuse, however. Engineers would wield more power, and employers would doubtless try to mitigate that by more complex employment agreements. Even if our invention’s patent couldn’t be held by our employer, they could require us to sign sharp-toothed non-disclosure agreements about what we could and could not do in future jobs. In retaliation, we might be tempted to keep more of the subtleties of our inventions to ourselves, making us just a little more valuable and indispensable should things turn sour.

While the end of intellectual property protection would have wide-ranging implications for our industry and our jobs, it most likely would not spell the end of civilized, collaborative innovation. The engineering spirit is much too strong for that. While our current system is badly flawed and frequently abused, it does bring some value to the table. The question of whether that value is greater than the cost is certainly undetermined. If we ever try the grand experiment, perhaps we’ll get the chance to find out.