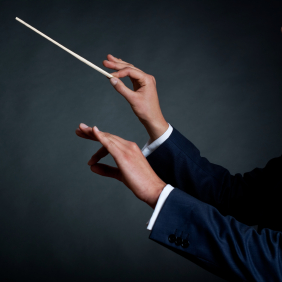 The Dark Side of Convergence
by Kevin Morris

Mahler’s Symphony #9 is a masterpiece of symphonic literature. Written in 1909-1910, it was Mahler’s last symphony, and it was considered by many to be his greatest achievement. When Mahler died in 1911, he had never heard it performed, as its premiere was in 1912 by the Vienna Philharmonic Orchestra. Unlike many symphonies, the final movement of Mahler’s Ninth – “Adagio. Sehr langsam und noch zurückhaltend” – does not end with bombastic brass and acoustic fireworks. Instead, it fades slowly into silence – thought by some to be a reference to the composer’s impending death, as he had been diagnosed with a fatal heart disease.

When performed today by the New York Philharmonic – one of the greatest orchestras in the modern world – the live listening experience can be absolutely transcendent. In January 2012, conductor Alan GIlbert was conducting the New York Philharmonic performing Mahler Nine in the legendary Avery Fisher Hall at Lincoln Center in Manhattan. The performance was masterful. In the final, delicate measures of the 80-minute piece, as the strings wove the final threads of Mahler’s emotional tapestry, an unexpected accompaniment joined in the performance – the iPhone’s familiar “Marimba” ringtone.

Certainly a cell phone ringing during a live symphonic performance is nothing new. It’s an unfortunate consequence of the technology that we in the engineering world have labored to create. Despite warnings, announcements, program notes, and a host of preventive measures taken by the management of the venue, statistics are not good. In a hall that holds 2,738 people, a 0.04% failure rate is all that is required for at least ONE mobile phone to ring during a performance. People – are just not that reliable.

Three things made this particular phone interruption unusual. First, it was incredibly loud – probably the full volume of the iPhone. Second, it was during one of the most tender and passionate moments in the entire orchestral repertoire. And third, it went on for a long time. A VERY long time. After several agonizing minutes, Maestro Gilbert did something unheard of – he cut off the orchestra, slowly turned around on his podium, and said “We’ll wait.”

The audience was livid.

People in the balconies shouted “Throw him out!”

Finally, after what seemed like an eternity, a man seated in the front row pulled out his phone, fiddled with the controls for awhile, and the ringing stopped.

We could be quick to judge the man in the front row. Clearly he did not heed the many warnings about cell phones. Obviously he had no regard for the sanctity of the performance. Certainly he was a loathsome and inconsiderate idiot, right? Right? We should all march him to the town square and stone him.

Or maybe it was not his fault but ours – the engineers that created this stuff.

As it turns out, the man – who has been anonymized as “Patron X” – was a twenty-year patron of the orchestra – one of its biggest supporters. He was between sixty and seventy. He was a corporate executive. The day before the concert, his company’s IT department had taken his Blackberry and had given him a new iPhone.

At the beginning of the performance, he did indeed silence his ringer. He was diligent about such things. However, unbeknownst to him, an alarm clock had been set on the new device. The alarm clock does not honor the “mute” switch, and it rings anyway at the appointed time. Since the man did not know the iPhone even had an alarm clock, and since he knew for certain that he had put his phone on mute, he never suspected that his phone was the one ringing. He, in fact, was as outraged as the rest of the audience. He looked up and down his row, as he could tell the ringing was somewhere near… only to finally come to the horrific realization that it was HIS phone ringing. Mortified and humiliated, he removed the device from his pocket, fiddled with the screen a bit, and hit the big, friendly, clearly labeled “slide to stop alarm” button.

The man was devastated. The next day, he spoke on the phone with the conductor – Gilbert — and apologized. The conductor accepted his apology.

Upon learning more details of the incident, the twitter torch-mob turned its ire on Apple. How could the company design a user interface that so blatantly ignored the user’s wishes?

Well, not so fast there. Again.

Our esteemed embedded editor – Jim Turley – has often admonished and advised us that our embedded systems should do what the user asks as highest priority. If the user said the phone should be silent, it should be silent, right? However, the user also told the phone that it should wake him up at a specified time – and that time had arrived. What we have here is a case of conflicting instructions from the user and the software having to decide which is more important. Failing to awaken a sleeping traveler who specifically requested an alarm at a specific time (perhaps because he or she forgot to flip the “mute” switch) was apparently deemed a greater transgression than possibly producing some unwanted noise. The alarm clock ignores the “mute” switch.

Most likely, the blame for this incident can be cast on convergence itself.

When our alarm clocks were alarm clocks and our phones were just phones, we didn’t take our alarm clocks with us to the symphony. They waited patiently at home on our nightstands – ready for their simple duty – unable to disrupt anyone’s concert experience. When someone handed us a new phone, they were handing us a device that we could quickly master – where the ringer mute switch did just what we expected – it prevented the phone from ringing.

In the massively-converged world of the smartphone, however, we can’t pick and choose what features we pack in our pockets. When someone hands you a new iPhone, the alarm clock probably represents less than 1% of the capabilities that come with the device out of the box. “Patron X” was unaware that his new phone even had an alarm clock. Mastering the literally thousands of capabilities of a typical smartphone can take weeks, months, or even years for the average user. Walking into a symphony concert with the iPhone in his pocket on day 2… he was a sitting duck.

It is oh-so-easy to make snap judgments on others. Anybody who doesn’t already know the things we know about electronics is stupid and shouldn’t be allowed access to technology. People who don’t learn the way we expect them to, or who don’t interact with our designs in the way we envisioned and intended, are morons. People who drive faster than us on the freeway are maniacs, and those who hold us up by driving slowly are idiots. Viewed through the blinders of our own experience, anybody unlike us is clearly doing things the wrong way.

The best thing we can do in engineering the user experience of our electronic systems is to step outside our own bias and experience and to try to find ways to see the world from a variety of perspectives – hopefully those most unlike our own. When our products go into the world, we don’t usually know what kind of person will use them, how much training they will receive, and what the consequences will be.

4 thoughts on “Don’t Rush to Judgment”